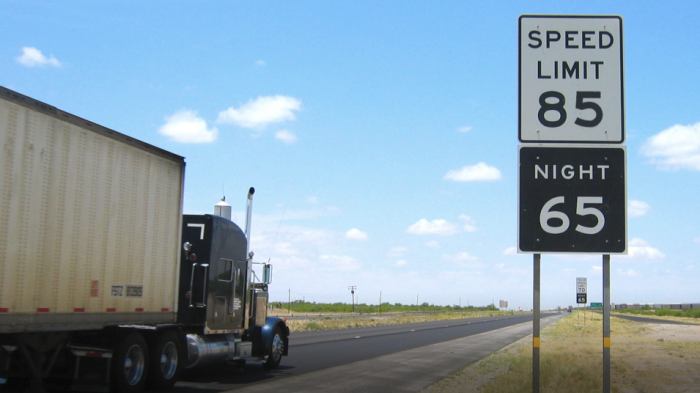 The claim that "everything is bigger in Texas" will likely gain further credence later this year, when the speed limit on a stretch of toll road between Austin and San Antonio hits 85 miles per hour — the highest limit in the country.

Constructions crews on Wednesday began posting 85-mph speed limit signs along a pending section of toll road on Texas' State Highway 130. This 41-mile stretch of highway, which will open for traffic by Nov. 11, is on the east side of Austin and heads southwest toward San Antonio.

Chris Lippincott, an official with the State Highway 130 Concession Co., said that the Texas Department of Transportation has determined that this area is safe to travel at 85 mph.

"We are committed to operating a safe, reliable highway for our customers," Lippincott said in a statement. "On any road, drivers hold the key to safety based on traffic, travel conditions and the capabilities of their own vehicles."

Since the repeal of the 55-mph national speed limit for U.S. highways in 1995, 34 states have individually raised their speed limits to 70 mph or higher on portions of their roads, according to the Governors Highway Safety Association.