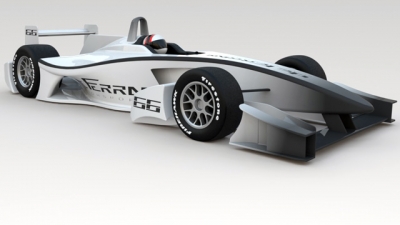 Nathan Ulrich and a group of respected industry insiders have come together to submit a 2014 Indy Lights chassis proposal. If you’ve been following my series on the intriguing and at-times unexpected names that are pursuing the contract to build the next-generation Firestone Indy Lights Series car, adding two-time CART champion, 2003 Indy 500 winner and former IndyCar and ALMS team owner Gil de Ferran to the mix shouldn’t be a surprise.

With a strong background in the technical and engineering side of the sport, de Ferran’s desire to construct racing cars has been a lifelong goal.

“Yes, I have been working on a bid for the Indy Lights contract," he said, “and I guess I’m trying to achieve one of my childhood dreams of which was to produce racing cars. There’s been a lot of research, a lot of studies to try to understand what we believe an Indy Lights car needed to be. The bid was put together under the Motorsports Engineering banner, which is the same company that used to run the sports cars."

Compared to a traditional racing car manufacturer, de Ferran has approached the Indy Lights opportunity from an outsider’s perspective. Rather than establish a manufacturing facility and attempt to bring the majority of the resources in-house, he’s brought a number of parties together to develop the concept.

“The way I approached it was simple," he said. “I know the business this season is tight. So you've got to make sure you keep your overhead very much under control. But at the same time, you’ve got to tap into the best that the industry has to offer, both within motorsports and outside of motorsports. So I got to know an American designer here a couple of years ago—Nathan Ulrich—as I was working with him on a different project.

“He’s a very experienced mechanical designer. He’s done a lot of projects, both within motorsports and outside of motorsports. Most of it consult and design. He designed a Formula Ford 2-liter car, the Radon, for example, which is absolutely stunning. That's how I got to know him. It looked like more of a Formula One car than a Formula Ford car…so I wanted to meet the guy." More at speed.com