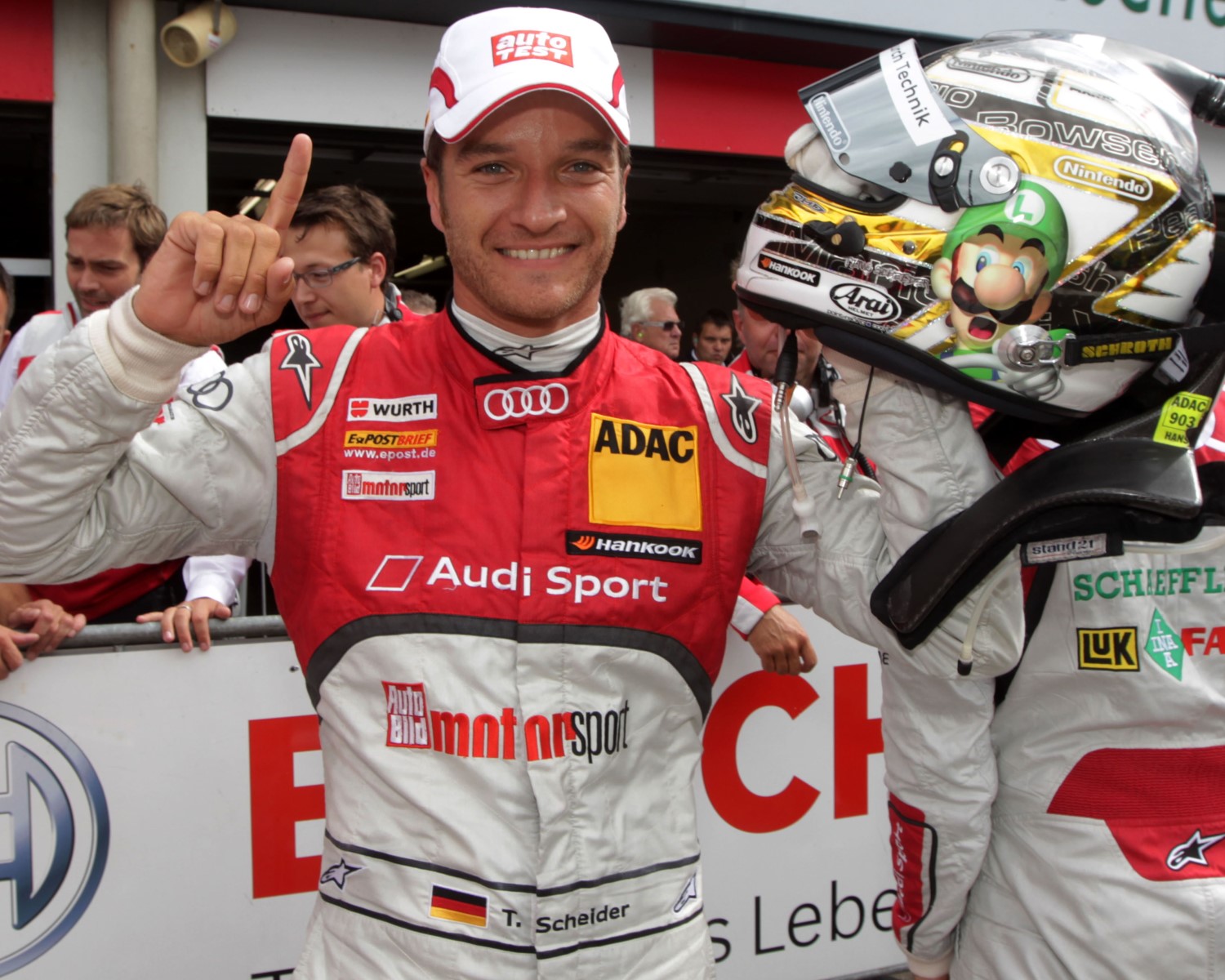 A great day for Audi at Zandvoort! The brand with the four rings dominated the qualifying session for the DTM’s visit to the Netherlands and secured the five best grid positions on the challenging track on the North Sea coast with Timo Scheider leading the way.

Five cars from a single brand on the top five grid positions has never happened since the new DTM regulations were introduced. The Audi A5 DTM is thus the first new-generation DTM vehicle to have scored three pole positions.

"With three cars in the top four last weekend at the NÃ¼rburgring, we showed that we’ve made a significant step forward," commented Head of Audi Motorsport Dr. Wolfgang Ullrich. "We continued to work and reaped the fruits here in qualifying. Of course it’s fantastic to have five cars at the front. But the important thing is the race tomorrow: that’s when we want to look good. I’m particularly happy today for Timo (Scheider), who’s gone through some hard times and impressively came back today."

The racer from Audi Sport Team Abt Sportsline, who experienced a difficult first half of the season, in his AUTO TEST Audi A5 DTM was the quickest driver as early as in the morning’s free practice and in the crucial shoot-out for the top four spots on the grid secured the pole position – marking as much as his fourth one at Zandvoort – with a 0.249-second advantage.

"It’s been a while – 21 long months – that I was at the very front in qualifying," said Scheider. "Now I’ve clinched pole at Zandvoort for the fourth time. That’s a great feeling and a nice birthday gift for my father. Behind us are some hard months and races. There’ve been many discussions about what’s going wrong. At a certain point we managed to come together. This is a team result. The guys believed in me and did a fantastic job. This pole is the reward for all the hard work."

The Audi quintet at the front was completed by Mattias EkstrÃ¶m in the Red Bull Audi A5 DTM in fifth place. With youngster Adrien Tambay (Audi ultra A5 DTM) on grid position ten, a sixth Audi racer made it into the top ten.

Miguel Molina (Red Bull Audi A5 DTM) and Rahel Frey (E-POSTBRIEF Audi A5 DTM) will start from positions 13 and 21 on Sunday after both had been able to do only a few laps in the morning’s free practice.

Audi has won the DTM race at Zandvoort since its DTM comeback with a manufacturer’s commitment in 2004 as many as five times and now took the top spot for as much as the sixth time. On race day, changeable weather conditions have been predicted for the Dutch North Sea Coast.

Dr. Wolfgang Ullrich (Head of Audi Motorsport): "Things really couldn’t be better than this: five Audi cars in the top five, four vehicles in the top-4 qualifying session – a fantastic performance! This continues our showing in qualifying at the NÃ¼rburgring. The performance there already suggested that we started into the second half of the season with very good cars after a lot of work and that all teams and drivers are on a similarly good and well-balanced level. I’m hoping for us to be able to convert this strong qualifying result into a similarly positive race result."

Timo Scheider (AUTO TEST Audi A5 DTM), grid position 1
"A big load has come off my chest. The past few weeks were hard for me and my surroundings. When you ask yourself if there’s something that you may be doing wrong and you’re trying to put simply everything on track it’s very difficult. Sometimes you’re heading in the right and sometimes in the wrong direction. Today, thanks to the team spirit and thanks to the people who believed in me, simply everything worked out. Clinching the fourth pole position at Zandvoort was a very good feeling and was very important."

Mike Rockenfeller (Schaeffler Audi A5 DTM), grid position 2
"That was a strong qualifying session for our team with grid position two. For Audi, it’s great to have so many cars at the front. It shows that we’re developing in the right direction, that the track suits us and that we were running well in these conditions. At first, I was a bit disappointed when I heard that Timo (Scheider) gave his run another boost and was a tiny bit faster on his lap. Still, I want to thank my team. We did everything right and are looking forward to tomorrow."

Filipe Albuquerque (TV Movie Audi A5 DTM), grid position 3
"It was a great qualifying session for Audi and for Audi Sport Team Rosberg. In Q3, I made a mistake but still made it into Q4. I’d already done two laps on my tires whereas Timo (Scheider) and Mike (Rockenfeller) had done just one and that does make a difference. But being on grid position three for the second consecutive time is very good for me. I want to finish the race on the podium."

Edoardo Mortara (Playboy Audi A5 DTM), grid position 4
"A good qualifying session. But I’m a bit disappointed about my last sector in Q4. I could have done that one a bit better. But fourth place is a good starting base. On Sunday, it may be raining, so we’ve got to wait and see what conditions we’ll have in the race. For Audi, it was a fantastic result – but it also was for Audi Sport Team Rosberg with positions three and four."

Mattias EkstrÃ¶m (Red Bull Audi A5 DTM), grid position 5
"Qualifying was really a thriller. Unfortunately, I didn’t manage the perfect lap in Q3. Still, the day was a lot of fun because my car had optimal balance. Being at the front with five Audi cars in the end is definitely a special thing. Hopefully, the weather conditions will be stable tomorrow so that we won’t have a gamble race."