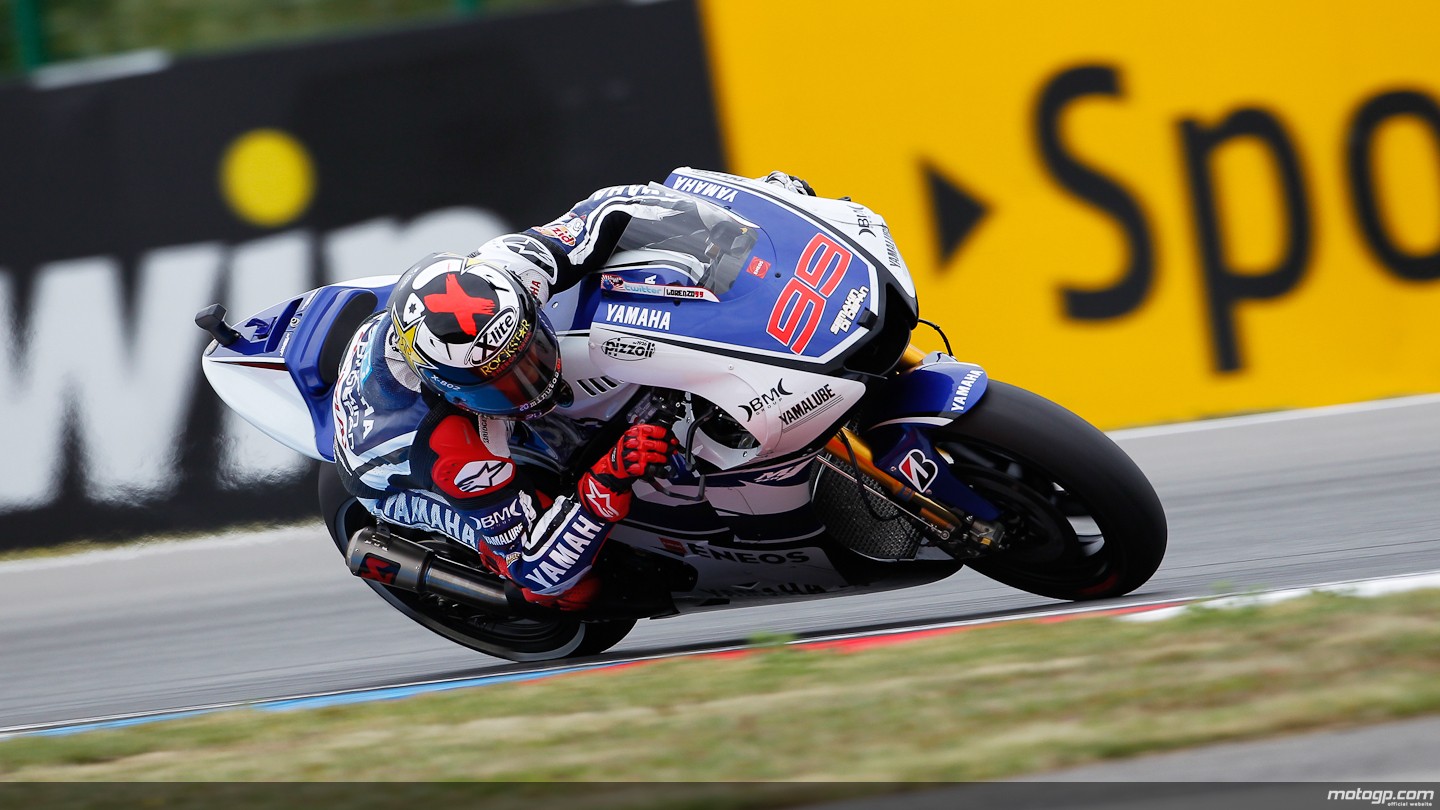 Yamaha Factory Racing’s Jorge Lorenzo was on record-breaking pace during qualifying for the bwin Grand Prix Ceske republiky as he took pole position for tomorrow’s race ahead of Cal Crutchlow and Dani Pedrosa. Lorenzo’s time in the high 1.55s only narrowly beat Monster Yamaha Tech 3’s Crutchlow into second on the grid, despite the Brit crashing half way through the session. For Crutchlow, who re-signed with the squad for another year today, this is his best MotoGP qualifying result to date. Completing the front row is Repsol Honda Team’s pace man from yesterday, Dani Pedrosa, whose session got off to a bad start after dropping his bike in the early stages.

Row two is headed by Lorenzo’s teammate Ben Spies in fourth, after the Texan looked to be riding near his best form once again. In fifth, Tech 3’s Andrea Dovizioso was not able to beat his teammate’s time, and also had to park his bike up on the side of the track at the end with a technical issue. Ducati Team’s Valentino Rossi lines up in sixth place, recording his best qualifying result since joining the Italian outfit last year.

Row three sees LCR Honda MotoGP’s Stefan Bradl in seventh place on the grid, with the German no doubt looking to improve in tomorrow’s race. Eighth place went to San Carlo Honda Gresini’s Ã�lvaro Bautista, who will be disappointed at being beaten by the rookie on the other satellite Honda. Completing the third row in ninth is Cardion AB Racing’s local rider Karel Abraham, who will have delighted his home fans, despite dropping his bike in the gravel at the end.

In tenth, Power Electronics Aspar’s Randy de Puniet, who also crashed in the session, managed to finish as top CRT. The only other rider to suffer an accident was San Carlo’s Michele Pirro, who like the others, walked away unscathed.