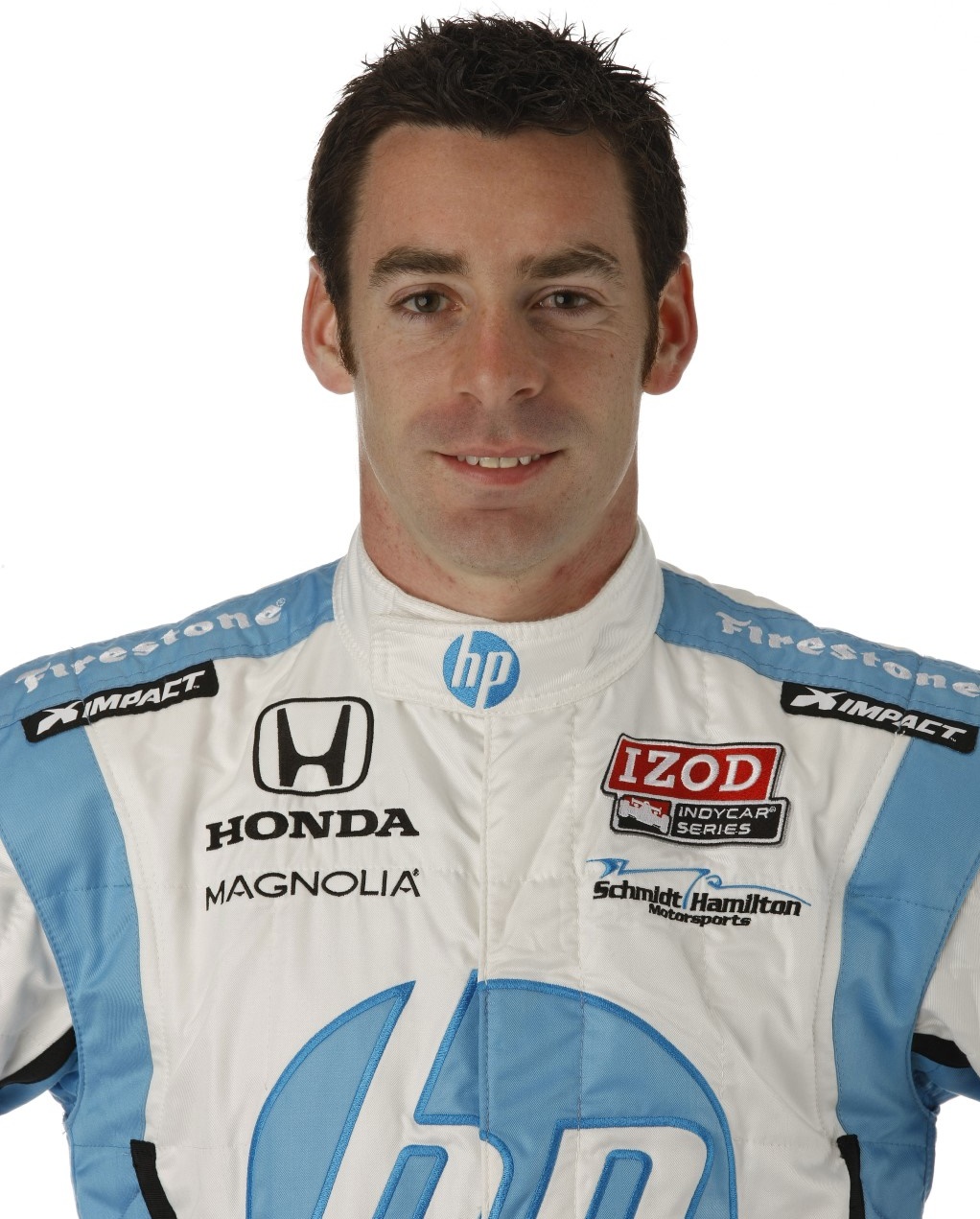 "I thought I had to be a bit original for once. I thought I was being too classic," deadpanned Simon Pagenaud.

The genesis, actually, was his participation in the July 27 Key to Safe Driving Program at Dublin (Ohio) High School, which included instruction for teens in the physics and dynamics of driving, defensive driving and responsible behavior, wet-braking, emergency lane changes and collision-avoidance, slalom and weight-transfer maneuvers, and adverse weather conditions.

"There was a girl that I could see was very tense and I said to her something silly to break the ice: 'Just remember the right foot is go and the left foot is stop,' " he said. "Just remember that in any circumstance if you get stressed. It makes it really simple. I thought when I got to Mid-Ohio why don't I do the same. I'm always trying to step on the go shoe."

That he did with success in the 85-lap race Aug. 5 at Mid-Ohio, posting a third-place finish in the No. 77 Schmidt Hamilton HP Motorsports car. It was his fifth top five through 12 races. Pagenaud, who leads Josef Newgarden of Sarah Fisher Hartman Racing by 137 points, will clinch the Sunoco Rookie of the Year Award if he finishes eighth or better in the GoPro Indy Grand Prix of Sonoma on Aug. 26.

"You always go into a season thinking you can win or otherwise you don't do it," he said. "It's even better when it's reality. And now every weekend you raise the bar and think about what you could have done better.

"I'm happy with what's going on, but I'm always trying to ask what can we do to improve it? It's a dream first season, but it's a first season. I always have to remember that."

He'll be more seasoned in 2013 – understanding the new car-Honda engine package, competing on most of the racetracks, harmonizing with the team.

"The main thing is details; what you see what (Will) Power does in qualifying, how strong he is," Pagenaud said. "When you see what (Scott) Dixon did in the (Mid-Ohio) race with his team. All those details are important.

"We're not there yet because I'm learning the red tires. The Mid-Ohio weekend was a big step forward because we understood exactly what was needed for to have the best weekend, and the best weekend in Mid-Ohio is to qualify really well and then you can have a shot at the win.

"Will (Power) knows what the reds are going to give him, so he knows before what he can do with the car. Next year will be different. We have our data base and we'll have learned what we need about tire pressure and things like that.

"Those little details next year will be very important for us to try to compete for the championship."