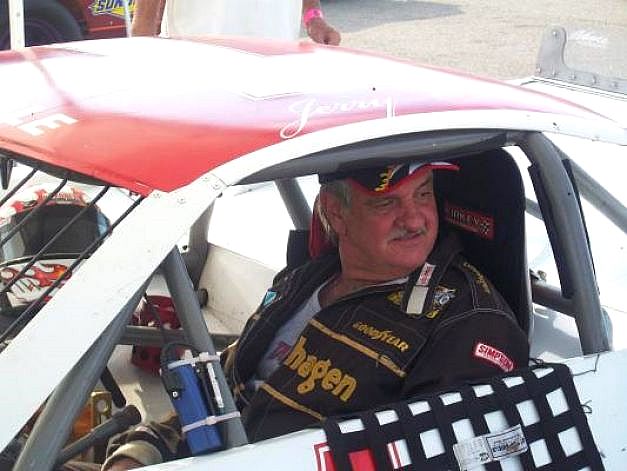 A former NASCAR driver who finished eighth in the 1974 Southern 500 was shot to death at a worker camp in western North Dakota over the weekend.

Gerald Schild, 57, of Katy, Texas was allegedly shot by co-worker Victor Lamont of Lufkin, Texas. Lamont, 24, has been charged with murder, attempted murder and terrorizing. Travis Lomax, 38, of Fort Smith, Ark., also was injured in the shooting.

All three men were working for Wisconsin-based pipeline company Michels Corp., which has said the shooting happened when the men were off work. Lamont also is accused of threatening two other company workers with a gun, Williams County chief deputy Verlan Kvande told The Forum newspaper. Authorities have not released details of the incident or a possible motive.

Schild ran five NASCAR Cup races in 1974, finished eighth in the Southern 500 at Darlington, which was won by Cale Yarborough. He also ran races at Talladega, Charlotte and Rockingham for car owner Rush Johnson. He finished 13th at Rockingham and 16th at Talladega. He did not compete in NASCAR’s top series after the 1974 season.

John Mandabach, whose family owns Houston Motorsports Park, told the Williston (Texas) Herald that Schild had won “many, many races" there. The track will dedicate the Aug. 18 double feature to Schild and plans to name each of the features at the NASCAR Fiesta Modified the “Jerry Schild 40."

“I’d be surprised at anyone at our racetrack who doesn’t know who Jerry was and wouldn’t be able to share some humorous story," Mandabach told the paper. “He’s just a real memorable guy that had a positive impact on anyone he was around."

Mandabach said Schild had a lot of fans in the area and said his extended family has long been part of racing in Texas.

“The name Schild in Texas and racing are hand in hand," he told the paper. “I think they’re born with the racecar and steering wheel in their hand."

Mandabach said that Schild last raced at the track in April. He said one of his most memorable moments occurred when he entered a race just six weeks after donating a kidney to his sister.

“He came out to the track," Mandabach said. “I said, ‘What are you doing here?’

“(He said), ‘I’m not sitting on the bed anymore. This is where I feel comfortable.’

“It just shows how passionate he was about racing. He’s going to be truly missed."