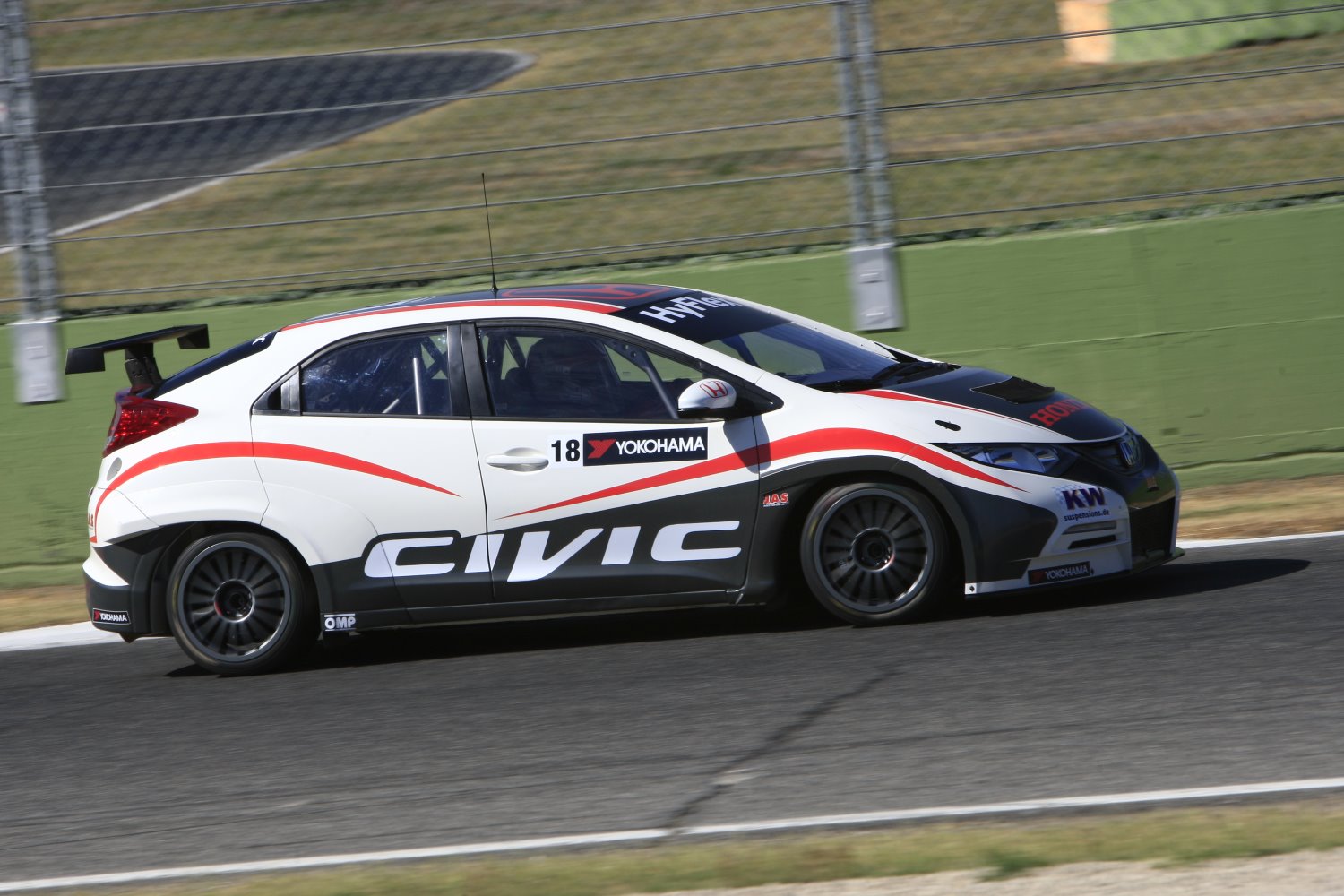 Japanese automaker Honda "unveiled a new racing engine," which it will use in its Word Touring Car Champion cars that are based on the Civic model during the '13 season. The engine called "HR412E" was developed at the Honda Research and Development Center in Tochigi, Japan. It is "a 1.6-liter, four-cylinder engine with a turbo charger and gasoline direct injection." Honda will test its car and engine in three races during the '12 WTCC season, Suzuka, Shanghai and Macao, before fully joining the racing series for the '13 season.

Developed at Honda’s R&D centre in Tochigi, this unit is a completely bespoke 1.6 liter 4-cylinder direct injection turbo-charged petrol engine. Daisuke Horiuchi, the WTCC Development Project Leader at Honda R&D said: “In the continuous technological development of an internal combustion engine, the thermal efficiency is the essential key for improvement. And a race engine is not an exception. This HR412E was born from such thought process: aiming for higher efficiency.

The HR412E heralds a new generation of high performance racing engines from Honda. All engineers at the R&D centre in Tochigi have worked hard to develop a race engine that will deliver great drivability to our drivers, with no compromise on peak power performance. We believe the innovations that have led to this revolutionary engine will also lead to benefits beyond the racetrack, helping us to further increase the efficiency of our road car engines.“

The engine has been delivered to the Honda Racing Team JAS workshop in Italy, where the Civic WTCC is being developed, and successfully passed all initial tests. The news follows the recent naming of Honda’s works team drivers for WTCC: Gabriele Tarquini and Tiago Monteiro.