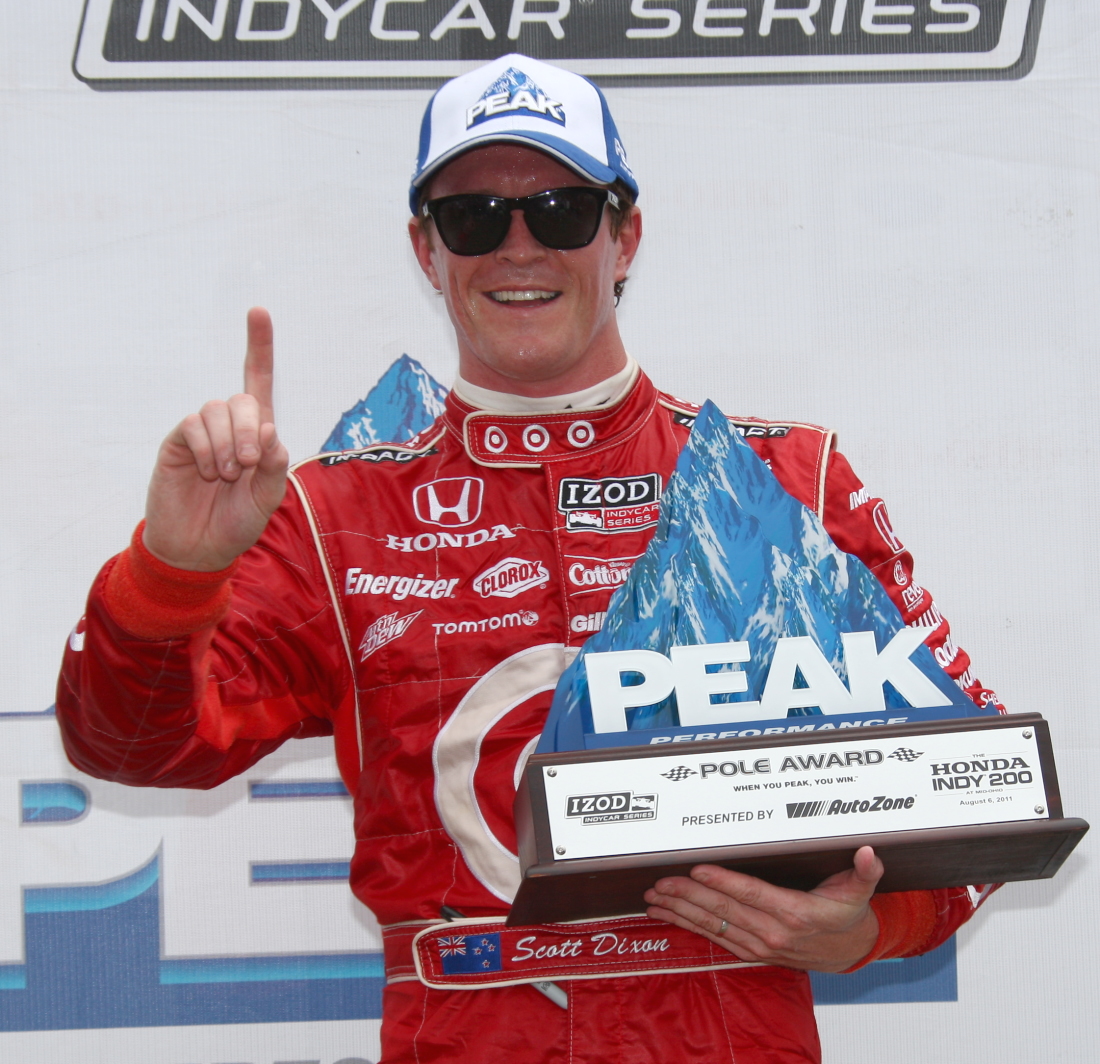 There's a simple explanation as to why Scott Dixon has been successful on the Mid-Ohio Sports Car Course: "It seems to suit my style," the New Zealander said.

Dixon has won three of the five IZOD IndyCar Series races on the 2.258-mile, 13-turn road course, and he'll need another strong effort in the No. 9 Target Chip Ganassi Racing car this weekend in the Honda Indy 200 at Mid-Ohio to close the gap in the series championship chase.

Dixon trails front-runner Ryan Hunter-Reay of Andretti Autosport by 51 points – equivalent to earning the pole and winning the race – in the standings. In between are Team Penske teammates Helio Castroneves (-23 points) and Will Power (-26).

"There are definitely enough points on the table and we have to make the most of it," said Dixon, who has an average starting position of 4.2 and finishing position of 2.2 over the five Mid-Ohio races. "It's been a good track for us in the past, and we'd like that to continue because there are still four races left."

Dixon, who has a victory at Belle Isle and three runner-up finishes to highlights his season so far, has retained fourth in the standings following the past two races even though they didn't yield the results the two-time series titlist had wanted after qualifying fifth at Toronto and eighth at Edmonton.

A mechanical issue on the Exhibition Place circuit relegated him to 25th place, and Dixon started 18th on the City Centre Airport circuit in Edmonton because of a 10-grid spot penalty incurred for using the sixth Honda engine of the season.

"It's tough with the engine penalty," said Dixon, who made up eight positions in the 75-lap race. "We've let it slip in the past few weeks, which has been frustrating."

Dixon joined 23 other competitors July 26 in testing on the Mid-Ohio course, where his new car-engine package was almost 3 seconds quicker than his 2011 fastest race lap "without red tires" during the session.

"It has a great flow to it," he said of why he enjoys the course. "It's similar to how we've done well at older American tracks – the layouts, the undulations, the longer corners seem to suit my style, which is always nice."

A comparable circuit is Watkins Glen International, where Dixon also has had a great deal of success – consecutive victories from 2005-07 and an average finish of 4.16 in the six races through 2010.

"(Mid-Ohio is) a great little track and great summer weekend atmosphere," he said. "Hopefully, we have a strong weekend."

FOCUS ON FOUR TO GO:

A look at the top four championship contenders' performances at the next three tracks: