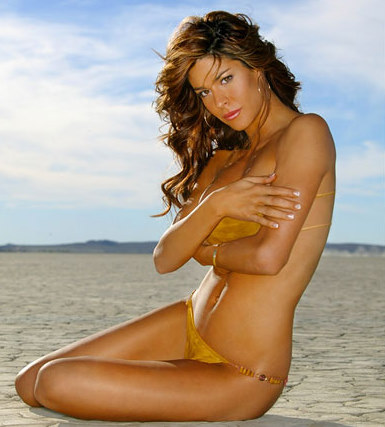 Maryeve made her ARCA debut in 2011 when she earned one top-10 and six top-13 finishes in her first year of Stock Car racing. She improved from her starting position in eight of the 15 races she contested, earning two “Hard Charger" awards. This weekend’s race at Pocono will be her first in 2012, “I am so excited to be back in the car, and I am very grateful for this opportunity. I had a competitive rookie year last year, I had a lot of good races, and I just can’t wait to get back on the racetrack. It will be special to make my return at Pocono, it’s one of my favorite tracks."

Two of Mary eve’s most dominating racing performances came at Pocono last year. She qualified in the top-15 and finished 12th in her first race at Pocono and was hoping for a top-ten when she returned to the track later in the season. Maryeve had a fast car and it looked like she would achieve her goal when she entered the pits for her first stop in 10th position, but mechanical issues forced the team to jump-start the car, causing 2 excruciatingly long pitstops and forced Dufault to the back of the 41-car field. She persevered as she charged through the field twice to finish 13th at famed tri-oval, “I love racing at Pocono, it has three fast corners, yet they are quite different from each other, I enjoy the challenge. I’m anxious to get back in the car and try the new, smoother surface, it used to be quite bumpy and challenging, that’s what I liked about it. Yes it’s the ‘Tricky Triangle," commented Dufault.

Maryeve became the first Canadian female to compete in a NASCAR Nationwide Series race when she made her Nationwide Series debut at Circuit Gilles Villeneuve in Montreal for the Napa Auto Parts 200. Since her Nationwide debut, Maryeve moved to Mooresville, North Carolina to continue the development of her NASCAR career. She’s also spent the last several months’ fitness training with CrossFit Reebok, testing and filming performance driving videos for Fiat’s ABARTH 500 brand and preparing for the SPIKE television program “GT ACADEMY," which will air in November. Dufault and Indy 500 winner Danny Sullivan are part of an expert panel on the program who judge the competitors’ (virtual racers) potential to become a professional racecar driver.