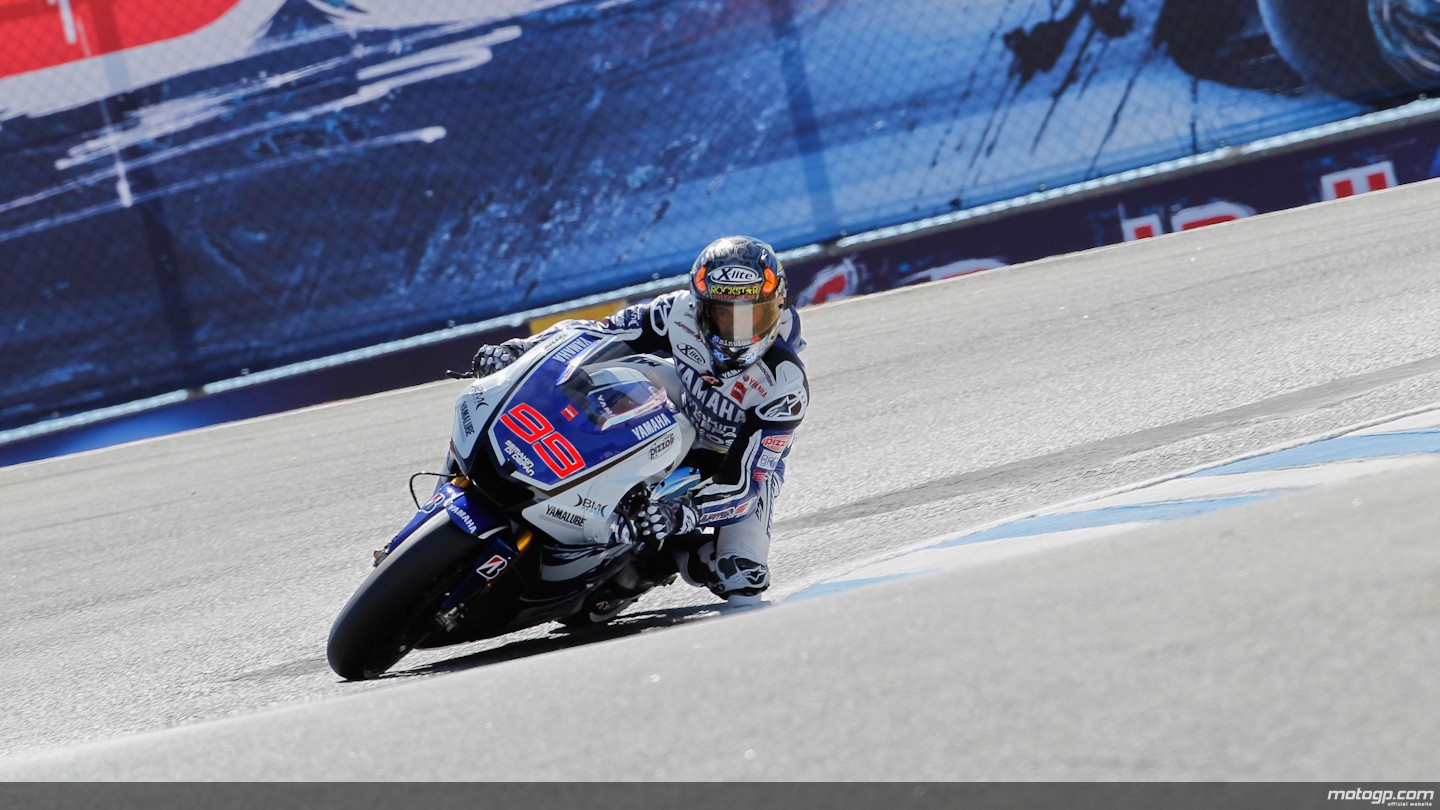 Yamaha Factory Racing’s Jorge Lorenzo was on record-breaking form during qualifying for the Red Bull U.S. Grand Prix at Laguna Seca this weekend as he stole pole position in the final seconds for tomorrow’s race ahead of Casey Stoner and Dani Pedrosa. Lorenzo left it until his last lap to take his fourth consecutive pole at the track from Repsol Honda Team’s Stoner, who had posted a new track record just a few laps before. Completing the front row in third is his teammate Dani Pedrosa, who had shone in yesterday’s practice sessions, but was unable to match the two at the front, who were on blistering form.

Row two is headed by Lorenzo’s teammate Ben Spies, who suffered a heavy crash 12 minutes before the end. Despite walking away gingerly, he re-joined for the final few minutes of the session. Next to him in fifth, Monster Yamaha Tech 3’s Cal Crutchlow showed no signs of his crash yesterday, finishing just under two tenths off the American. Tech 3’s Andrea Dovizioso rounds out the second row in sixth, making it an all-Yamaha affair, though will be looking to once again get the better of his teammate in tomorrow’s race.

Seventh spot on the grid went to San Carlo Honda Gresini’s Ã�lvaro Bautista, who will be pleased with his slight improvement, after a somewhat subdued weekend so far. Alongside him in eighth, Ducati Team’s home favorite Nicky Hayden wrung the neck of his machine to start tomorrow’s race as highest placed Desmosedici. Completing the third row is LCR Honda MotoGP’s Stefan Bradl, who recovered well from a first lap run off into the gravel at the infamous corkscrew.

Hayden’s teammate Valentino Rossi rounds out the top ten, after another disappointing qualifying session for the Italian. He will once again be looking for his race consistency to make his way up the order tomorrow. Highest CRT finisher was Power Electronics Aspar’s Randy de Puniet, who ended the day in 11th. Wildcard Steve Rapp, on board the Attack Performance CRT machine, did not qualify for the race, as he set a time outside of the 107% marker off the top time. This means that Rapp must post a time within this limit during tomorrow’s warm-up to be able to contest. Apart from Spies’ crash, Speed Master’s Mattia Pasini also suffered a fall, but fortunately walked away unhurt.