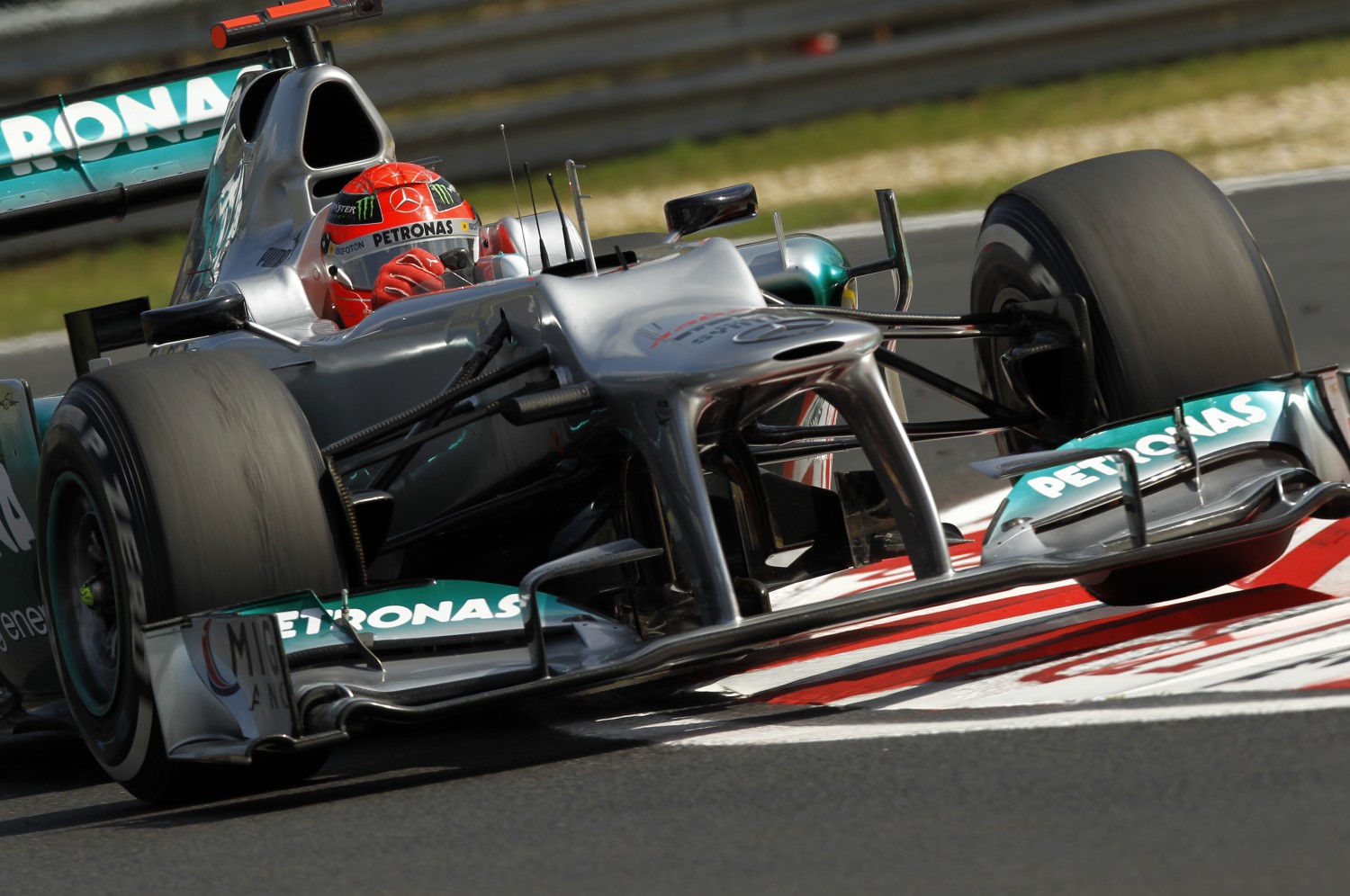 Mercedes will start the Hungarian Grand Prix from the lowly grid slots of 13 and 17. Having been off the pace since Friday practice, Michael Schumacher was the biggest loser as he was the slowest car in Q2. The result marks the team’s worst qualifying since Valencia 2010.

“It was quite a tough and difficult day for us," said Schumacher, whose weekend had begun with a crash on Friday. “We have to clearly see that we did not have the pace to be at the front. I could have done a faster lap probably, without the dust having been brought onto the track by Maldonado, but then I still do not think it would have taken me into Q3.

“I don't think we could have done much more. This morning we practiced for long runs, as yesterday we could not do that due to the rain, but I don't think it compromised our performance. You have to accept the gap is quite big."

The result comes in stark contrast to 2001, when Schumacher claimed his fourth world title in Hungary for Ferrari.