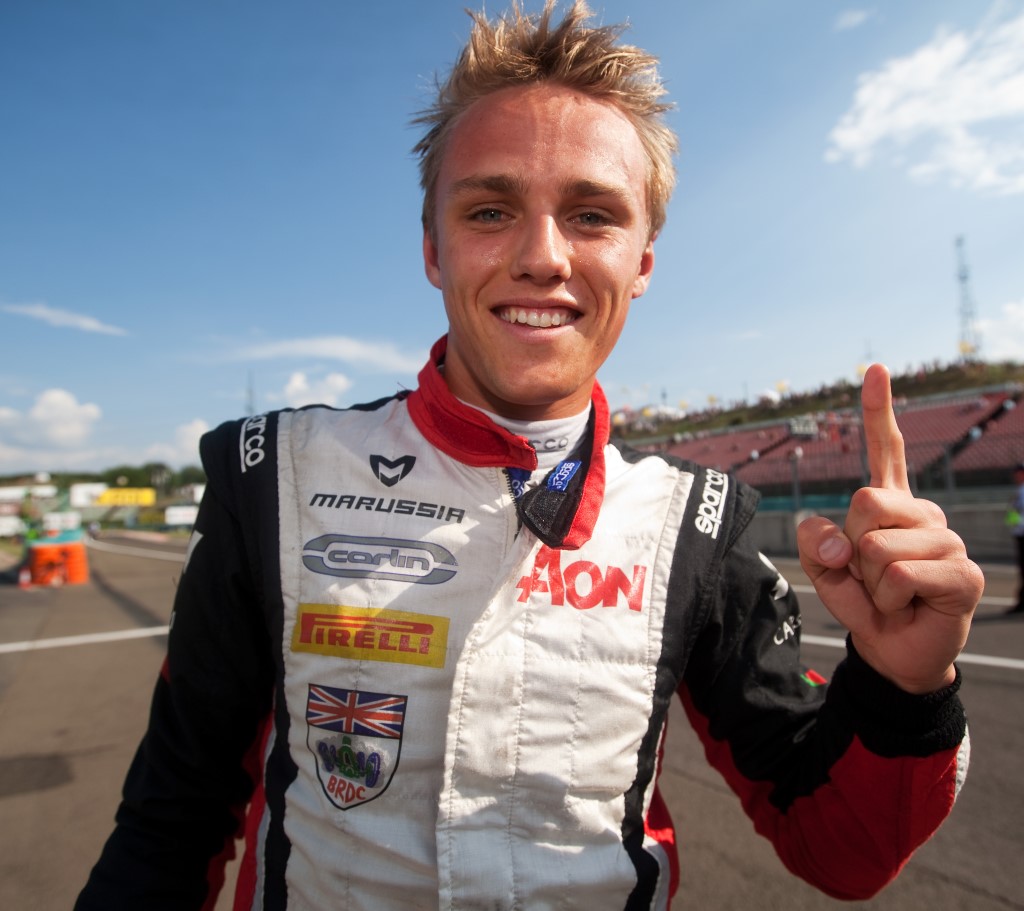 Max Chilton claimed his and Carlin’s first ever GP2 pole position in the closing seconds of a dramatic wet/dry qualifying at the Hungaroring, stealing the top spot as the flag dropped to end the session just ahead of James Calado, Davide Valsecchi and Jolyon Palmer.

Chilton's lap of 1:28.980 snatched the top spot from his countryman by just 0.023 in a session that officially started on a wet track due to running water on turn 11 following a heavy storm ahead of this afternoon's session, with many of the top runners waiting until the sun came out and the track dried enough for them to run on the super soft tire compound.

Rio Haryanto was the first man on the compound to top the timesheets, with title rivals Valsecchi and Luiz Razia soon pushing the times below 1.30. Calado, who will lose two places for impeding Felipe Nasr in free practice, was not waiting around, and looked to have locked off the top spot in the session at the 17 minute mark just as most of the field was coming back for a second set of tires.

With time running out, most of the field was pushing to improve their times in the closing minutes: Jolyon Palmer went P2 to his countryman just before Valsecchi stole the spot from immediately behind him on track, but with all the extra effort a number of drivers went wide or spun, throwing up brief yellows around the circuit.

With a minute to go, Chilton was in P22 and looked to be out of the running: he crossed the line with 10 seconds remaining to move up to P6 and hide his blushes, before going even faster next time round, setting personal (but not overall) bests in each sector to claim a popular pole position.

Just behind the top three were Palmer, Razia, Giedo van der Garde, Esteban Gutiérrez, Fabio Leimer, Marcus Ericsson and Johnny Cecotto, in a session that saw 20 drivers within a second of the top spot. The pace promises to be faster still in tomorrow's feature race.