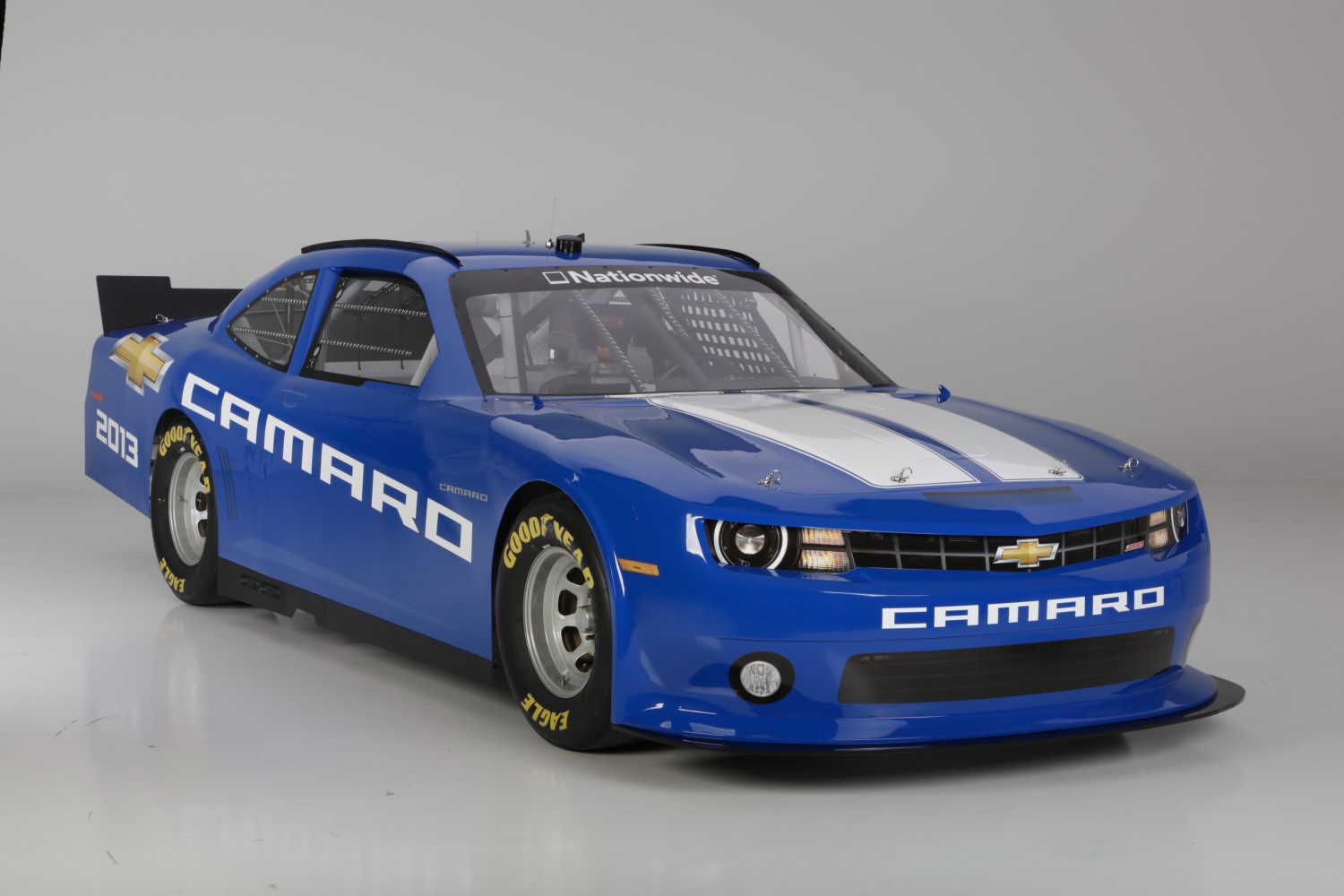 Chevrolet will have a new entry in the NASCAR Nationwide Series in 2013: Camaro, the top- selling sports car in America, will make its series debut next February at Daytona International Speedway.

“Chevrolet is proud to bring the Camaro to the NASCAR Nationwide Series in 2013," said Jim Campbell, vice president, Chevrolet Performance Vehicles and Motorsports. “The Camaro Nationwide race car incorporates many of the distinctive styling elements of the production Camaro, including the unique power-bulge hood and deep recessed grille. In addition, the design incorporates the distinctive halo light rings and dual-port grille appearances, and the gold bowtie."

Camaro, which led its segment in sales in 2010 and 2011 and currently leads in 2012, will continue the proud heritage of Chevrolet performance vehicles in one of America’s most prestigious racing series. Chevrolet has more wins, more manufacturers’ championships and more driver’s championships than any other manufacturer competing in the Nationwide Series.

“Our team of Chevrolet designers and aerodynamic engineers did a fantastic job capturing the great looks and styling cues of the production Camaro, while providing our NASCAR Nationwide teams with a highly competitive aero platform," said Pat Suhy, manager, Chevrolet Racing Oval Track Group. “For the remainder of 2012, our engineers will be busy working with our Chevy teams on wind tunnel and on-track testing to fine-tune the car in preparation for next year. It will be great to see Camaro compete on the track against its showroom competition starting with the 2013 season opener at Daytona."

Chevrolet NASCAR Nationwide Series. “This car has a bold look that will be reinforced by its performance on the race track."