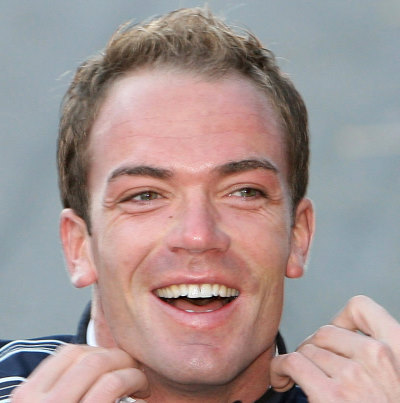 His former sponsor Harry Muermans claimed bankruptcy against Doornbos' company at the Rotterdam court's, as his former protege refuses to pay a previously assigned claim of Muermans, a Dutch real estate tycoon, of 1 million Euro (US$ 1.2 million).

Yesterday the judge in Rotterdam had a closer look on the application. Doornbos himself wasn't present at the hearing. He sent a representative of Robert Doornbos Ltd. to the court. According to data from the Chamber of Commerce this person is at the helm of the company since February this year, which is in a poor financial condition. The last filed financial statements for 2010 says the company has debts of almost 190,000 euro.

Revenues aren't generated anymore since the career of Doornbos is over. Therefore Muermans doesn't believe the Dutchman can pay off his debts in the foreseeable future and now calls for bankruptcy.

Robert himself responds from his home in Monaco: "What is happening now is all unnecessary, it is not based on facts. As you know, I am currently no longer active in racing because of the actions of Mr. Muermans. He is trying to destroy my career. "

Dutch developer Harry Muermans demands eleven million euros from former F1 and ChampCar driver Robert Doornbos. Muermans states that he has borrowed this amount to the driver, but Doornbos denies this, he says the money was meant to be sponsorship money.

The Roermond property magnate recently won a first battle in the court in Almelo, the judge's ruling found that it was indeed loans.

The judge sentenced the company, which looked after the drivers interest since 2008, to pay nearly a million Euros to Muermans. This company, which was run by Doornbos sister's Madelon, wrongly collected sponsorship money and other revenues which were meant for the real estate magnate. At the court in Roermond Muermans has started similar proceedings against the Dutch ex-race-car driver personally. In here he claims millions of Euro's from Doornbos.

The financial ties between the two date from 2005, when F1 driver Doornbos' star was rising. Muermans invested money into a British Virgin Islands-based company Eagle Corporate SA, of which he and Doornbos were a shareholder. Eagle funded the racing activities of the driver. Between 2005 and 2008 the Roermond businessman lent a total of eleven million Euros to Eagle, the court in Almelo established. Prize monies and advertising revenues which Doornbos was supposed to attract, would flow back to Eagle.

During the 2008 season, when Doornbos' F1 and ChampCar career was over, he started following another, more personal course. He was now doing business with another company, led – again – by his sister Madelon. His newly acquired race-project revenues (A1GP and SuperLeague Formula) went there. Muermans then claimed back the 11 million Euros, which he lent to Eagle the previous 4 years, but Doornbos refused. The real estate entrepreneur then went to court in Almelo to claim these revenues. The judge has now granted Muermans almost one million Euro.