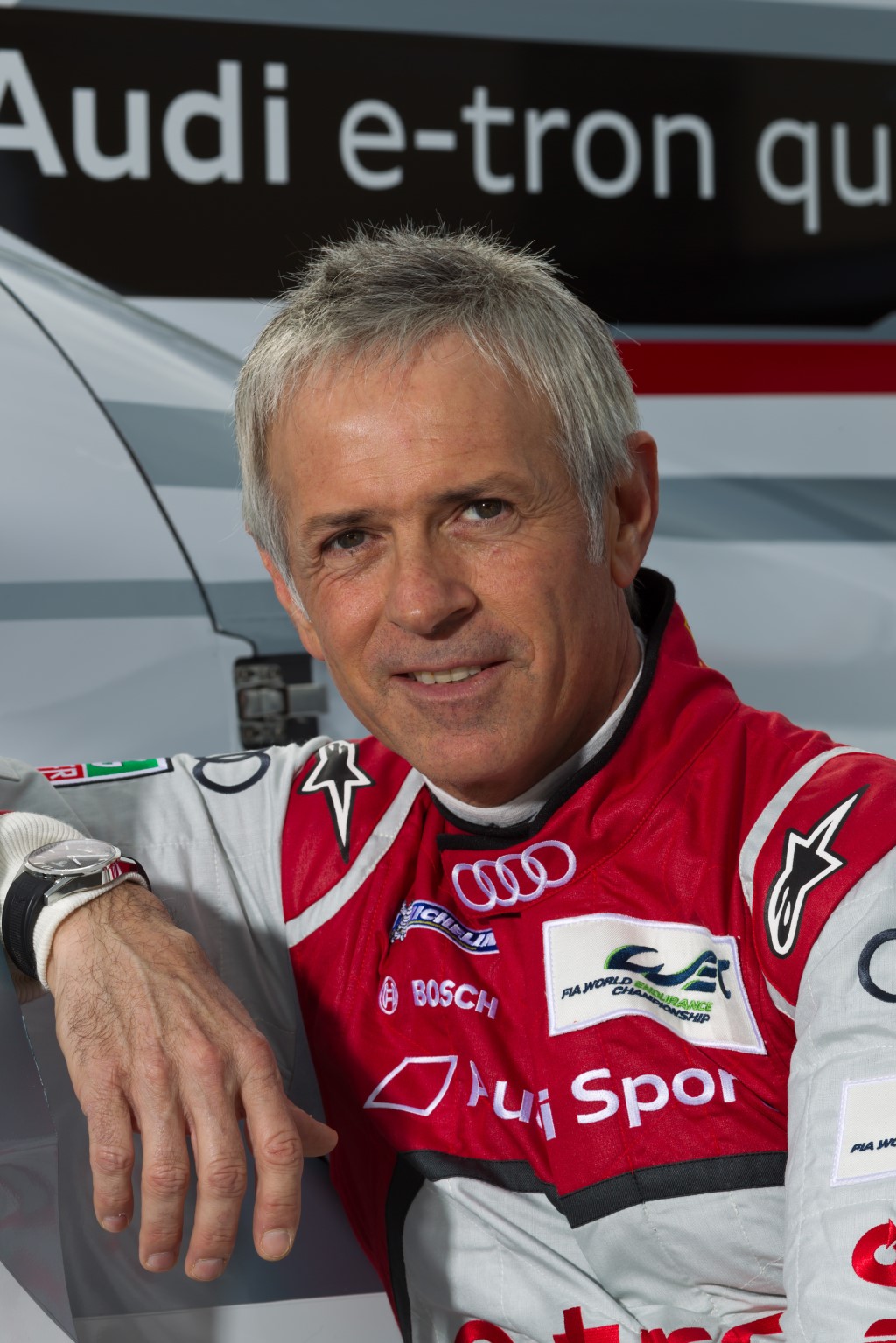 Audi managed to make a brilliant start into the new World Endurance Championship. After three victories at the three rounds held so far, at Sebring (USA), Spa (B) and Le Mans (F), Head of Audi Motorsport Dr. Wolfgang Ullrich’s team is now focused on defending its lead in the standings. As announced at the time of submitting the entries in February the line-up after Le Mans will be reduced to two vehicles.

The leaders of the standings are competing in a new formation. Allan McNish (GB) and Tom Kristensen (DK), the winners of the Sebring 12 Hours that opened the season, will now start to drive the number "2" Audi R18 ultra as a team of two. On the expiration of Dindo Capello’s driver contract at the end of the year, the 2012 season marks the end point of an unusually successful partnership. The Italian had an agreement with Audi to quit after Le Mans. Dindo Capello served Audi as a factory driver for 19 years. Yet the Italian will continue to be closely associated with the brand – not only as an Audi dealer and racer.

Dindo Capello has achieved a rare feat in racing. For almost two decades, the professional driver celebrated countless race victories, prestigious champion titles and numerous other successes in sports cars and touring cars – and all of them for a single group of carmakers.

The family father from Canelli scored almost all of his major successes since 1994 together with Audi. In 1996, he was Italian Super Touring Car Champion in the Audi A4 quattro. As well as two of his three Le Mans victories he celebrated all five wins of the Sebring 12 Hours and the two champion titles in the American Le Mans Series at the wheel of Audi LMP sports prototypes. His first success at La Sarthe was clinched in 2003 for the group’s Bentley brand. As late as in March 2012, he achieved a hard-fought overall victory at the Sebring 12 Hours alongside his long-standing team-mates Allan McNish and Tom Kristensen.

"This is an extremely unusual string of successes and a very emotional moment. On behalf of Audi I would like to express a huge thank you to Dindo," says Dr. Wolfgang Ullrich whose initial driver signings included Capello. "Dindo was at the top of the sport for 19 years and all employees at Audi Sport were pleased to make this possible for him. I am proud of both. In terms of the sport as well as in a personal and professional sense – it has always been a pleasure to work with Dindo and to know that he was part of our team. He is a valuable brand ambassador and we are delighted to see him continue to be associated with Audi after the end of his active career."

Capello, who celebrated second place at Le Mans plus his 48th birthday on June 17, holds an interest in three Audi centers in his native Piedmont. In parallel to his sports car program, Capello established a second pillar in motorsport. For Audi Sport Italia, he has continually been competing in the Italian GT Championship in an Audi R8 LMS since 2009.

"I would like to address a really, really big thank you to Audi on my part," stresses Capello. "Audi has become my brand – professionally and based on my personal conviction. Together, we have achieved so much and demonstrated pioneering achievements again and again. The support from Audi, all employees at Audi Sport and the teams was fantastic, just like in a big family. Naturally, there is a feeling of sadness too, as this departure from the factory team is not easy. But I remain associated with the brand and will continue to contest races because the Audi R8 LMS ultra is a wonderful GT3 vehicle. I am saying goodbye with a clear conscience because I have no unfinished business with my sport. In all disciplines and categories, Audi and I together have achieved the maximum with victories and titles. As late as in March, we won at Sebring and I’m currently ranking in first place of the WEC standings. I wanted to quit at a time when I was still able to show top performances. This is a pleasant feeling. Should Audi ever get into a situation in which I’m needed I’ll of course be ready to assist."