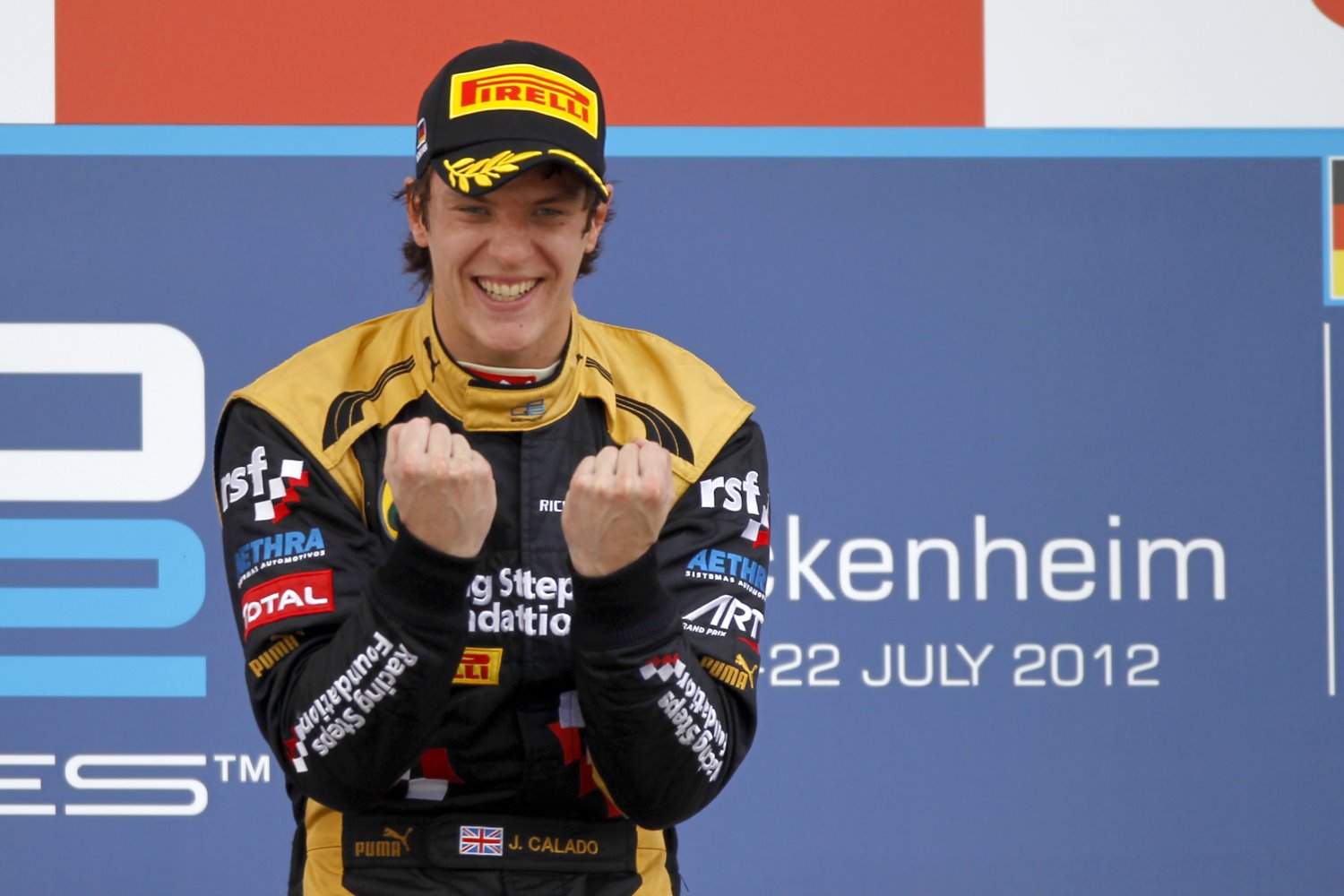 James Calado put on a crushing display of speed and race craft to lead from lights to flag for a dominant victory in this morning's sprint race in Hockenheim, easing away lap after lap to roll home eight seconds ahead of Giedo van der Garde and Felipe Nasr.

The win was set up when the lights went out, as Calado stormed off the line as Nigel Melker stuttered behind him, bunching up much of the field. When front row starter Luiz Razia went wide at turn one Nasr slid past van der Garde at the next corner, with Leimer joining the pair to run 3 wide at the hairpin, leaving Razia nowhere to go but into a spin.

Max Chilton and Tom Dillmann were trapped behind the Brazilian and came together on the apex of the hairpin, prompting a safety car period to remove the stricken vehicles. The delay lasted only one lap and Calado was soon easing away from van der Garde, who had found a way back past his Brazilian rival, once again.

Esteban Gutiérrez was on a charge, and quickly disposed of Josef Kral, who was in the points after an amazing start, and Melker as he looked to salvage some points from his weekend in Germany. His job was made easier as Nasr was unable to stay with the lead pair and was bunching up the field behind him.

Johnny Cecotto was his next target, and the Venezuelan's pace was no match for his rival's: the Mexican was through on lap ten. Further back and Melker was struggling too, baulking his rivals as they tripped over each other in the closing laps of the race, with a huge train of cars squabbling for lap after lap.

But back at the front Calado serenely closed out the race ahead of van der Garde, with Nasr finishing third, ten seconds behind the Dutchman.

Leimer held on from immense pressure from Gutiérrez to close out in fourth place, while Cecotto had a lonely race until Jolyon Palmer got by Melker with a few laps to go, and crossed the line on the Venezuelan's rear wing. Stefano Coletti was the last man to grab a point, a just reward for a battling drive all race long.

Razia's disappointment will be mitigated by his maintenance of the championship lead over Davide Valsecchi, 171 points to 159, with Gutierrez closing the gap with 129 points, ahead of van der Garde on 119, while Calado's win puts him on 116 points, ahead of Leimer and Chilton on 95. Lotus will be delighted to head to Budapest on 245 points, ahead of their local rivals DAMS on 227, Arden on 175, with Racing Engineering on 136 points and Caterham on 125.