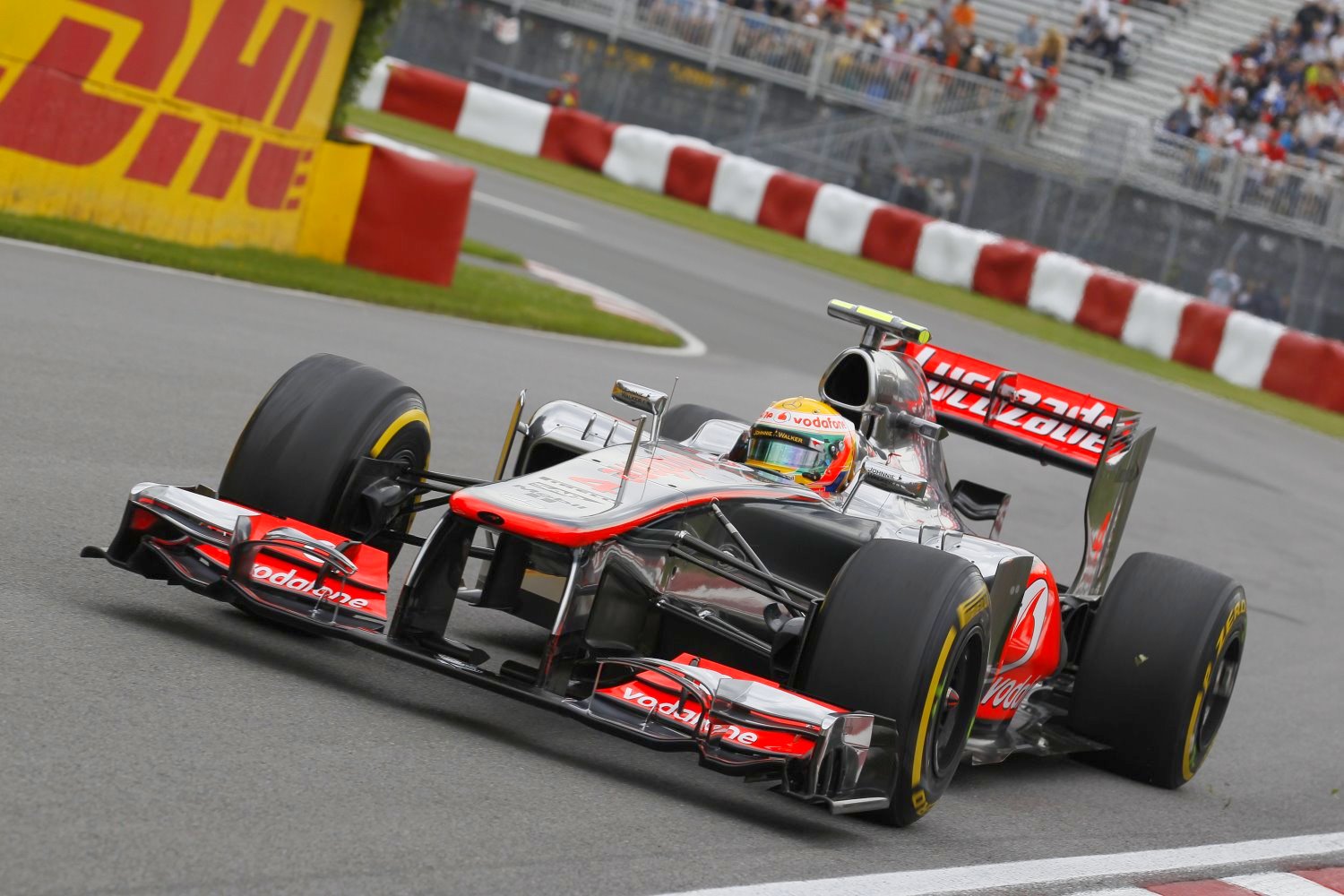 De Villota thanks fans in hand-written note
(GMM) Injured Marussia test driver Maria de Villota has hand-written a note of thanks to her supporters.

News of the short letter, which was hand-written in Spanish and published by sports newspapers, came after it emerged the 32-year-old has finally returned to her native Spain after 17 days in a British hospital.

Diario Sport said de Villota was immediately checked into a Madrid hospital upon arrival by plane.

"Maria gets better every minute and we hope that if things continue as they are, she can go home next week," her father and former F1 driver Emilio de Villota is quoted as saying.

Hembery defends Pirelli after latest criticism
(GMM) Paul Hembery insists that ongoing criticism of Pirelli's contribution to formula one is not justified.

Michael Schumacher reinvigorated the debate about the Italian marque's product last week, admitting that he would like to see another supplier enter F1 "because then we would have decent tires".

"This is apparently the theme of the week," Pirelli motor sport director Hembery told the Austrian newspaper Kleine Zeitung.

"The rule is that there is only one manufacturer, If it was to change, we would have to evaluate our efforts anew.

"In the end I think it's about safety, which is a very, very important factor for us. It has to be said that the safety of the tires in formula one is no longer a problem."

Hembery is undoubtedly referring to 2005, when during the last 'tire war' Michelin had to controversially pull out of the US grand prix.

He insists Pirelli is happy with how its F1 campaign is going.

"Of course," said the Briton. "We've seen an exciting first half of the season, with lots of winners and we've certainly contributed to that.

"Formula one is more entertaining than ever before. So why shouldn't we be satisfied?"

Hembery insists it is not right to say Pirelli has been roundly criticized.

"There is a difference between what we read in the media and what we hear in the technical meetings with the teams," he said.

"Yes, it has become a challenge for everyone – for the engineers and for the drivers – to get the most out of it (the tires). But it's the same task for everyone.

"We built the tires that formula one wanted, and in this sense we did a good job. As a fan I would be very enthusiastic about F1 in 2012," he said.

But, given that tire makers presumably enter F1 to promote their brand, isn't Pirelli worried that potential customers could come to associate the name with heavily-degrading tires that make car handling difficult?

"Our job, like the rest of formula one, is to entertain the fans. But that was not always so — there have been many boring races (in the past).

"Now it's more exciting than ever. We are in competition with football, with the Olympics, with every other sport, and only with an exciting formula one can we entertain the fans."

Vettel plays down anger after Webber incident
(GMM) Sebastian Vettel has played down the moment on Saturday when he waved his hands angrily at teammate Mark Webber.

With Webber staying put at Red Bull next year, German Vettel insisted last week that the pair – despite clashing memorably during their last title battle in 2010 – actually share a healthy mutual respect.

But that was before Vettel gesticulated at Webber from his cockpit during qualifying at Hockenheim.

Asked if he was upset with the Australian, Vettel insisted: "Not really, it was just that I got stuck behind Mark at the end of one lap and the beginning of a new lap.

"So it was not upsetting, it was just a pity to have lost one lap for nothing."

Vettel said he spoke with his teammate after the incident on Saturday and understands that visibility in the unseasonable German weather was poor.

"He told me that he simply didn't see me," Vettel is quoted by F1's official website.

"You can see nothing in the mirror," he had earlier told reporters in the official FIA post-qualifying press conference.

"I guess he couldn't see me," added Vettel. "I don't think he had intention to hold me up."

No German arrest as Ecclestone skips Hockenheim
(GMM) Contrary to his earlier promise, Bernie Ecclestone in fact did not show up at Hockenheim on Saturday.

David Tremayne wrote in the Independent that the F1 paddock had spent the day playing "where's Bernie?"

The F1 chief executive's absence – unusual for a European race but not unheard of – heightened speculation he is afraid of being arrested.

In the days before the German grand prix weekend, local newspapers reported that Munich prosecutors are ramping up their investigation of the 81-year-old, after Gerhard Gribkowsky was convicted of accepting bribes from the diminutive Briton.

"With Mercedes-Benz stalling on a new Concorde Agreement, and sponsors watching on anxiously, no one knows quite what will happen next," Tom Cary wrote in the Telegraph.

A source close to Ecclestone insisted he will be at Hockenheim on Sunday, and Gribkowsky's lawyer Daniel Amelung told Deutschlandfunk radio that he doubts police will arrest him.

"If he is arrested now, jailed for a long time and acquitted at the end, the state would be subject to extremely high damages," he said.

Bild am Sonntag newspaper, however, claims Ecclestone's office has cancelled several meetings that were long scheduled to take place at Hockenheim this weekend.

Domenicali plays down 'normal' Webber talks
(GMM) Stefano Domenicali has played down Red Bull's claim that Mark Webber chose the energy drink-owned team for 2013 despite the lure of Ferrari.

Unusually for an official press release, Red Bull recently quoted Webber as saying he had "discussions with Ferrari" this year but ultimately decided to extend his current contract for another season.

"I don't like to speak of others," Ferrari team boss Domenicali told the Brazilian newspaper O Estado de S.Paulo at Hockenheim.

"But some people love to say these things to put on psychological pressure and also to raise themselves us, which is part of the racing world," said the Italian.

"The contacts that Ferrari has with other drivers are normal and part of formula one, but it's contacts, and nothing else.

"Some drivers use these contacts for different purposes.

"I think this year the only candidate for a Ferrari drive not mentioned is Zorro," he added.

"We had already said before the Webber statement that Ferrari is not in a hurry to decide our other driver. And that remains true," said Domenicali.

He is referring to the race seat currently occupied by Felipe Massa, whose form has improved markedly in the last few races.

Domenicali denied Ferrari has to actively search out a potential replacement.

"The drivers come to talk to us. The strength of Ferrari is that we are Ferrari even in difficult times."

And he hinted that all the talks will be called off if Massa continues to improve his form.

"If he can get rid of the difficulties he has been having, as seems to be the case now, I see him as one of the best formula one drivers," said Domenicali.

"My hope was that Felipe would develop along with the F2012. In Barcelona, when I realized that our car had taken a leap forward, I thought to myself 'now Felipe can return to what he was'.

"So I was very happy to see his pace in Monaco."

After a poor British grand prix, 2008 world champion Hamilton intimated the foundation of the struggling MP4-27 is flawed.

"You've got to look at the cars in detail — just look at them and ours looks different from the others," he had said.

Hamilton was undoubtedly referring to the 'stepped noses' that are seen throughout the 2012 grid, except on the McLaren and the McLaren-linked backmarker Marussia.

McLaren then seemed to take a step forward at Hockenheim with a major upgrade, before both Hamilton and Button struggled for pace in the wet qualifying.

Button was then asked about McLaren's visibly different approach to its 2012 car.

"I'm sure you can make it work with a drop nose like other people or else every other team wouldn't be running it," he is quoted by Express newspaper.

"Our guys at the time thought this was the right direction. Whether they think so now or not I don't know. I'm not sure they would tell me anyway," he added.

Team boss Martin Whitmarsh, however, warned that even McLaren's German grand prix hopes can't be written off yet.

"They tell me tomorrow (Sunday) will be dry, so I think we can be competitive," he said.

F1 'undoubtedly better' than my era – Hakkinen
(GMM) While some purists mourn for F1's days of old, Mika Hakkinen thinks the sport is better than ever.

The 1998 and 1999 world champion admitted to Finnish newspaper Turun Sanomat that his legendary pass on Michael Schumacher at Spa in 2000 would have been a lot easier with 'DRS'.

But he also insisted: "The racing today is undoubtedly better than in my time.

"Now there's so many different winners from different teams, and so many passes and different fights.

"Overall, it is much more exciting now than when I was racing," said the 43-year-old Finn, who won 20 grands prix with McLaren until his retirement in 2001.

Hakkinen is at Hockenheim this weekend, as he is involved in the management of Williams' reserve and Friday driver Valtteri Bottas.

Grosjean, born and raised in Geneva, now races with a French license and calls himself a Frenchman, and if he wins a grand prix, the podium loudspeakers will play La Marseillaise.

But why he fails to honor his birth nation is not widely known.

Grosjean's Swiss father Christian told Blick newspaper: "Switzerland never helped my son throughout his career, while the French did.

"My heart beats for Switzerland, but you have to be loyal and stay loyal to the country that gave you a chance," Grosjean's father, a lawyer and former junior slalom skier in Switzerland, insisted.

He explained: "In 2003 Romain was the champion of Formel Lista. But the Swiss team owner Andreas Jenzer saw no talent in Romain, even though a few years later he at least apologized.

"Then Renault helped us," he said.

Indeed, in 2006 Grosjean moved into Euro F3 with the French team Signature before winning the championship in 2007 with another French outfit, ASM.

He entered GP2 with Frenchman Nicolas Todt's ART team, made his F1 debut in 2009 with Renault, and returned to GP2 in 2010 to win the title with French squad DAMS, headed formerly by Frenchman and current Lotus chief Eric Boullier.