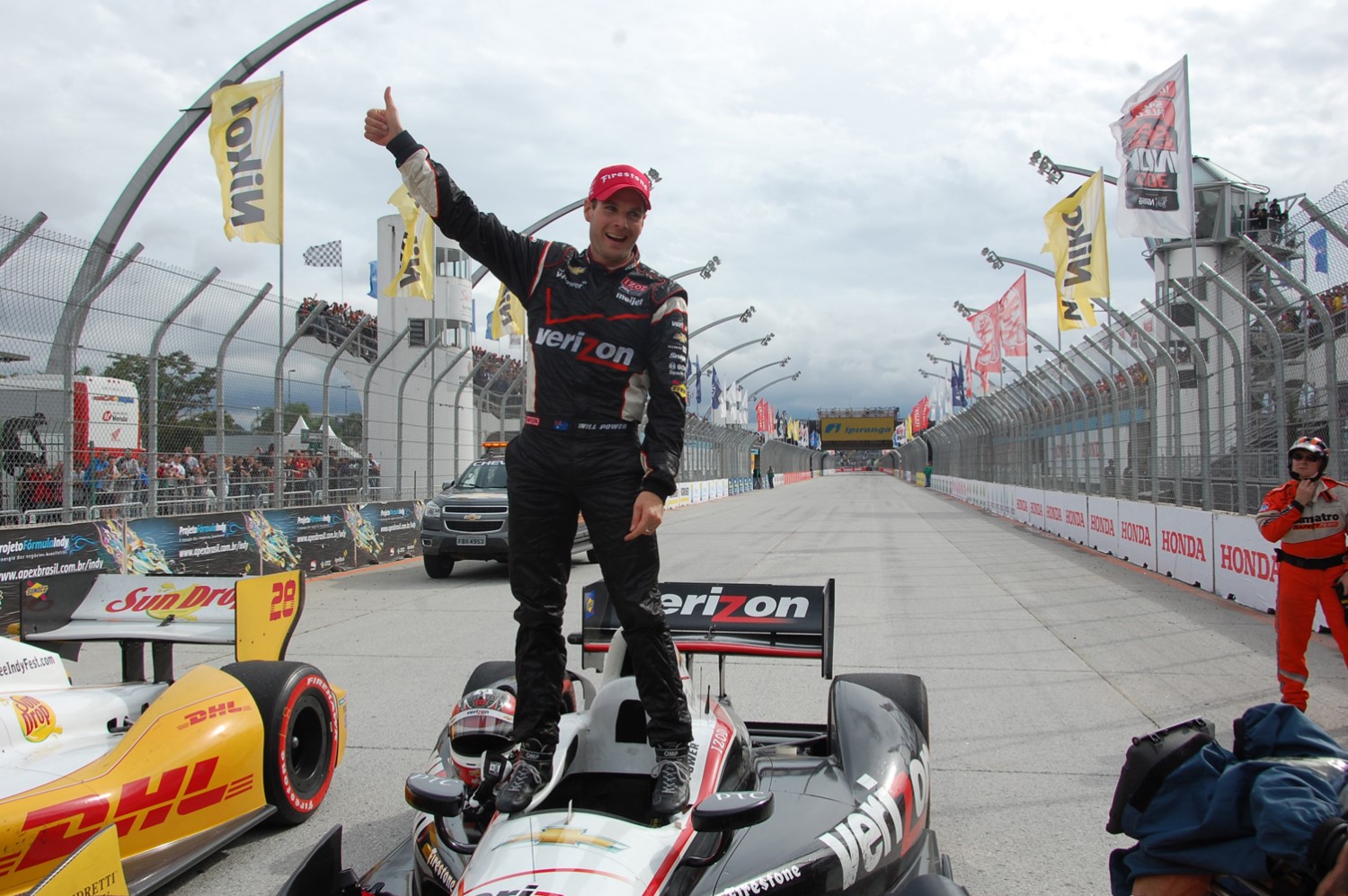 Will Power dismisses the notion that with four of the five remaining IZOD IndyCar Series races on road/street circuits, the championship is his to lose. He doesn't waver, however, that he'll be in the hunt.

Power enters the eighth Edmonton Indy as a two-time winner (2011 and '09) and a two-time pole sitter (2010 and '09) in the four races on the City Centre Airport (old and current) under INDYCAR sanction. But with Ryan Hunter-Reay parlaying three consecutive victories into the driver's seat of the title chase, Power is 34 points back.

There's familiarity in the position, which drives the 31-year-old North Carolina resident. Last year, exiting the Toronto race, Power trailed Dario Franchitti by 55 points. Completing the Canadian doubleheader in Edmonton with a victory, the gap closed to 38 points.

"I understand what I've got to do to win the championship," the driver of the No. 12 Verizon Team Penske car said. "It's still all about executing on the weekend and being mistake free in the pits, on the track, strategy wise, everything. It's got to come together for you. It doesn't matter if you're thinking, 'Oh, shoot, this is going to be easy for me because it's road courses; where in fact, it becomes very, very tough on road courses to win just because of the competitive nature of this year.

His teammate, Helio Castroneves, who's third in the standings, has three runner-up finishes at Edmonton in the past four years. Scott Dixon, who turns 32 on race day, is in fourth place with two victories and a third at Edmonton.

Power has two poles and two front-row starts in the six road/street course events this season to complement three victories and another top-five finish. Hunter-Reay has advanced to the Firestone Fast Six four times, with a best start of third in the St. Petersburg opener. Podium finishes at St. Petersburg and Sao Paulo augment his Toronto victory.

On the 2.224-mile, 13-turn City Centre Airport circuit that features three long straights intermixed with sharp turns, getting the new car's balance will be key to the 75-lap race (2 p.m. ET July 22 on NBC Sports Network).

"What it will take to win, which is, most of the time, good qualifying, a very good strategy and just really good pit stops," Power said. "I feel as though we are one of the quickest out there, and when things go right on the weekend I think we are always on the podium or we win the race.

"To win the championship, things have to go your way. Week in, week out, you've got to be knocking on the door. You've got to be up there with a chance to win every weekend, and if you can't do it, you accept what you've got and get the most out of it. You know, don't try to force the issue and have a DNF. That's how I see it; the guy that does that the best is going to win this year."

At Edmonton, Hunter-Reay has three top 10s (high of fifth in 2010) and started and finished seventh last year. His three-race streak has included the flat Milwaukee Mile, the .875-mile Iowa Speedway oval and the 1.75-mile, 11-turn Exhibition Place street course.

"It's been the best run of my career, but it's not something that's happened by accident," said Hunter-Reay, driving the Team DHL / Dr Pepper car this weekend. "Having been here at Andretti Autosport since 2010, it really feels like a family. We all know each other and get along really well. It's the kind of thing that can only happen over time, and I'm feeling that kind of connection for the first time in my career.

"The lows that I've been through in my career, like being relegated to driving a show car in 2005 and then not being able to find a ride at all for the 2006 season, make the highs that much better. Those disappointments have only made me stronger and hungrier now that I've found a home."