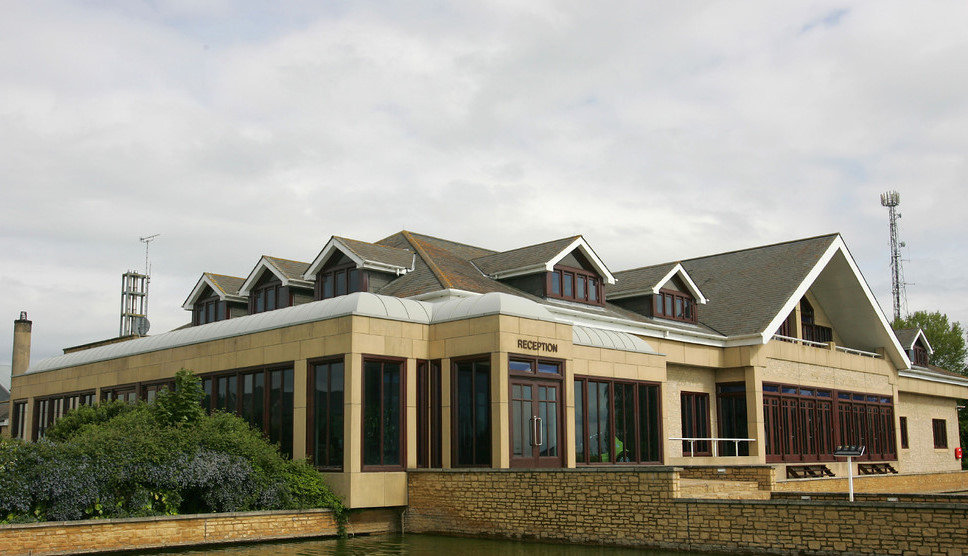 Caterham moves into former Super Aguri factory
(GMM) Caterham has announced it will move into its new factory after this weekend's Hungarian grand prix.

It emerged in January that the Tony Fernandes-led team would relocate to the former Arrows and Super Aguri facility in Leafield, Oxfordshire.

From its 2010 inception, the former Team Lotus has been based in Hingham, Norfolk.

"With Leafield open for business, we have put in place the next vital stage for the continuing development of all the Caterham Group businesses," said Malaysian entrepreneur Fernandes, referring not only to his F1 team, but also Caterham's GP2 and road car arms.

"The first task is to refurbish the whole site and prepare it for a long and successful future," he added.

Fernandes said the refurbishment will be finished in late October.

Karthikeyan happy to stay at HRT
(GMM) Narain Karthikeyan insists he does not regret sticking with F1 backmarker HRT.

The Indian was ousted by the formerly Colin Kolles-led outfit last year but rehired by its new management for 2012.

However, his return got off to the worst-possible start in March when both he and teammate Pedro de la Rosa failed to qualify in Australia.

"It was a low point as I never thought I would be a spectator in Melbourne," Karthikeyan, 35, told the Deccan Chronicle newspaper.

"But I never regretted the decision to continue with HRT," he insisted. "The team used to work like a GP2 outfit, but a change in the management has showed that they belong in formula one."

Indeed, the now Luis Perez-Sala-led Spanish outfit looks set to overtake rival Marussia at the back of the field, but Karthikeyan's progress has been less steady, out-qualified by de la Rosa on every occasion so far in 2012.

He insists he has been "really unlucky" and made some errors with tire management.

"I had to make way for our reserve driver Dani Clos in Barcelona and Silverstone. Again I am sitting out during Friday's FP1 this weekend," he added.

Karthikeyan said matching up against de la Rosa has been a tougher task than beating his former teammate.

"It was much easier to compete with my previous teammate Vitantonio Liuzzi than Pedro de la Rosa who comes with a rich experience of working as a McLaren driver," he said.

Whether he can hang on to the seat for 2013 is therefore an open question.

"Formula one is a complicated business," said Karthikeyan, "but I would love to remain with HRT as I am very comfortable dealing with this management.

"I know the team's plans for the 2013 car and it's expected to be much more advanced. So I am excited about it."

The McLaren driver has not missed a single race since debuting in Melbourne in 2007.

"That's incredible, because I still remember my first as if it were only yesterday — I guess formula one has that effect on you!" said the 2008 world champion when asked about his century.

Also celebrating his century this weekend is Caterham's Heikki Kovalainen, even though he actually didn't start the race in Barcelona two years ago with a gearbox failure.

The Finn is therefore celebrating Hockenheim as his 100th "grand prix weekend".

"That's a good milestone to reach and I'm pleased I'll be able to celebrate it with a really good team of people, and a lot of friends in the paddock," said the 30-year-old, who was teamed with Hamilton at McLaren in 2008 and 2009.

Sebastian Vettel debuted a half-season later than Hamilton and Kovalainen, and so his hundredth race will come only in November.

It is interesting to note that, despite winning two titles and 22 races, the 25-year-old German has actually never won a grand prix in July.

"There is more pressure in July now," he joked.

In 2011, there were three grands prix in July, and the same is true this year. His teammate Mark Webber won July's first race at Silverstone, and this weekend will be his home race.

Then, next weekend, he will get a third chance to win in July, in Hungary.

"If it doesn't happen, hopefully I can try again — in July," he smiled.

Vettel, however, denied that winning his home race this weekend is more important than any other victory.

"It's a race like every other," he said. "Sure it would be very special but I don't score more points just by winning my home race."

Last week, the Maranello team denied it is in a "hurry" to decide the identity of Fernando Alonso's teammate for 2013.

The team's website columnist The Horse Whisperer also slammed the "rumormongers" who have speculated about the likely candidates.

"Now coming into bloom are a whole list of possible and potential replacements, with a list of names from A to Z, something Ferrari is well used to," he wrote.

"In truth, one letter, the 'Z', seems yet to be uncovered, or quite possibly it's Zorro … unmasked," the anonymous columnist added.

"I think if I continue working with this pace and improving the car, there is no reason not to stay here," he is quoted by the Brazilian Agencia Estado.

At Silverstone recently, Massa put in his best performance of 2012 so far, qualifying fifth and then finishing just one place behind the podium.

"This is the direction we need to keep," he said. "I feel much more comfortable. I'm driving the way I like.

"I think there is still more to come in the future.

"I need to improve with each race and make it a different championship for me from now until the end of the season."

F1 in 2012 better than Schumacher days – Ecclestone
(GMM) Bernie Ecclestone insists he remains happy with the 2012 season so far.

Seven different winners have won the opening nine grands prix, and drivers including Michael Schumacher, the Lotus duo and Sauber's Sergio Perez are tipped to maybe be the eighth.

"Isn't this better than when you knew almost before it happened that Michael Schumacher was going to win?" Ecclestone is quoted by O Estado de S.Paulo newspaper.

"How many different drivers can win the races now?" he added.

And Ecclestone said the actual racing in 2012 has been just as exciting as the unknown outcomes.

"How many changes have we seen in the last few laps?" he asked rhetorically.

The publication has calculated that Lotus' Grosjean would be ahead of Nico Rosberg in the drivers' championship had he kept his nose clean so far.

In Melbourne, he crashed with Williams' Maldonado; in Malaysia, he had contact with Michael Schumacher, and in Barcelona his rival was Sergio Perez, and at Monaco and Silverstone he came to blows on the first laps.

"In total Grosjean could have 18 more points in his account," the journalist Michael Schmidt concluded.

In Melbourne he crashed alone, in Malaysia with his Williams teammate Bruno Senna, at Monaco with Pedro de la Rosa, at Valencia with Lewis Hamilton and at Silverstone with Sergio Perez.

Mexican Perez said two weeks ago: "He has no respect for other drivers. I don't know why the stewards don't take more action against him.

"We are risking our lives out there and if they don't do something he will hurt someone."

Auto Motor und Sport said Maldonado's crashing has cost him no fewer than 45 points — many more points than he has actually collected so far in 2012.

Forbes magazine said English football club Manchester United tops the list with an estimated worth of $2.23 billion, ahead of Real Madrid and then a roll-call of American football teams.

The Dallas Cowboys is worth $1.85 billion, tied for third with the New York Yankees baseball team.

F1 has only two teams in the top-50, the fabled Italian squad Ferrari ranked fifteenth with an estimated value just over $1 billion.

That is 3 per cent higher than last year, while McLaren's estimated value dropped 2 per cent to $800 million, with Forbes saying main backer Vodafone is reviewing the sponsorship deal.

"McLaren would be hard pressed to replace Vodafone at comparable levels," said Forbes.

"McLaren also faces the free agency of Lewis Hamilton, who is one of the most marketable drivers in the sport," the report added.