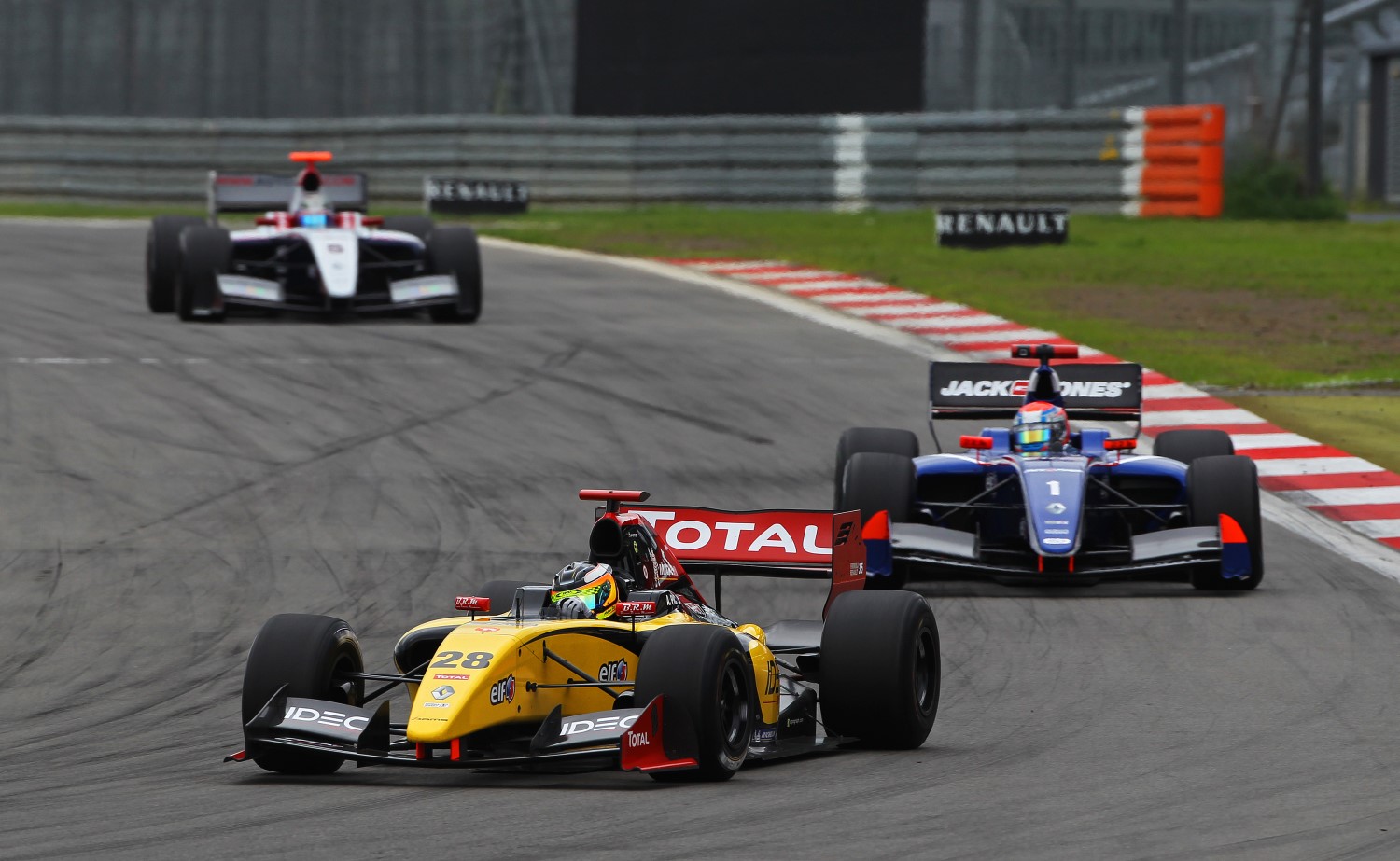 France’s Arthur Pic brought his and Dams’ long wait for a maiden Formula Renault 3.5 Series success to an end on Sunday, the day after Bastille Day. Completing a surprise podium that featured none of the championship leaders were Walter Grubmuller (P1 Motorsport) and Kevin Korjus (Tech 1 Racing).

The start was chaotic to say the least. Bianchi and Sorensen came to blows, while Bird was shunted by Cesar Ramos (Lotus). Though Bianchi managed to rejoin the action, the race was over for the other three drivers, just as it soon would be for Anton Nebylitskiy (Team RFR), Nico Muller (International Draco Racing) and Vittorio Ghirelli (Comtec Racing) after they all came together. The remaining cars bunched up when the safety car inevitably appeared, Pic leading the field from Nick Yelloly (Comtec Racing), Korjus, Grubmuller and Alexander Rossi (Arden Caterham).

Pic maintained his lead over Yelloly when the action resumed, while a number of drivers checked into the pits straightaway for the compulsory tire change. Resisting the trend, Pic, Yelloly, Grubmuller and Andre Negrao all decided to stay out for longer.

The leading two strung together a series of fastest laps, while Bianchi, pursuing a different strategy to the rest of the field, surged up to third before ducking into the pits.

The two leaders pitted at the same time only for Yelloly to undo all his good early work by stalling. That left Pic with a commanding lead as he exited the pits, the Frenchman putting distance between himself and Grubmuller, Negrao, Korjus and Rossi.

Pic would stay out in front all the way to the line, chalking up a debut FR 3.5 Series win for himself and his team. Grubmuller’s second place was his best result of the season to date, while Korjus stole past Negrao on the final few laps to take third. Eventful as it was, the race left the top of the championship standings unchanged, with Frijns and Bird both failing to score and Bianchi closing the gap on them slightly after coming home seventh.