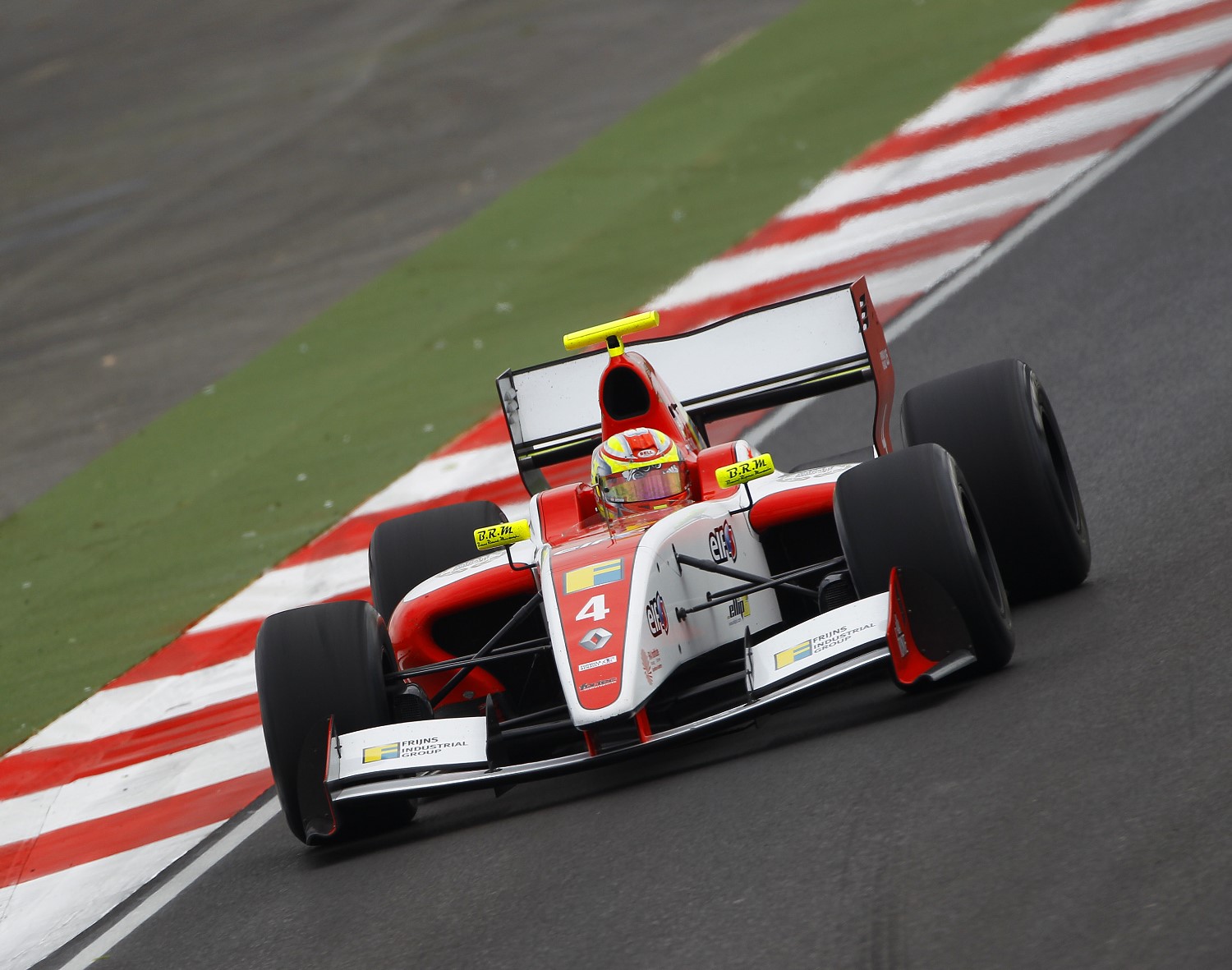 The drivers in the Formula Renault 3.5 series were first out on the Moscow Raceway this morning in blazing sunshine.

The session got off to a flying start as Sam Bird, Nico Muller and Jules Bianchi swapped first place, and then Robin Frijns and Carlos Huertas upped the pace just before the red flag was hung out. At that moment Frijns was quickest with a time of 1m 25.661s in front of Huertas, Bird, Arthur Pic and Antonio Felix da Costa.

When the session restarted Frijns went even faster with a lap in 1m 25.103s, and led Marco Sorensen and Pic when the drivers came in to put on fresh rubber.

Bird was the first to improve and took provisional pole in 1m 24.918s, but the current championship leader’s joy was of short duration as first Pic and then Frijns went quicker with the Dutchman topping the time sheets in 1m 24.047s.

He went even quicker on his final flyer with a time of 1m 24.031s, and Marco Sorensen had just snatched second place from Bianchi when the session was stopped for good after Nicolay Martsenko’s shunt. It was Frijns’ second pole of the season just before he got into an F1 car for the first time in his career.

Robin Frijns: Since yesterday we knew we had a quick car and we confirmed that this morning. I was in the groove immediately. Before the race I’m going to do a few laps of the track in the Red Bull RB6, and I’m just going to enjoy myself during this demonstration as I have to remain concentrated on the Formula Renault 3.5 Series race."

Marco Sorensen: “We’ve been quick since the start of the weekend. Starting from the front row is a good thing. I’ll have to take a few risks to overtake at the green lights and then wait as tire wear is going to play a capital role in the outcome of the race."

Jules Bianchi: “I was held up on several occasions and that’s a pain in the neck. Finally, third quickest isn’t too bad. It’ll be a long race and consistency will be very important as you can’t relax here for a moment."