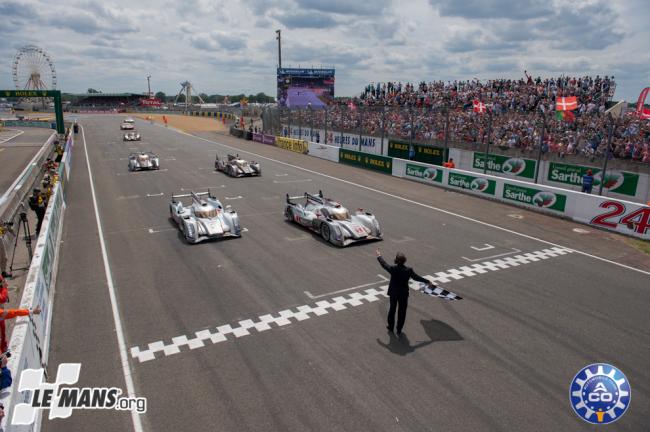 In 2013, the Le Mans 24 Hours will be 90 years young! This very important anniversary will be celebrated in the style it deserves during the event on 15-16 June. The test day will be held on Sunday 2nd June 2013.

The first Le Mans 24-Hours race, which was created at the 1922 Salon de l’Automobile in the Grand Palais in Paris by Georges Durand, ACO general secretary and some of the most important members of the club, and Emile Coquille, the French representative of the Rudge-Whitworth detachable wheels company, was held on 26-27 May 1923.

The test day will again be held two weeks before the race on Sunday 2nd June 2013. Scrutineering and administrative checks will be organized on Sunday 9th and Monday 10th June.

As in 2012, this schedule will allow the teams to set up inside the Le Mans 24-Hours circuit, and they will not have to dismantle their installations before the start of the biggest rendezvous of the year on the international endurance calendar.

The full 2013 FIA World Endurance Championship calendar, in which the Le Mans 24 Hours is the blue riband event, will be announced in September 2012.