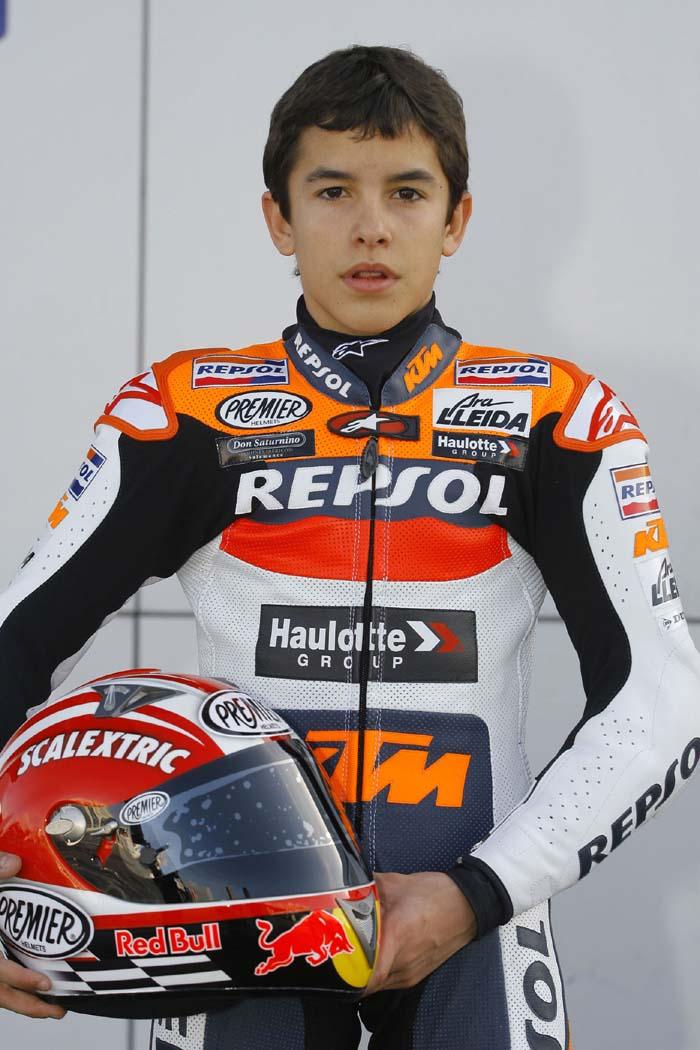 Honda Racing Corporation is pleased to officially announce Dani Pedrosa and Marc Marquez as the two factory Honda riders for 2013 and 2014 (Casey Stoner announced his retirement in this article).

He has been runner up twice and has also finished third in the premier class on two occasions. After celebrating his maiden win of the 2012 season last weekend in Germany, Dani has shown he is certainly one of the contenders for the title in the premier class this year.

Marc Marquez, born on 17th of February 1993, will make his debut in MotoGP with the Honda factory team at just 20 years old. Already recognized as one of the biggest young talents in the World Championship, Marc has signed for two years with HRC. He was 125cc World Champion in 2010, runner up on his debut year in Moto2 class and is currently leading the Moto2 World Championship by 43 points.

DANI PEDROSA
"I'm very happy to be able to announce my renewal with the Repsol Honda Team for the next two years. It's been a very long relationship with Honda and I had a strong desire to stay here. The fight for the Championship this year is still open and the next two seasons will be very interesting for me. My whole career has been linked to Honda, since I entered into the World Championship in 125cc, then in 250cc and since 2006 in MotoGP. I'm perhaps one of the riders with the longest history with Honda, which makes me feel very proud. I want to thank HRC once again for their support; I'm sure that we have great things to do together".

MARC MARQUEZ
“To reach MotoGP next season with Repsol Honda is a dream come true and I want to thank HRC for their confidence in me. I am very proud to be a part of the big Honda family for the future and I don’t want to forget all the people have helped me since I began to ride motorbikes. Now my focus is on Moto2 where my team and I are working very hard and we are excited to achieve our goal, which is to win the World Championship in 2012."

SHUHEI NAKAMOTO – HRC EXECUTIVE VICE PRESIDENT
"We are very pleased to renew our contract with Dani and welcome Marc to the Repsol Honda Team. Dani is enjoying a very strong season and currently fighting with Casey and Lorenzo for the Championship, we are very pleased with his performance. Marc has already proved how fast he is in 125cc and Moto2, and we believe that, giving him the right time to adapt to the new class, he will also be able to show this in MotoGP in the future".