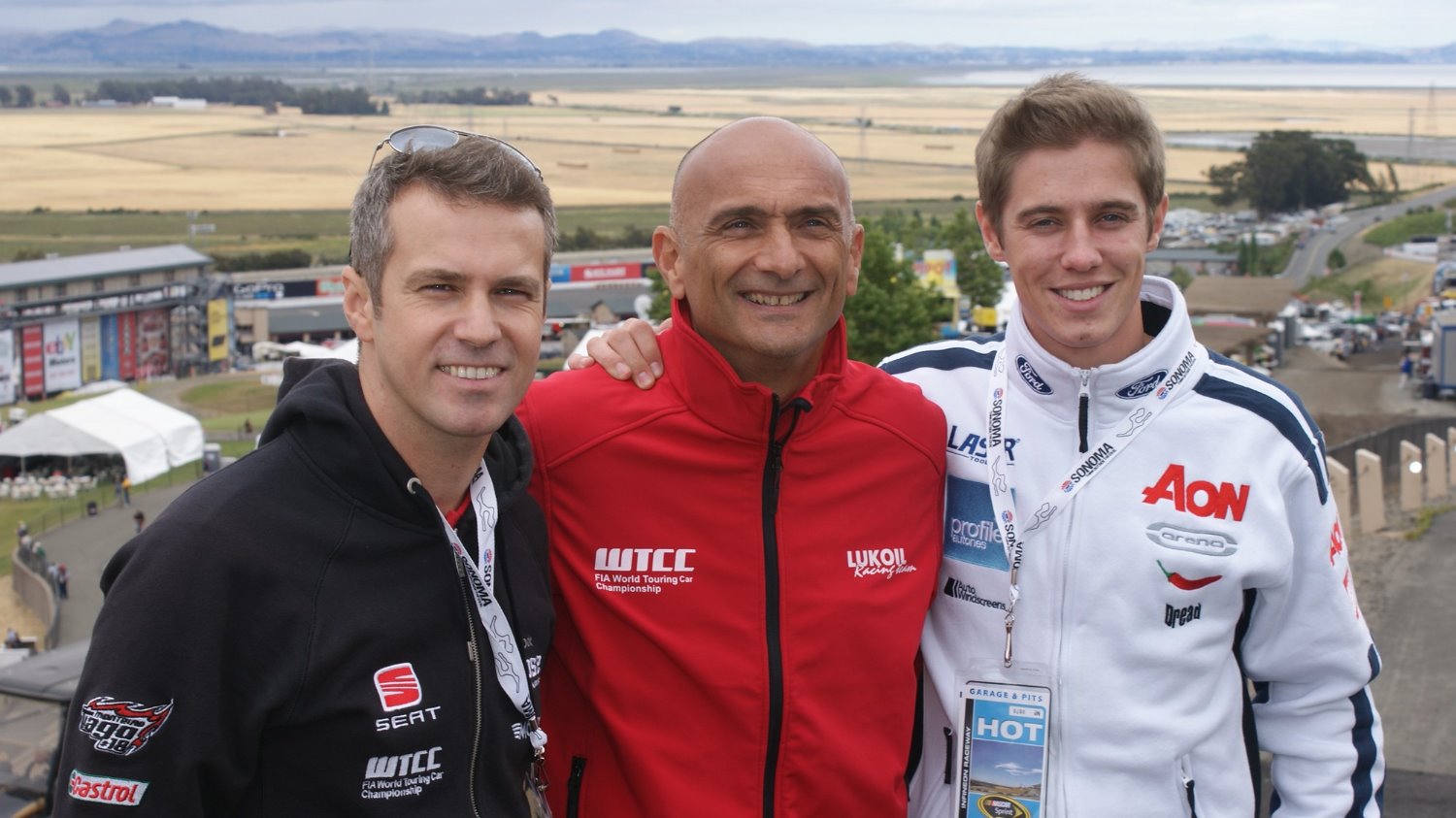 Tiago Monteiro took a week out of his schedule to promote the FIA World Touring Car Championship (WTCC) in the United States, where the championship will be heading for the first time in its history, from September 21-23 on California's Sonoma Circuit.

The United States hold a digest of excellent memories for the Portuguese FIA WTCC driver since it was on a mythic circuit in Indianapolis that he conquered a podium in Formula 1, in 2005. It was also in the United States that Tiago had a career in the US equivalent of F1, Champ Car. The Americans' culture and love of motorsports are two factors in favor of the success of the FIA WTCC across the Atlantic.

"It's an honor for me to have been tasked with this mission to promote the WTCC in the United States. Returning to a country that I know and admire, which has brought me so much happiness, is an immense pleasure," Tiago Monteiro explained. "I combined business with pleasure on my visit, because I did not underestimate the importance of an awareness campaign on the FIA WTCC because we need to inform auto racing fans about this championship which they have everything to discover."

During his visit, Tiago was greatly impressed by the quality of the welcome the Sonoma race organizers, NASCAR, and the racing press had in store for him, Tiago Monteiro got a chance to offer them track baptisms at the wheel of his SEAT Leon.

"We also took part in a demonstration before thousands of American fans," Tiago continued, "It was a founding event, very important because given the fact that is the first time the FIA WTCC is going to the USA, the first contact was very important. It was of a great quality, and I am sure that the Sonoma races will be like the circuit, the fans, and the organizers, very exciting. I can't wait to return to Sonoma with the entire FIA WTCC caravan."