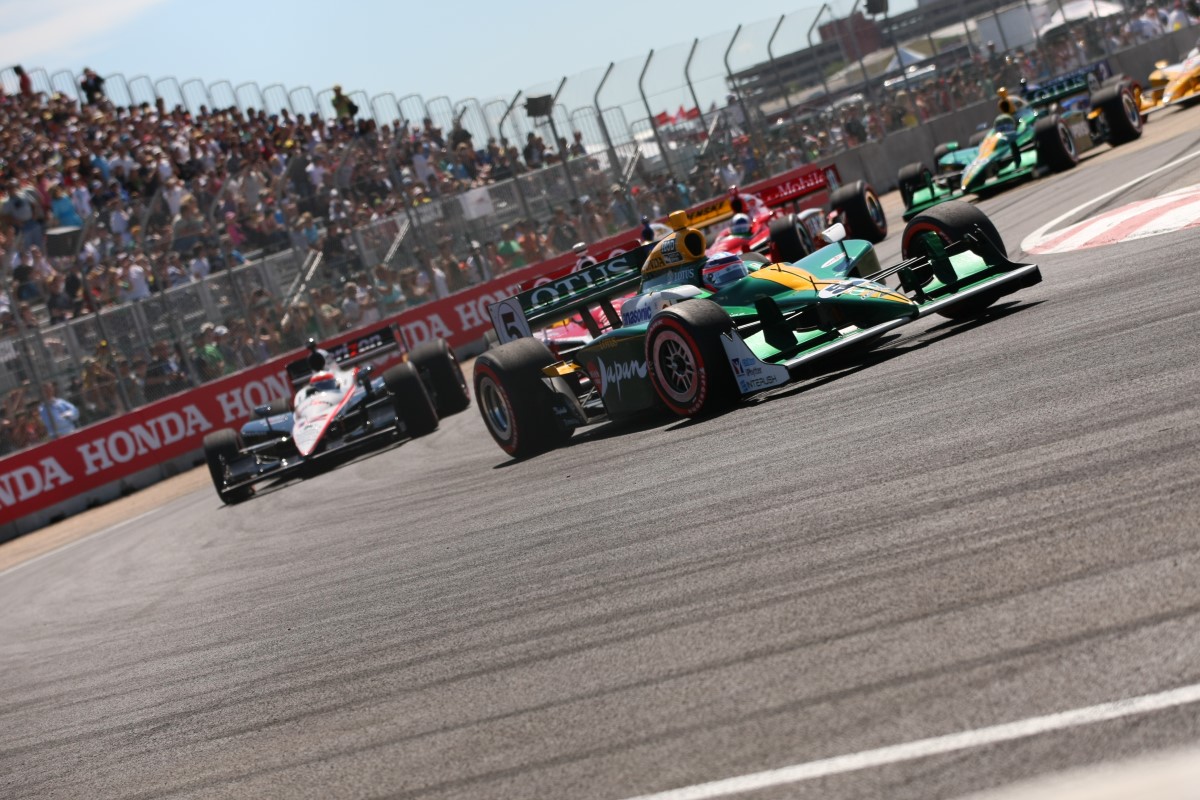 Put yourself into the driver's seat as the 2012 edition of the Edmonton Indy rolls into town.

North America's premier open-wheel racing series returns to Alberta's capital city July 20 to 22, with Indy drivers jockeying for top position on one of the circuit's most intriguing tracks.

With top racing names including Will Power – who could become the first driver to post back-to-back wins on the 13-corner, 3.631 kilometer (2.256 miles) track – and series leader Ryan Hunter-Reay coming off his third straight victory, you can almost hear the roar of the engines and feel the glint of the sun on the City Centre Airport Indy track. But the Edmonton Indy is so much more than just the IndyCar race even when you add in names like Marco Andretti, Helio Castroneves and Canadians James Hinchcliffe and Alex Tagliani.

"This year, we also have four additional series racing over the track for the three days. It's non-stop racing. There's a 15-minute break and then there is someone racing on the track," says Janacek.

— the Firestone Indy Lights series, the first level ladder series for
IndyCar;
— for the first time ever in Edmonton, the Star Mazda Championship
presented by Goodyear, a second level ladder series situated between the
US F2000 and Indy Lights;
— the return of Canada's best stock car drivers with the NASCAR Canadian
Tire Series – last in Edmonton in 2010; and
— the North Alberta Sports Car Club's Eurasia Cup GT Invitational.

While Janacek points out that the Edmonton track is one of the best for racing fans to catch more than just a glimpse of their favorite drivers – about 95 per cent of the seats afford a vision of the whole track, he says, as opposed to some city courses where buildings block your view – IndyCar visitors can get up close and almost personal.

A Pit Walk Alley pass – available for purchase before and during the event – provides a close-up look at the pits that will be used during racing.

There's also the Paddock, which acts as the headquarters for each team and car during the event, and is described as the best place to see the cars, stars and teams before and after the races.

Or catch one of the organized autograph sessions set up on site.

The road to Indy festivities

It's full speed ahead for fun at the Edmonton Indy, where events are not just limited to the City Centre track. Race Week Edmonton has programmed activities throughout the month of July with the excitement and entertainment continuing into August.

This year, the Edmonton Indy partners with the highly popular Taste of Edmonton – an excellent way to savor some of the city's most popular and favorite cuisine – with the Rock the Race Party Paddock from July 19-22 in Churchill Square in the heart of downtown. Race Week Edmonton will drop the let's have fun flag in the Taste of Edmonton Entertainment Zone where musical guests include Honeymoon Suite, The Headpins and Wide Mouth Mason.

The Ford Full Speed Fun Zone, meanwhile, featuring interactive displays and activities for both children and adults will be set up a stone's throw away, and runs from July 19 through 21.

The 4th Annual CanTorque Kart Night with Alex Tagliani, at Speeders 13145-149 Street, on July 19, provides racing fans a chance to see the Canadian Indy star off track where laughs, racing, prizes, and a portion of the proceeds go directly to charity. But that's just a sampling of what Race Week Edmonton has in store.

And for those who want the definitive fan encounter, how about five laps on Edmonton Indy's race track in a supercar? The Supercars for Superkids Lottery – in support of Edmonton's Youth Empowerment & Support Services Agency – offers up 30 chances to win one of these ultimate Edmonton Indy experiences.

Edmonton Tourism promotes Greater Edmonton as the destination of choice for tourism, conventions, major events and film production and is a division of Edmonton Economic Development Corporation (EEDC). Edmonton Tourism encourages socially and environmentally responsible tourism. For more information, visit www.edmonton.com Learn more about Edmonton through the stories of people who've experienced it at www.edmontonstories.ca .