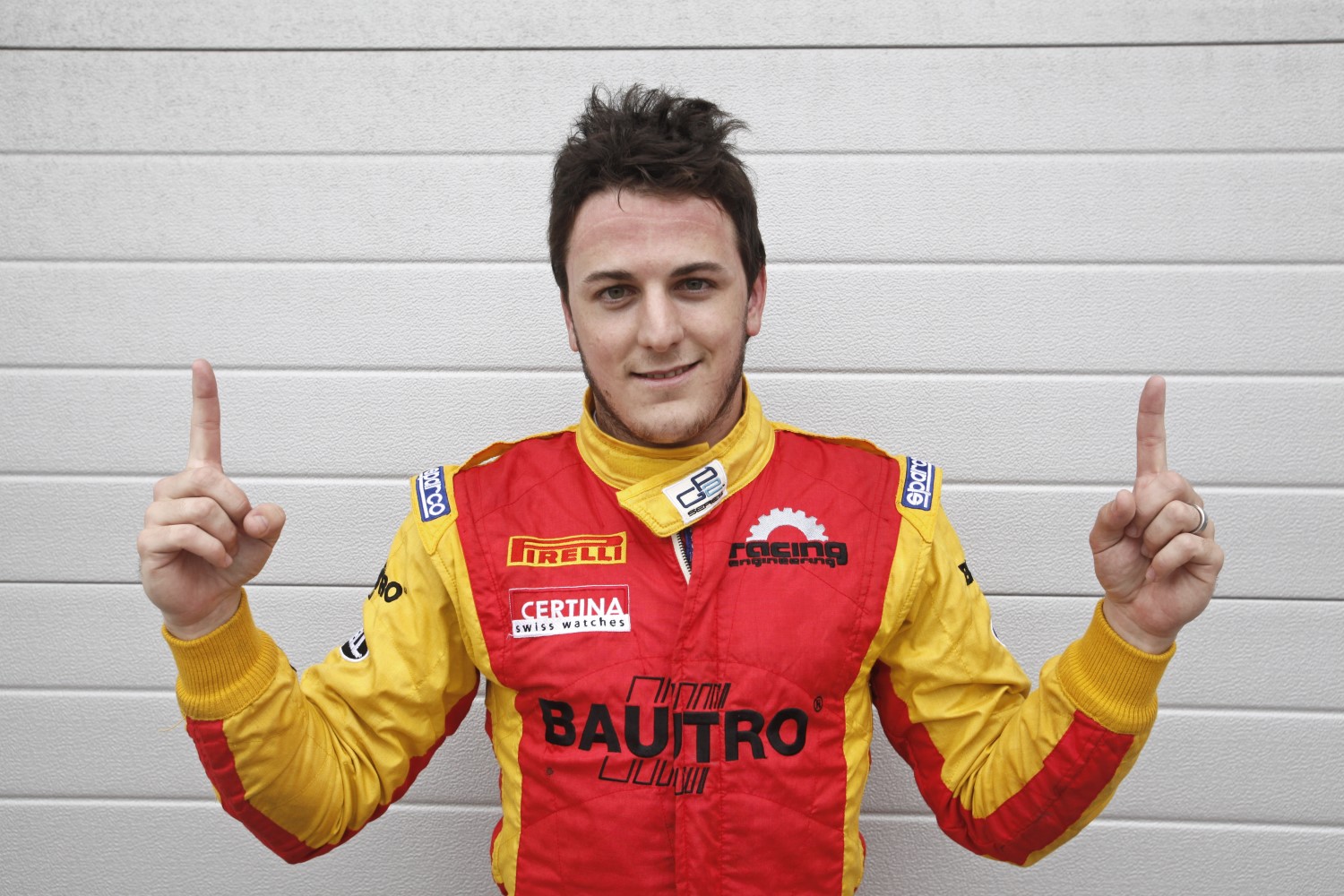 Fabio Leimer has decimated his rivals with an untouchable string of laps in this afternoon's qualifying session in Silverstone that put him almost a full second ahead of his closest competitors Johnny Cecotto and local driver Jolyon Palmer to claim an easy pole position for tomorrow's feature race.

The Swiss driver stopped the clock at 2:01.889 in cold, wet conditions, with temperatures dropping further from the earlier lows in free practice this morning. Leimer set the running for almost the whole session, with his rivals seemingly unable to do anything about his pace in the treacherous conditions.

Series leader Davide Valsecchi was the first man on track, hopeful of taking advantage of a clear track in the session which promised to be one of the most difficult in recent memory, and duly set the running next time around. But Leimer cut 2 seconds out of the Italian's time to be the first man into the 2:07s, and although Valsecchi sneaked ahead on his next lap, it was the Swiss driver who was to set a string of fastest laps from then on, seemingly in competition only with himself.

The rest of the field were determined to provide some competition, but each time they closed a little on his times it seemed to spur Leimer into an even faster lap. This continued until the 20 minute mark, when Marcus Ericsson and Johnny Cecotto slowed and stopped on circuit, prompting the red flags to make a first appearance in the session. The Venezuelan was pushed from the pitlane entrance back into the pits and was accordingly able to take the re-start.

With ten minutes remaining there was little to lose, but although the rain seemed to ease slightly it was hardly optimal conditions for lap times. A number of drivers slowed and stopped in the closing minutes, possibly having run out of fuel in the awkward conditions, but happily managed to roll off the circuit to avoid anything other than local yellows.

With one minute to go Palmer found enough for P3, with Cecotto improving his best time just after that to hold on to 2nd place, but both drivers were still almost a second off Leimer's pace, although they displaced Stefano Coletti, Esteban Gutiérrez, James Calado, Rio Haryanto, Max Chilton, Luiz Razia and Giedo van der Garde in the process, setting up an interesting set of duels for tomorrow's feature race.