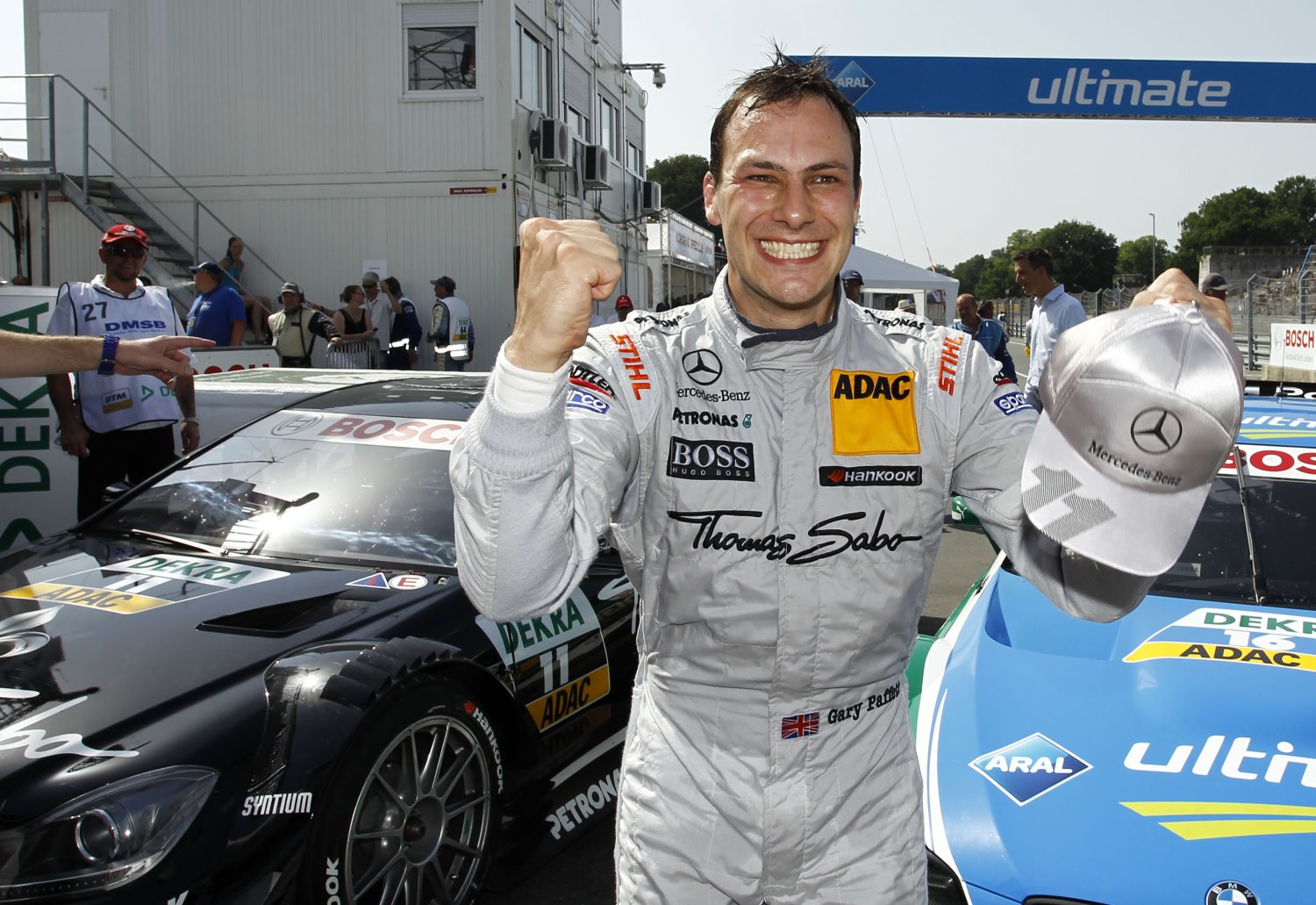 Summer temperatures of around 35 degrees C turned qualifying for the fifth DTM season round at the Norisring to a hot battle. Points’ leader Gary Paffett remained the coolest with his DTM Mercedes AMG C-Coupé. The Brit completed his lap of the 2.3 kilometers long street circuit in Nuremberg in 49.139 seconds and will be starting from first place on the grid into Sunday’s race. The qualifying winner said about the 111th pole position for Mercedes-Benz: “That was close. I am totally happy, a perfect day. Tomorrow, I want my third victory of the season. Driving safely is not an option, I will give everything to win." For Paffett, it is the tenth pole of his career and the second of this year.

Paffett’s fellow Mercedes-Benz driver Jamie Green completed the clean sweep of the front row for Mercedes-Benz by qualifying second fastest on Saturday afternoon. The Brit was only 0.032 seconds down. Brazilian BMW driver Augusto Farfus celebrated his third place like victory in qualifying: “For me, third place on the grid feel like being on pole. I am overjoyed. The performance of the car was just great. Even for me, as a Brazilian, it was too hot in the car today."

Two times’ DTM champion Mattias EkstrÃ¶m was the best-placed Audi driver on Saturday. With his Audi A5 Coupé, the Swede ended up fourth in qualifying. “Of course, going into Q4 as the fastest driver, being only fourth on the grid at the end is very disappointing. But I am still on the second row of the grid and from there, anything can happen", said EkstrÃ¶m.

Ralf Schumacher (Mercedes-Benz), who is celebrating his 37th birthday today, didn’t get any presents in qualifying. He was just 57 thousandths of a second short of making it into the fourth and final heat of the shoot-out qualifying. The German will be starting fifth. Reigning DTM champion Martin Tomczyk from Rosenheim will be lining up alongside Schumacher in sixth place with his BMW M3 DTM. His Canadian fellow BMW driver Bruno Spengler was seventh. German Christian Vietoris (Mercedes-Benz), Brit Andy Priaulx (BMW) and Italian Edoardo Mortara (Audi), who celebrated his maiden pole and his first race win in the most popular international touring car series in the fourth DTM round at Spielberg, round out the top ten.

The two Audi drivers Miguel Molina from Spain and two times’ DTM champion Timo Scheider had a setback. Classified 20th and 21st respectively, qualifying was over for them after the first heat already.