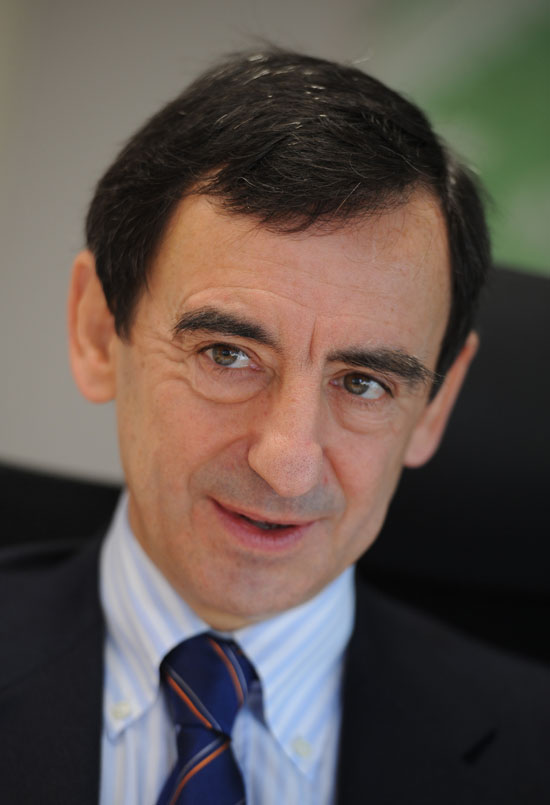 President Fillon will succeed Jean-Claude Plassart who occupied the post of president since 13th December 2003. President Plassart has retired as he has reached the 70-year-age limit that he himself put in the statutes.

Pierre Fillon has been the ACO vice president since May 2010. He joined the club in 1995 before becoming an administrator in December 2003, and then a member of the Steering Committee in November 2006.

Pierre Fillon, 8th President of the Automobile Club de l’Ouest: “First of all I would like to thank Jean-Claude Plassart for the great job he’s done since 2003. I’d like him to know how proud I am to succeed him at the head of this club that is celebrating its 106th anniversary this year! When I say how proud I am it’s because this mandate is the culmination of the passion for the motor car and motor sport that’s burned within me since my childhood.

“The Automobile Club de l’Ouest, the creator and organizer of the Le Mans 24 Hours since 1923 – among other first-class events – is a club with a vision. With this in mind continuing the work of my predecessors is a mission that I am only too happy to assume. We must continue in the direction already mapped out, while never forgetting that at the heart of our preoccupations is the life of our automobile club and our concern for our members whose loyalty we want to retain as well as increasing their numbers. Well beyond the fact of being an established company – which has to be powerful enough to retain its independence – the ACO is a club imbued with the generosity of spirit that comes from serving others despite the contradictions that this sometimes generate between its entrepreneurial calling and its concern for the volunteers who give freely without counting the cost so that the future is assured. Giving back to motor sport the place it deserves, enabling major manufacturers to find in endurance the best showcase for their innovations, reconquering the young generation and persuading them to share the passion that drives us, developing the renown of our club and Endurance on the international scene, continuing to contribute to the training of road users and providing them with the right information for ever-safer mobility is a huge and exciting challenge!"

Jean-Claude Plassart, 7th President of the Automobile Club de l’Ouest: “Being president of the Automobile Club de l’Ouest is no easy job, but it’s an exciting one. I’ve spent eight amazing years thanks, first of all, to the men and women I’ve met in this company, whether they are volunteers or permanent staff. I’ve also been very pleased to get to know so many remarkable people, the CEOs of the major motor car companies, drivers, directors of other federations, circuits etc. It’s a big responsibility to be at the helm of a club that is over one hundred years old. We live in a frenzied world in the grip of a worldwide economic crisis against which it is necessary to maintain an indispensable level of standards and development. When I saw the quality of the Steering Committee, of the Board of Directors, the ACO management and above all that of the new president, I’m leaving my role with a feeling of absolute confidence. Our club is there for the long term. I’m leaving with a slight tug of the heart strings and I feel satisfied with what’s been accomplished and confident about the future. I’d like to wish my friend, Pierre Fillon who has my full confidence, ‘bon courage’ to continue this exciting work."

Pierre Fillon’s election will take place with two weeks to go to the 80th Le Mans 24 Hours on 16-17 June.