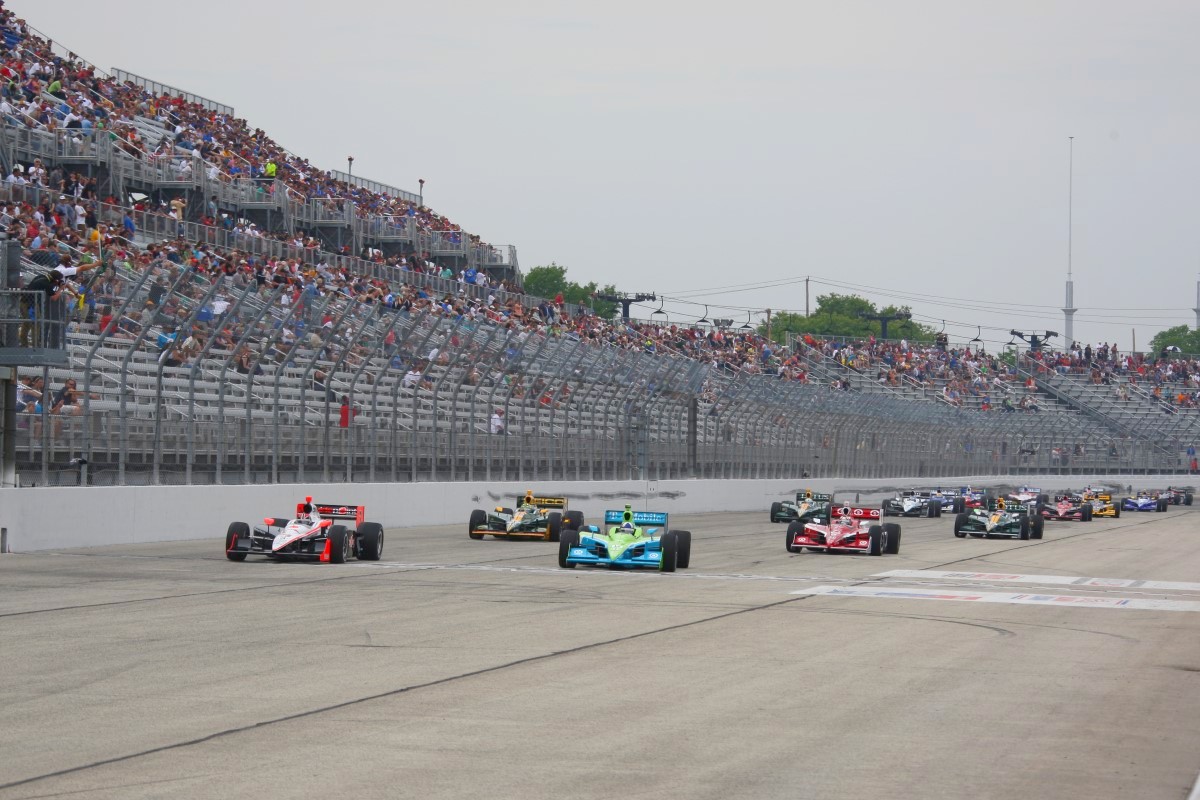 After my interview Tuesday with Michael Andretti, he had a question for me. What was the buzz around town, he wanted to know, for his reinvented IndyCar race next month at the Milwaukee Mile?

I told him what I knew, that this city, more than some, appreciates a bargain and expects to be over-served for its entertainment dollar.

That's good, he said, because he's lowered ticket prices 38% and has built a two-day, bang-for-the-buck festival around the race.

Drivers genuinely want to work this oval like musicians want to play Carnegie Hall, so we both agreed that the Mile, one of the most historic racetracks in the world, should be able to sell itself.

But we both knew that hasn't been the case lately.

The race went away, came back last year to great indifference and was on life support until Andretti and his investment team rode in last winter with IVs filled with motor oil, cash and the idea to re-brand the event in the mother of all summertime festival cities as Milwaukee IndyFest.

Back in February, Andretti was told that the three-week period before the race would be the time to put the pedal to the promotions metal.

So here we are, with just Detroit and Fort Worth on the IndyCar Series schedule standing between the restart of the June 16 race at the Mile. And how's Andretti feeling now about his call to try to make a go of a once-great event that has been running on three cylinders of neglect for too long?

"We started flat-out last Wednesday with the advertising," he said after Mile practice laps for his team and other drivers between the Indianapolis 500 and the Detroit Belle Island Grand Prix.

"That's when we were told to hit the market here because they are late buyers."

I'll give Andretti credit for market-research due diligence on Milwaukee spending habits. But seriously, is he selling tickets?

"I think OK," he said. "I'll probably let you know by the end of the week if it's doing what it's supposed to be doing. I know we are ahead of last year. "

Last year, with the race on Father's Day, attendance hit the wall. It was estimated that a crowd of only 12,000 showed up. This year it is on a Saturday with the Brewers out of town.

"We're keeping our fingers crossed," Andretti said. "On the operations side, we're excited and ready to go.

"Everything that we wanted to plan is planned. It's going to be a festival. The snake pit, the family-fun zone, the bumper cars, the Ferris wheel, the whole gamut. So there's going to be something for everybody.

"Now we just need the people to come out."

How many does he need to make it work?

Despite lower TV numbers for the Indy 500, Andretti believes things are starting to look up for his sport. The racing has to be good and worthwhile, because this city is not going to be distracted by carnival rides. T-shirt cannons at Bucks games only work for so long.

That's the promoter in Andretti talking. The racer in him knows the real attraction. It is the track that attracts drivers like few others and makes the person in the seats stand up and take notice.

"It's one of the greatest ovals in the world," said Andretti. "It's great for the guy in the stands. You can see the whole track. There's literally passing on every lap. There's always action.

"It's not always the fastest car that wins here. It's the car that negotiates the traffic best. That, to me, is fun to watch."

Andretti should know. He won here five times before retiring as a driver.

"It's a really difficult track to drive," he said. "When you get it right, it really pays you back with a good feeling."

If it pays him back in three weeks with recouped investments, it could be a win-win for Andretti and the city. JSOnline.com