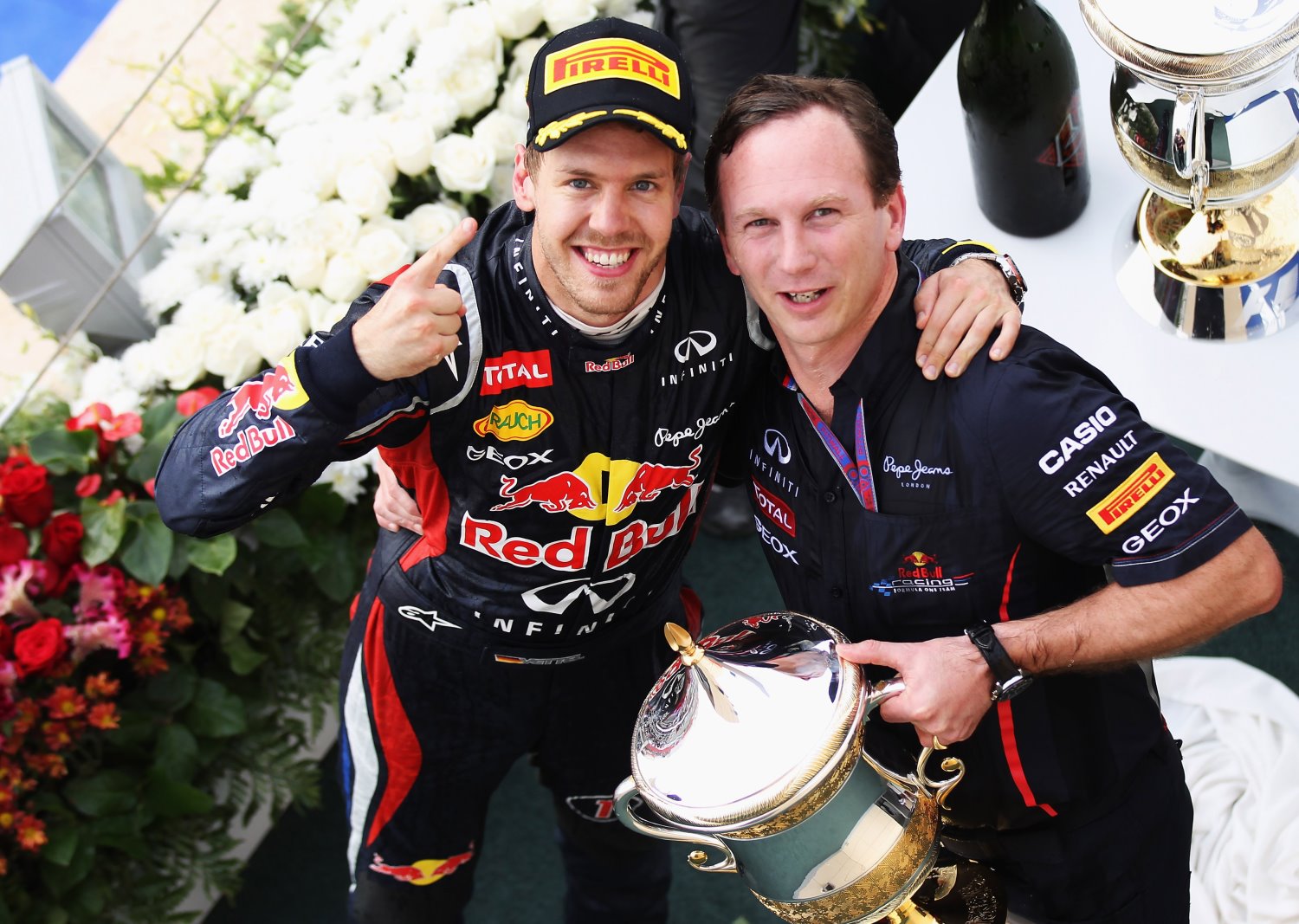 After the Red Bull driver won his second Monaco grand prix last weekend, his team boss Christian Horner moved to play down the 35-year-old's rumored 2013 switch to Maranello based Ferrari.

"Why would he want to leave?" Horner is quoted by the Sun.

"You could see on Sunday that he is at the top of his game and his future will take care of itself."

But Jones, who won Williams' first world championship in 1980, said countryman Webber should think about it if Ferrari have made him an offer.

"Mark has already done one of the two things that most formula one drivers would like to do, and that's win Monaco — the other one is to drive for Ferrari," he is quoted by AAP news agency.

"I'm sure he'd have a look at it. He gets on extremely well with Alonso, so maybe that could be a good way for him to go."

Also linked with Ferrari has been Webber's teammate Sebastian Vettel, who this week denied British newspaper reports about a 2014 'pre-contract'.

"How will this work if I don't know anything about it?" the German smiled to Austria's Kleine Zeitung.

Red Bull's Dr Helmut Marko, however, confirmed that the story is at least theoretically possible due to the existence of a contract out-clause for 2014.

"For 2014 there is a performance-related clause in his contract — for him and for the team," Marko revealed.

"To go to Ferrari while Alonso is there would be suicide," he insisted.

Triple world champion Niki Lauda also commented: "There is no hurry for Vettel.

"No one can anticipate where Ferrari will be in 2014."

That is the claim of French commentator Patrick Tambay, a former Ferrari driver.

Red Bull junior team Toro Rosso was ridiculed late on Sunday by opting to pull Vergne from a points-running position on the essentially dry Monaco track in order to fit intermediate tires.

But according to Tambay, it was a gamble that could have seen the 22-year-old scythe through the field to victory.

In the end, the heavy rain did not arrive until shortly after the checkered flag.

"If it had rained, he could have won," Tambay told RMC Sport.

"Late in the race, everyone would have been on very worn dry tires with a lot of trouble staying on the track," he added.

"Others could have dived into the pits but it would have been risky with so few laps to run.

"But with his (intermediate) tires, he (Vergne) would have been passing cars one after another. It was quite possible that he could have won the Monaco grand prix," added Tambay.

Monaco 'train' no 2012 thriller – report
(GMM) Amid the fascinating 2012 season, Monaco was not a statistical thriller.

DRS, the unusually competitive 2012 field and the mystifying Pirelli tires have so far combined to deliver record overtaking figures at this season's grands prix so far.

But according to Finland's Turun Sanomat newspaper, there were only nine passing moves recorded over the 78 laps on Sunday.

The last time fewer than ten overtakes were recorded at a grand prix was Japan 2010, when there were seven.

Last year at Monaco, there were 16 passes.

Of the nine recorded on Sunday, two were when backmarker Charles Pic was passed.

But there was little action at the front, despite the fact the top six runners all crossed the checkered flag within the blink of an eye.

With actual points still a distant goal for the three backmarker teams, Caterham, Marussia and HRT are instead in a race for the highest classified finish.

Until Monaco, it was Marussia leading the non-points race, thanks to the fourteenth place recorded by Timo Glock in Australia.

The German driver did it again in Monaco, but it was Caterham who burst back into lucrative tenth place in the world championship thanks to Heikki Kovalainen's thirteenth-place finish.

At the end of the season, tenth place is the cut-off for 'column 1' teams under the Concorde Agreement, an achievement that last year was reportedly worth almost $30 million to Caterham.

"Simply great. It was the best feeling I've had in these three years in formula one," Fernandes told the Finnish newspaper.

In contrast, Button was unimpressed, joking that he was relieved when he crashed because the "pain" of battling a defiant backmarker was over.

"There has to be a balance when you're fighting for twelfth place and I don't think he had it right, but there you go, that's racing," he said.

FIA to act on floor controversy before Canada
(GMM) F1's governing body has vowed to act on the controversy about the floor of Red Bull's 2012 car.

They were apparently persuaded to wait until Monday, when the issue would be discussed at the sport's high profile meeting in the Principality.

After that, it has emerged that the FIA has vowed to issue a clarification about the regulations relating to 'holes' in the floor of cars before the forthcoming Canadian grand prix.

"All I can say is that we need a clarification on this point," Ferrari team boss Stefano Domenicali is quoted as saying.

Also according to Italy's Autosprint, McLaren's Martin Whitmarsh added: "It is not for me to adjudge the legality of a competitor's car, it is for the FIA.

"But I think we will get that (clarification) before the next race."

Monaco 'a fresh start' for struggling Massa
(GMM) Felipe Massa moved to rescue his crumbling career with a strong performance in Monaco.

Already on notice even before the 2012 opener began, the struggling Brazilian has had a nightmare start to this year's campaign, triggering rumors Monaco was his very last chance to shine.

He then qualified within a tenth of his on-form teammate Fernando Alonso in the Principality, and in the race finished in the 'train' within sight of winner Mark Webber.

"I am particularly happy for Felipe, who needed a positive result," he added. "I'm sure this weekend really represents a fresh start to the season for him."

Mercedes to provide Schuey with better car
Mercedes promised to provide Michael Schumacher with a more reliable car after the German’s hopes of a return to the Monaco glories of his heyday ended in disappointment on Sunday.

The seven-time world champion had his sights set on a podium finish for the first time since 2006, after what would have been pole position was translated into a sixth place start due to a previous penalty. Instead, Schumacher lost places at the start due to a collision with the Lotus of Romain Grosjean, and his race ended in retirement 15 laps from the finish due to a fuel pressure problem.

“We tried to continue but it was costing him too much time, dropped him out of the points and forced us to retire the car," said team principal Ross Brawn.

“It was very disappointing because he put in a great performance this weekend and he was still on course to score useful points. We need to make sure we eliminate the problems for him, starting in Canada." Schumacher said he was looking forward to that.

“I had secretly been hoping for a podium finish today. I will take the boost from the high points of this weekend with me to Canada. The track should suit us and I’m hoping to have a normal, clean race," he declared.

Schumacher’s German team-mate Nico Rosberg, who grew up in Monaco and still lives there, finished second behind winner Mark Webber in the Red Bull.