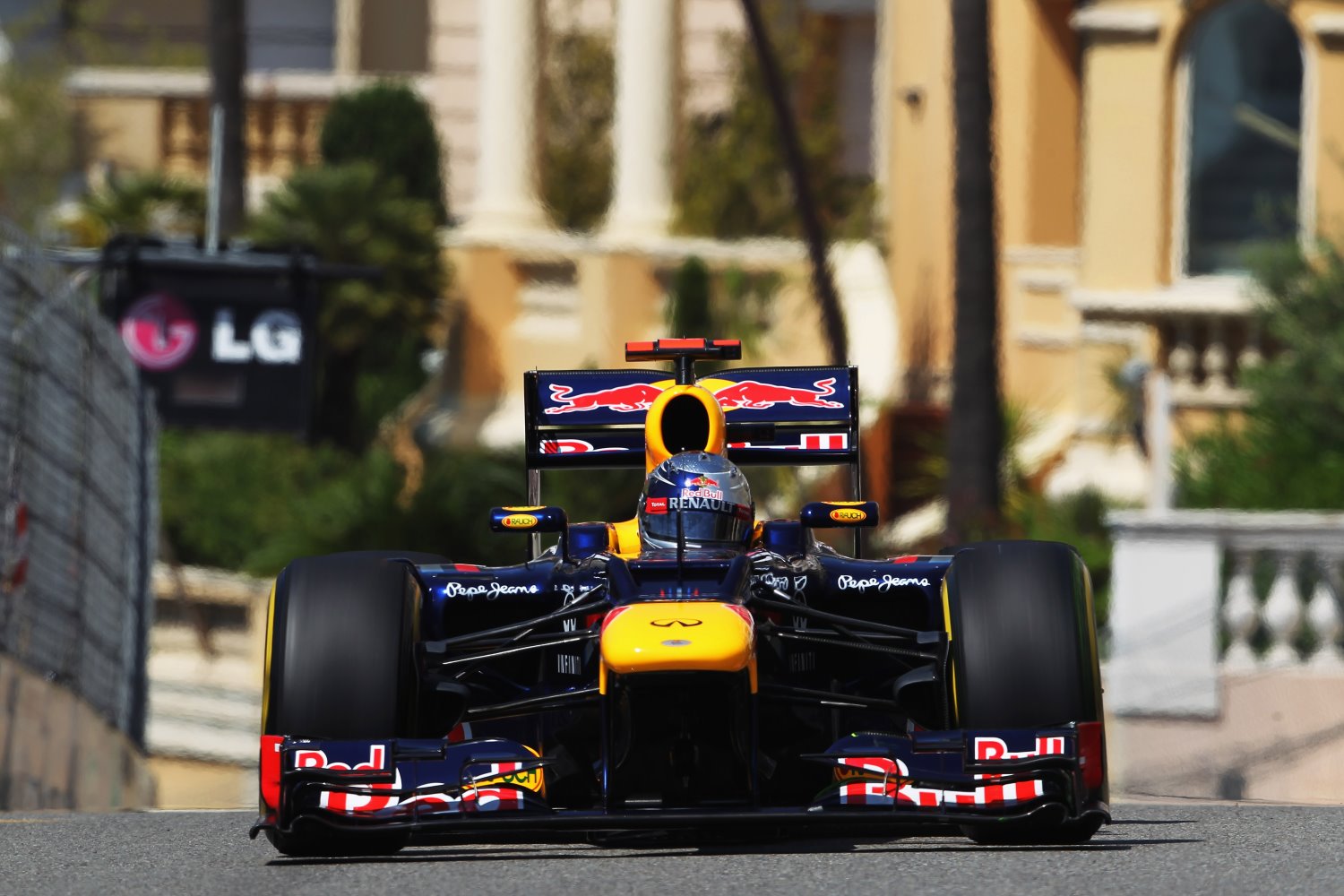 No protest but Red Bull floor still on F1 radar
(GMM) Talk of a post-race protest faded in the Monaco rain late on Sunday, as Mark Webber's race win was formalized by the governing FIA.

It had been reported that Red Bull's top rivals Ferrari, McLaren and Mercedes were unhappy with a hole or slot in the floor just ahead of the rear wheels of Adrian Newey's RB8.

Webber won the race and Red Bull soared to a 38 point lead in the constructors' championship in Monaco, amid a flurry of rumors that a protest was on.

"It's not new in F1 to see teams complaining when we have a competitive car," insisted the team's Christian Horner.

But Whitmarsh grinned that the trio had simply enjoyed a post-race "walk".

Rumors then filled the Principality's paddock that it was Ferrari that would lodge the protest.

"Why always us?" Stefano Domenicali complained when faced with the speculation, according to Germany's Auto Motor und Sport.

It is believed a compromise solution was reached when it was agreed the issue would be discussed during the sport's high profile meeting in Monaco on Monday.

"The issue must be resolved soon," Whitmarsh is quoted as saying.

Drivers warn McLaren to fix backwards slide
(GMM) Lewis Hamilton and Jenson Button winced late on Sunday whilst maintaining the 'win together, lose together' mantra after yet another bad weekend for McLaren.

"We still came away with some points but we need to react fast," British newspapers quoted Hamilton as saying after getting a bad start and finishing in the train behind winner Mark Webber.

"The team have definitely got some work to do because we are falling behind race by race," he said.

The 2008 world champion has been much happier than in his calamitous campaign last year, but he is at risk of growing frustrated that he has not been among F1's record six different winners so far in 2012.

"I just don't understand why the two guys next to me and the guy behind me got perfect starts. I don't know what my team was up to there.

"And I don't know how long my pitstop was but I lost quite a lot of time," said Hamilton.

He also complained publicly about not being told on the radio to push a bit harder to keep Sebastian Vettel behind him in the round of pitstops.

"You should have kept me updated," he moaned into the radio.

Hamilton then told reporters: "I didn't have the information to say 'Sebastian is going to get you'. I could easily have pushed."

"We haven't had a grand prix weekend where something hasn't gone wrong," he sighed.

Faring even worse in qualifying, the races and subsequently in the championship recently has been teammate Jenson Button, who has gone backwards since winning the Melbourne season opener.

"It's my leanest period since the old Honda days, but s**t happens," he said late on Sunday.

Button's race ended when he crashed in frustration with Caterham's Heikki Kovalainen.

"We were so far behind getting points that I couldn't wait for the race to be over. At least I didn't have to do the last eight laps.

"That's one way of looking at it so I didn't need to feel pain for even longer," said the 2009 world champion.

Instead, the Japanese 35-year-old, the former Jordan, Honda and Super Aguri driver until 2008, crashed into the wall after an audacious last-lap attempt to pass Dario Franchitti, who went on to win under yellow flags.

The Indianapolis Star's Bob Kravitz said the move was "brave; it was stupid. It was courageous; it was irresponsible.

"If it had worked … it would have become the stuff of legend".

Jean Alesi, with his heavily underpowered Lotus engine, was disqualified for running slower than the allowed 105 per cent.

The seven time world champion's pole celebrations in Monaco became just sixth on the grid due to the Barcelona grid penalty, and he had to retire from the race with a fuel pressure problem.

Indeed, he still has just 2 points in the bag after displaying solid performance so far in 2012 after six races.

Teammate Nico Rosberg, meanwhile, is right in the hunt, just 17 points off the championship lead with his tally of 59 points and another podium on Sunday.

So, with almost a third of the season now gone and Schumacher so far behind, what will Mercedes do if Schumacher is ahead of Rosberg in the points in the near future?

"We will cross that bridge when we come to it," Norbert Haug is quoted by Auto Motor und Sport.

"I don't think we would give any orders. But I also think that our drivers know what to do."

Ferrari's Stefano Domenicali was also asked about team orders on Sunday, including why the team didn't time one of Felipe Massa's pitstops in order to boost Fernando Alonso's victory chances by delaying his rivals behind the Brazilian.

"If we had done that," the Italian argued, "we could have ruined Felipe's race and he has been strong all weekend.

"The most important thing for him now is to build his confidence back up."

Lotus remains race favorite for Canada – Alguersuari
(GMM) Yet another weekend has passed in which the pre-race favorite, Lotus, failed to deliver.

But Jaime Alguersuari thinks the Enstone based team remains poised to shine in the very near future.

"From my point of view, I still believe that they have the most competitive package, both mechanically and aerodynamically," said the former Toro Rosso driver.

"They have great traction and very little degradation of the rear tires. It is unfortunate that here they were not able to get the most from it but you will see again in Canada they will again be the favorites," the Spaniard told the AS sports daily in Monaco.

Red Bull became the sport's only multiple-race winner of the 2012 season so far with Mark Webber's Monaco breakthrough.

But team manager Jonathan Wheatley used the word "lottery" to explain how races are being won and lost.

"On Thursday we thought ninth or tenth would be our maximum," he is quoted by Der Spiegel.

"Lotus with Romain Grosjean looked over a second quicker than the rest."

Flavio Briatore said teams will be needing to take a 'long game' approach to the championship, with championship leader Fernando Alonso the favorite in his view.

"If the lottery continues, it will be best to cope with it by having the most tickets in your pocket," the former Renault team boss told La Gazzetta dello Sport.

Force India skipped Bahrain practice for publicity – Ecclestone
(GMM) There was an element of publicity in Force India's decision to sit out a practice session in Bahrain last month, Bernie Ecclestone has charged.

The F1 chief executive had already denied the Silverstone based team was deliberately ignored by F1's television cameras in qualifying, a day after Force India skipped practice due to security fears.

"The protesters weren't there to attack anybody," Ecclestone told F1 business journalist Christian Sylt over lunch in London recently.

"They were going to use the event to demonstrate and get their word out."

He revealed that, when Force India expressed fears about travelling in Bahrain at night, he offered to accompany the team members without security personnel.

"We will drop you and I will come back alone in the car again with no escort," Ecclestone said, recalling his conversation with the Silverstone based team.

In contrast, he said he "wouldn't have wanted to go into those streets when we had the problems in London" last year.

"Force India wanted people to write about them," the 81-year-old charged.