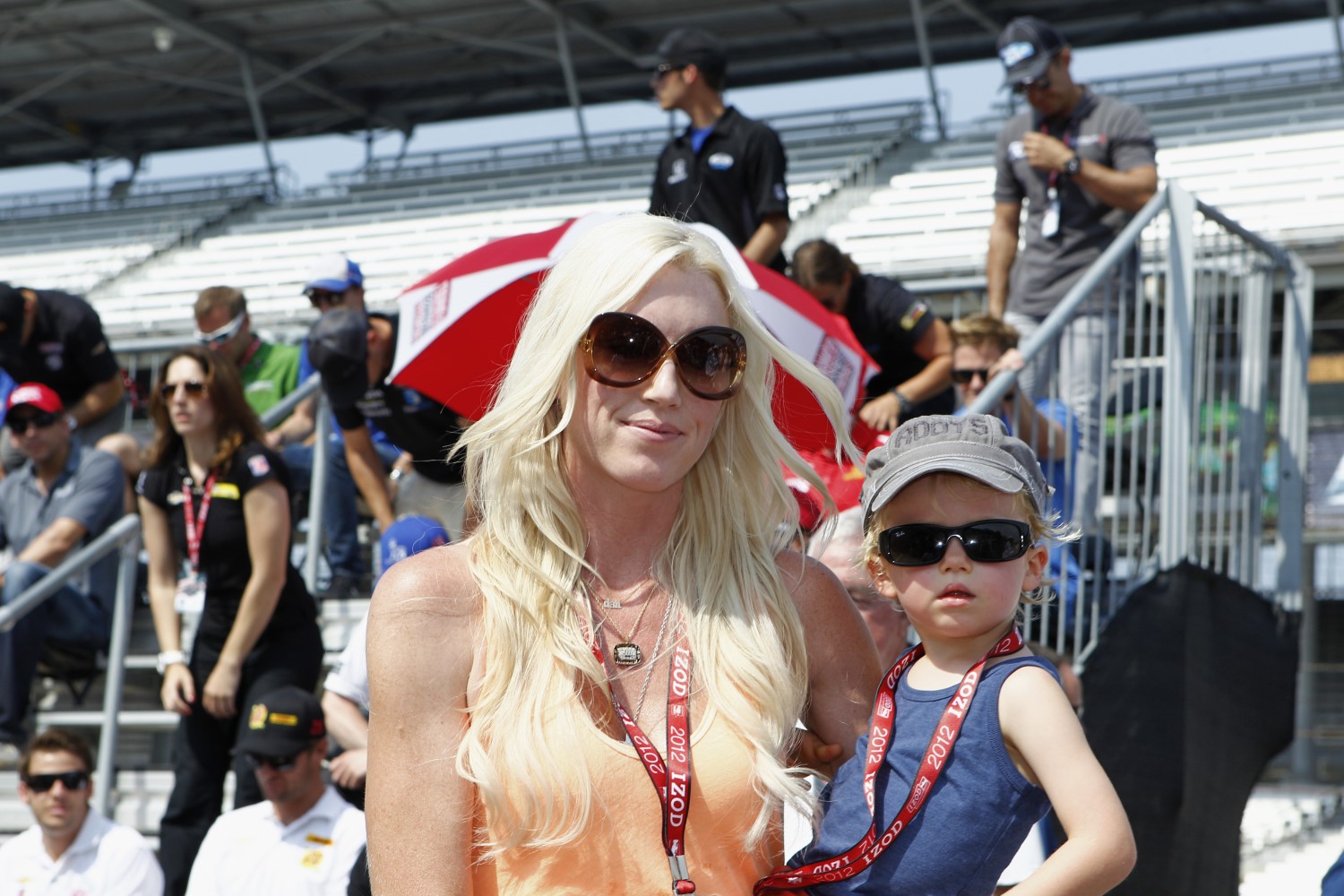 A large contingent of race fans came to the Indianapolis Motor Speedway on a steamy Saturday morning to attend the Public Drivers' Meeting as all of the 33 starters participating in the 2012 Indianapolis 500 received their final instructions.

Susie Wheldon and team owner Bryan Herta received a lengthy standing ovation from the crowd when they were presented with the "Baby Borg" trophy for 2011 winner Dan Wheldon by James Verrier, vice president of BorgWarner. Susie Wheldon also received a check for $130,000 on behalf of her late husband.

The Baby Borg is a miniature replica of the famed Borg-Warner Trophy, which bears the bas-relief likeness, name and average speed of every Indianapolis 500 winner.

Louis Meyer began the tradition of drinking milk in victory lane in 1936 when he drank buttermilk after his victory.

Beaux Barfield, president of competition for INDYCAR, concluded the meeting with final instructions to the drivers. Two major changes of note for this year's race are restarts will now be single file, and in the last 20 laps, lapped cars will be moved to the back of the field.

Coverage of the 96th running of the Indianapolis 500 will begin at 11 a.m. (ET) Sunday on ABC and the IMS Radio Network. The race starts at noon.