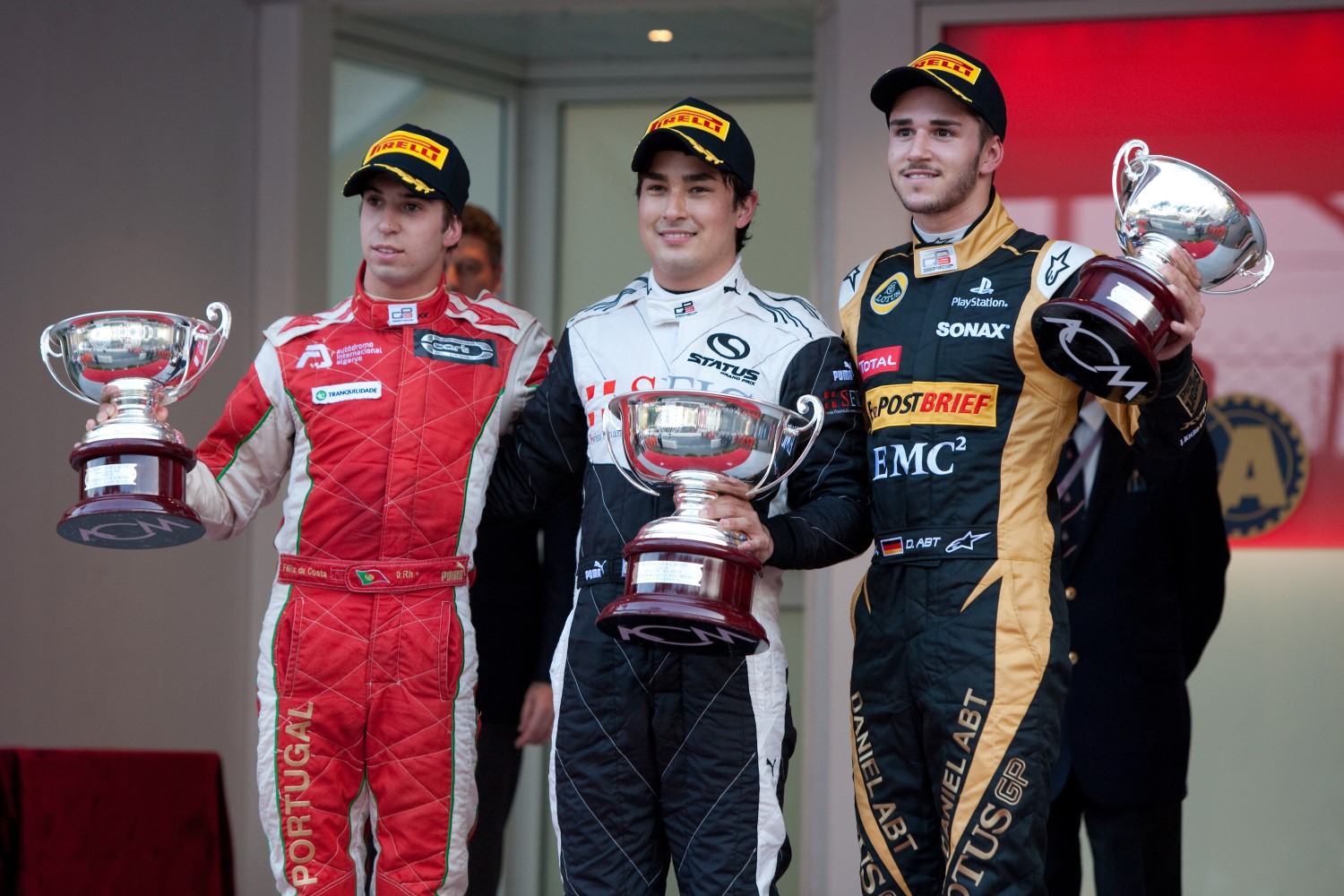 As Suranovich and Daly exited the tunnel towards the end of the event, contact was made after Suranovich failed to comply with a black and orange signal flag signal after he had lost his rear wing. Daly's Lotus became airborne after hitting the back of Suranovich and the accident put the American out of the race. Suranovich finished the race P11. However after the race, the Marussia Manor Racing driver was excluded from the Race classification.

Reverse Pole man Marlon Stockinger celebrated his first win of his GP3 career after producing a lights to flag victory on the famous street circuit in Monaco in a memorable race!

The start was dramatic with a spectacular incident at the exit of Sainte Devote after Alex Brundle tapped the back of his Carlin teammate William Buller which sent Buller’s car into the air and landed upside down. The safety car was immediately deployed and luckily Buller was able to climb out of the car unscathed after a nasty looking shunt. The accident also ruled Brundle out of the race.

Stockinger defended his lead at the start with Daniel Abt trying to sneak past Antonio Felix Da Costa but the Lotus GP driver had to hold station. After two laps, the safety car came back in and the race was restarted. The remaining Carlin car of Felix Da Costa set sights on P1, chasing Stockinger and desperately was looking for a way past. The Portuguese star started applying the pressure on the Filipino and stayed within half a second of the Status Grand Prix car during the race, eager to make a move.

Abt in P3 was a few seconds back from the two dicing for the win, ahead of Mitch Evans, David Fumanelli, Kevin Ceccon, Aaro Vainio and Tio Ellinas. There was to be more action further down the field in the second half of the race after Lotus GP’s Conor Daly caught the back of Dmitry Suranovich at the hairpin and the Russian driver lost his rear wing. As Suranovich continued on, struggling to keep control, Daly made contact with the rear of the Marussia Manor Racing car as they came out of the tunnel and became airborne, hitting the side fence at the side of the circuit. It was a shocking accident but the American was able to get out of his car and walk away unharmed.

It was the second time the safety car was deployed and after a few laps, the decision was made to stop the race for safety reasons as the fence was damaged. Therefore, Stockinger recorded his debut victory in GP3, as the result was declared after 14 laps. Felix Da Costa took second with Abt achieving his first podium in the Series. Evans, Fumanelli, Ceccon, Vainio and Ellinas rounded out the top eight. This result makes it four different winners from four races in 2012.

Vaino heads the standings after Round 2 on 54 points ahead of Evans on 43 and Stockinger on 39.

Round 3 takes place in Valencia on the 22-24 June with a GP3 test planned the week before.