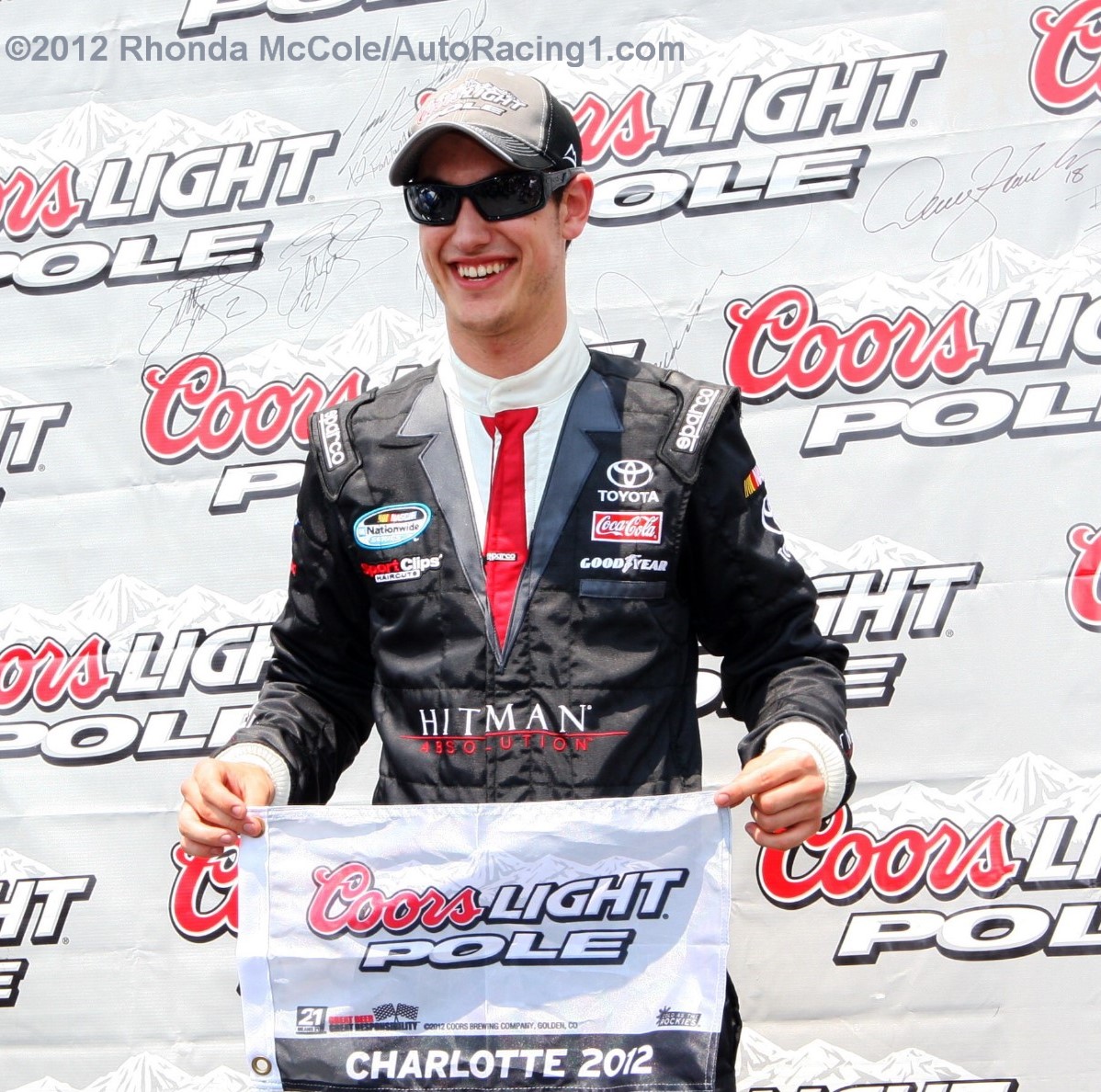 Joey Logano captured his third NASCAR Nationwide Series pole of the season in Saturday's qualifying session for the History 300 at Charlotte Motor Speedway. He will lead the field to the green flag looking for his third straight Nationwide Series victory.

Logano turned in a lap of 179.063 mph in the no. 20 Toyota Camry to take the top spot – the 19th Nationwide pole of his career and his career-best Charlotte Motor Speedway start. His best finish has been a third-place showing at this same race back in 2010.

Rookie Austin Dillon will start second with a top qualifying effort of 178.968 mph in the no. 3 Chevrolet while Danica Patrick will start third in her second-best starting spot of the season. Ricky Stenhouse, Jr. and Sam Hornish, Jr. rounded out the top five.

Travis Pastrana looped his Toyota during his qualifying run but managed to keep the car off the wall and will start dead last in the 43-car field.
Pete McCole/AR1.com