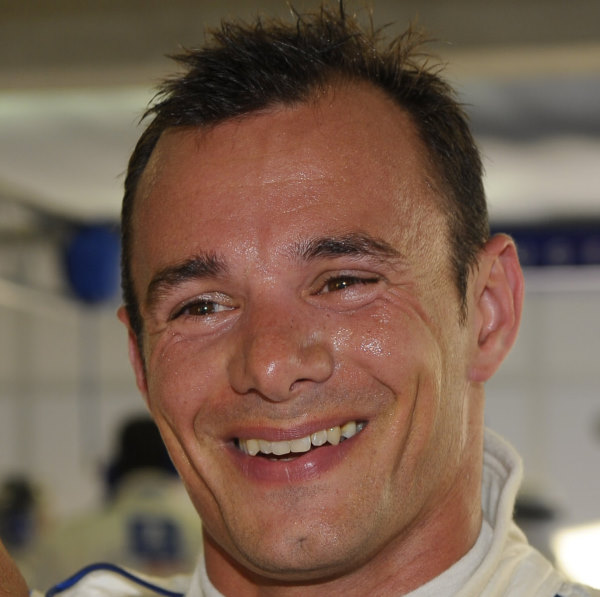 TOYOTA Racing can confirm that Stephane Sarrazin will drive its #8 TS030 HYBRID at the Le Mans 24 Hours.

The Frenchman, 36, replaces Hiroaki Ishiura, who withdrew from the race earlier this month due to a back complaint. He completes the driver line-up for the #8 car which already includes Anthony Davidson and Sebastien Buemi.

TOYOTA Racing completed its evaluation of Stephane in testing this week at Paul Ricard and, as expected from a very experienced endurance driver, he showed the speed, consistency and team work required.

Stephane, who has finished on the podium three times at Le Mans, is returning to TOYOTA Motorsport GmbH (TMG) after 10 years, following his spell as Formula 1 test driver in 2002.

Yoshiaki Kinoshita, Team President: “We are very pleased to recruit a driver of Stephane’s quality and experience to TOYOTA Racing. He has a great knowledge of Le Mans and a proven track record, including two second-place finishes, so we are confident he will be a strong addition to our driver line-up. Several team members remember Stephane very well from his previous time at TMG and we are all looking forward to working with him again."

Stephane Sarrazin: “I am really happy and proud to get this chance to participate at Le Mans for TOYOTA Racing. I have good memories of working with TMG; they work very hard and it is a real pleasure to be back. It has been quite intense this week to become familiar with the team and the car, but I have received great support and I feel we have made good progress. It is a steep learning curve with a completely new technology and we will no doubt learn a lot this season. It’s a new and exciting challenge for me."

Stephane drove the TS030 HYBRID for the first time this week at Paul Ricard, joining his new team-mates in the #8 car, as well as the #7 line-up of Alex Wurz, Nicolas Lapierre and Kazuki Nakajima.

The four-day session began on Tuesday with an evaluation of performance items and set-ups before the team’s third successful endurance test with the TS030 HYBRID.

Pascal Vasselon, Technical Director: “This test marked the end of our pre-Le Mans program so our next chance to drive the TS030 HYBRID will be at La Sarthe itself next month. Clearly, due to the accident we had in April, our preparations have not been ideal but the time for regrets is over. We have made the best of the situation we faced. Le Mans is undoubtedly a great challenge for TOYOTA Racing in its first year but we can be satisfied with our preparations and we are certainly looking forward to the task ahead."

TOYOTA Racing’s next appearance comes at the Circuit de la Sarthe on 3 June for the one-day test to prepare for the Le Mans 24 Hours.

For driver comments from this week’s test, please visit www.toyotahybridracing.com.