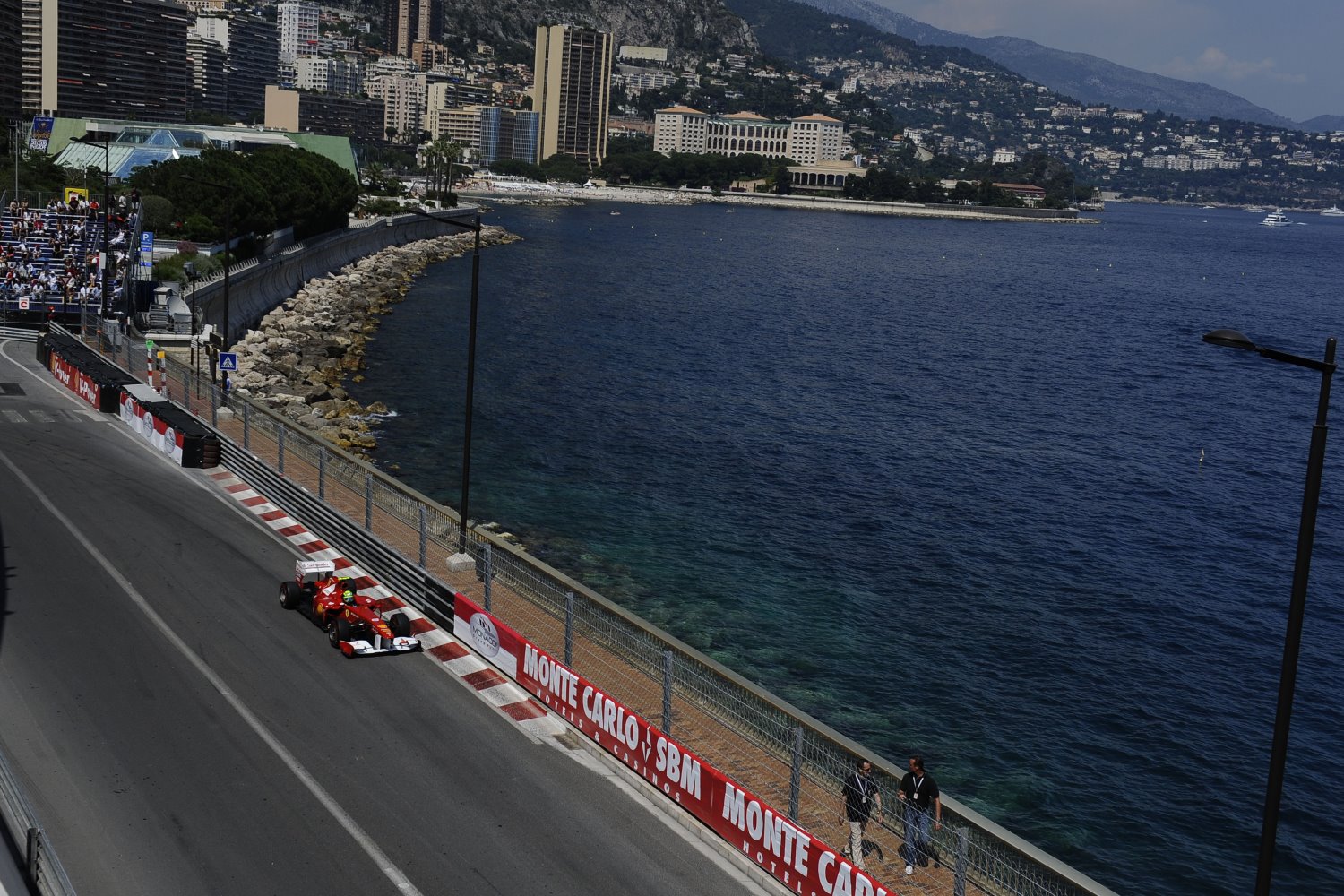 Fernando Alonso topped the first practice for the Monaco Grand Prix in his Ferrari. Alonso set the pace in a shortened first practice session after a spectacular engine blow-out for Heikki Kovalainen in the tunnel ended the session early.

With nine minutes to go, the session as red flagged as Heikki Kovalainen's Caterham engine blew in the tunnel. And with so much smoke – there was a lot! – the session had to be stopped no one could see anything.

Alonso ended the opening 90-minute session more than 0.3s faster than the Lotus of Romain Grosjean.

Sauber driver Sergio Perez was an impressive third fastest for Sauber ahead of McLaren's Lewis Hamilton.

Kimi Raikkonen completed just a single installation lap before deciding the Monaco-specific steering wasn't to his liking and decided to have it changed, wiping out the rest of his session.