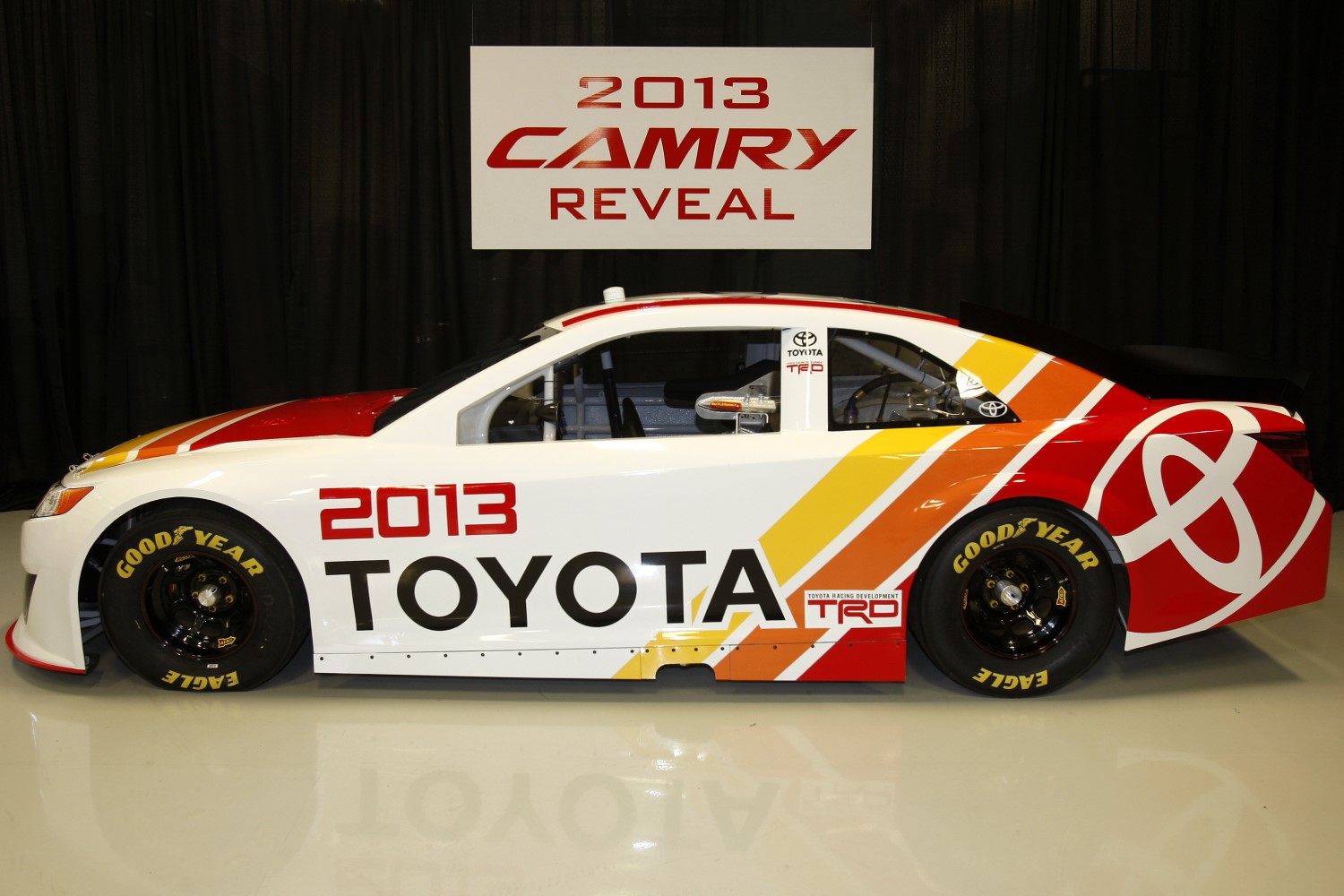 Toyota has formally introduced the new 2013 Toyota Camry that will compete in the NASCAR Sprint Cup Series next season.

The introduction of the new 2013 Camry for NASCAR competition marked the culmination of an aggressive redesign to provide the 2013 Camry with an updated and more-unique identity.

“We’re thrilled to finally unveil our new 2013 Camry and we think NASCAR fans will really appreciate that our new on-track Camry looks like the one in their driveways," said Ed Laukes, Toyota Motor sales vice president of marketing communications and motorsports. “Our 2013 Camry looks more like the production vehicle than ever before, and we hope this helps revitalize the long- standing relationship between fans and manufacturers in NASCAR. Never before have we had a Camry competing in NASCAR that looked so similar to its production counterpart."

A new front grill-area that matches the production model, distinct character lines down the side of the vehicle and an updated rear bumper make the redesigned 2013 Camry stock car more relevant than ever before to its showroom sibling.

“We’re extremely proud of the new Camry and the development of the car was truly a unique process," said Lee White, president and general manager of TRD. “NASCAR and all four manufacturers were brought together to guide the direction of the new cars. We all worked together to put the ‘S’ back in NASCAR. We all wanted race cars that look more like our stock, production models, and together we accomplished that. Our new Camry for 2013 is a great looking race car. Everyone at Toyota is eager to have our drivers in a race car that more resembles the street Camry."

In an effort to create more distinct and stock vehicles for the race track, NASCAR worked together with the four series manufacturers to determine what areas were either ‘locked in’ or ‘open’ for unique design. NASCAR also allowed for the exchange of glass for solid body pieces.

“When everyone at Toyota first saw the design of the 2013 Camry, the first reaction was, ‘They’re actually going to let you race a car that looks like that?’," said Andy Graves, TRD’s vice president of chassis engineering. “That just demonstrates how excited everyone was about the new design of the Camry stock car."