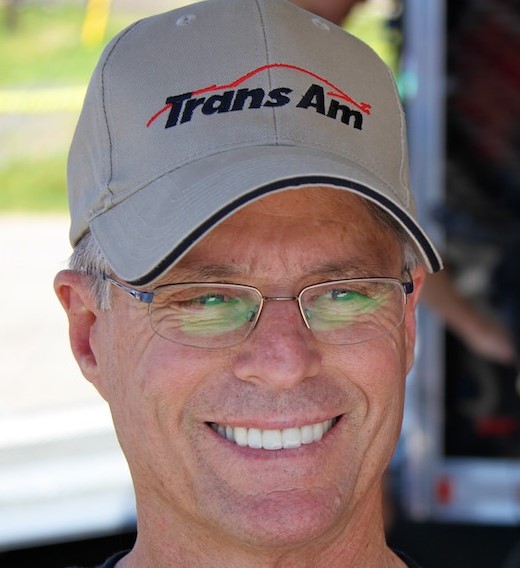 Canadian racing fans got a taste of true ground pounding thunder this weekend as America's Road Racing Series, Trans Am, set the fastest times of the Victoria Day Speedfest Weekend. When the dust had settled, it was the 800HP Trans Am cars that rocked the house.

In the Trans Am class, it was three Corvettes that jumped out early. Defending Champion Tony Ave in the number 4 Lamers Racing Corvette took the lead. Teammate Don Petersen in the number 87 3Dimensional.com Corvette was second and last year's Road Atlanta winner, Amy Ruman had her new number 23 McNichols Corvette, in hot pursuit running third.

On lap 13 Blaise Csida in the 07 Gateway Racing Corvette got around Ruman to take over third position. Just one lap later, Peterson took over the lead as Ave suffered a flat on his Corvette's left rear. Tony managed to slowly nurse the car back to the pits.

Meanwhile on lap 15, Csida came into the pits with mechanical problems of his own. By lap 18, the running order was Peterson, Simon Gregg in the 59 Gregg Motorsports Corvette and Ian Patterson driving his beautifully turned out number 74 Canadian Heros Corvette.

Problems continued to plague Tony Ave. After his pit stop to replace the tire, he pulled the car off course in turn 6.

By lap 23, Patterson had gotten around Gregg to take over second while both drivers continued their pursuit of Peterson. And in a surprise performance, Trans Am rookie, Andrew Romocki had now moved his number 29 Gateway Racing Mustang into 4th. David "DJ" Jans in the number 70 World Information Systems Mustang rounded out the top five.

On lap 32 a double yellow was thrown due to an off course issue. Ultimately, it was established that a large non-race related fire inside the course require outside access to the track. The checkered flag was thrown on lap 34 giving Peterson his first Trans Am win.

"When Tony's tire finally went down," said Peterson after the race. "I saw him go in deep into three… smoke.. and I thought gosh, there must be something wrong.. He obviously had a problem and I just drove on by then kept looking in my mirror to see who was following me. It's unfortunate for Tony, but I'm going to take the W."

On lap 3, the 65 Wheels America Racing Camaro of Tom Sheehan got side-by-side with the 11 car of Mike Miller, the two bumped doors leaving Miller sliding driver's left and into the tire wall. Sheehan spun and stalled. Miller was uninjured but the car was done for the day. Sheehan made an effort to continue, but retired later in the race with a broken drive shaft.

This was Halmser's first race marking his return to Trans Am and his first race and first win in the Trans Am 2 class.

"We're really pleased," said Halsmer. "This is the first race for both of these cars and Mike Miller's racing operation."

It (the win) was really just a matter who managed their tires the best," added Pete. "I could see his (Stretch} tires were going off quicker than mine. I think that was always one of my strengths in Trans Am in the past."

Trans Am returns to American soil to celebrate Memorial Day in the most traditional of ways – at Lime Rock Park. In a new twist the race will be held Saturday, May 26.

Cliff Ebben was release from the hospital earlier today after surgery to repair an injury to his elbow. Cliff spoke with Series officials and indicated he was doing fine and looking forward to getting home to Wisconsin. The Trans Am family wishes him well and looks forward to his return later this season.