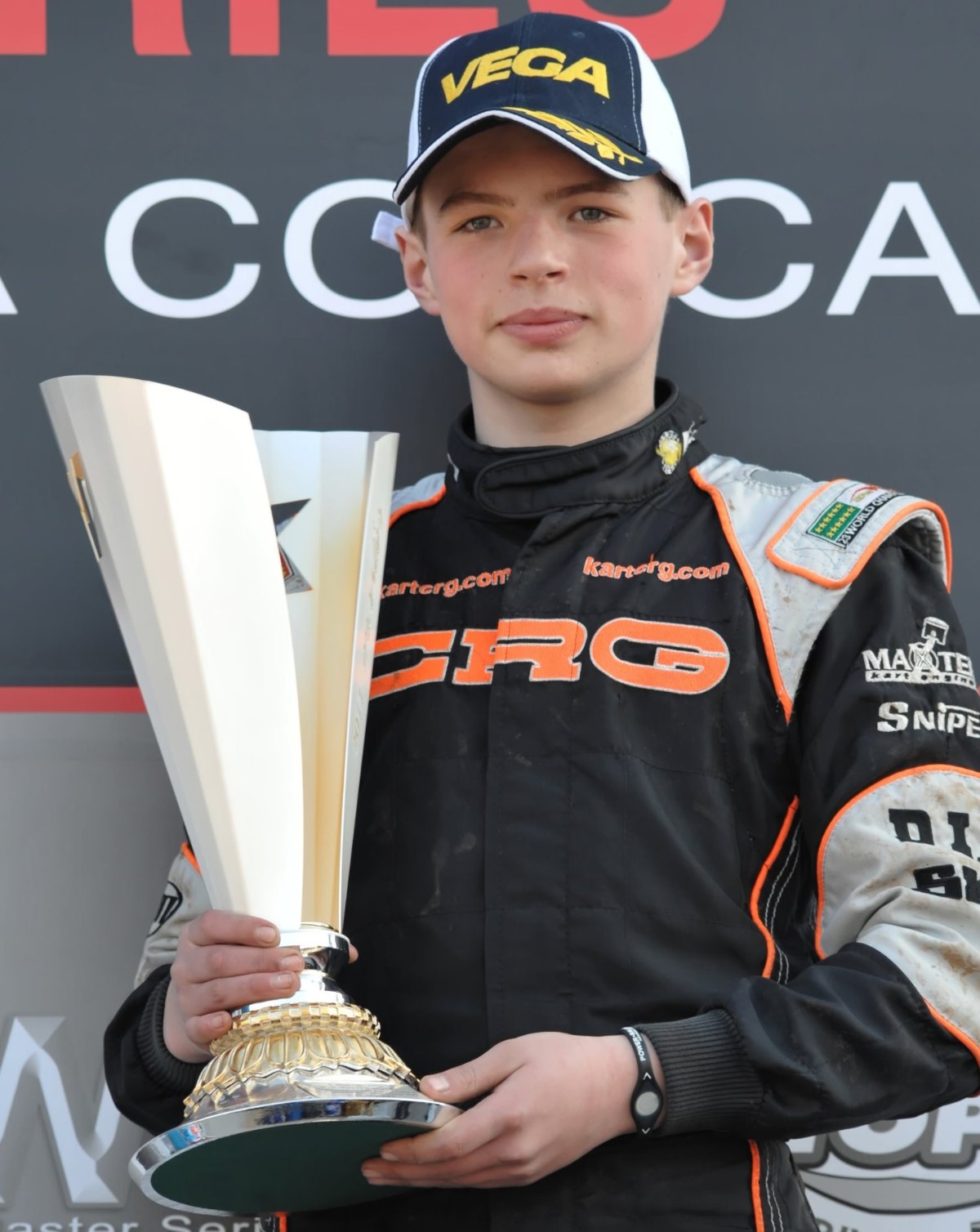 F1 teams slow development in topsy-turvy 2012
(GMM) As F1's topsy-turvy 2012 season continues, it may be the driver with the simplest and least-developed car that prevails.

That is the claim of the German magazine Auto Motor und Sport.

Bizarrely for the world of formula one, racing ahead with normal car development might now be a case of taking backwards steps, as teams endeavor to solve the mysteries of the new Pirelli tire.

The German newspaper Bild am Sonntag agreed: "(Sebastian) Vettel's bosses have decided there will be no new parts until the old ones are understood."

In contrast, Auto Motor und Sport said the Lotus and the Williams are both "unremarkable" cars, but "all-rounders".

"They are easy to drive and easy to set up," the report added.

Analysis – is topsy-turvy 2012 good for F1?
(GMM) After five different teams won the opening five races of 2012, a debate has exploded: is it good for formula one?

"Take a pack of playing cards, throw them up in the air and make a note of those that land on top," wrote Paul Weaver in Britain's The Guardian newspaper.

Triple world champion Niki Lauda, an almost permanent presence on the F1 scene since the 70s, agrees that despite initially enjoying this season's unpredictability, the chaos is now becoming all too predictable.

"Last year, when Sebastian Vettel won everything, it was almost boring," he said on Austrian Servus TV. "Now it is so confusing that you almost can't follow it.

"Until now it's been good but I hope it's now the turning point for more logical races," said Lauda.

"If it goes on like this, we will all be completely confused by the end."

"Can I explain how (Pastor) Maldonado was eight tenths better (in Spain)? Not over a lap, but in one sector!" he exclaimed rhetorically.

2012 has been likened to 1983, when five different cars and drivers won the opening five races.

But writing in O Estado de S.Paulo newspaper, Brazilian correspondent Livio Oricchio reminded that, 29 years ago, there were three competing tire manufacturers, and turbo engines competing with normally aspirated ones.

Now, it's all about Pirelli, but HRT driver Pedro de la Rosa admitted he is enjoying it.

"It is impossible to predict what is going to happen so for me the championship is the best that I have experienced," said the Spanish veteran, according to EFE news agency.

Bernie Ecclestone announced recently that, with a French race having been absent from F1 since 2008, Paul Ricard could – starting from 2013 – share an annually rotating date with Belgium's Spa Francorchamps.

But then the French government changed.

The new sports minister is Valerie Fourneyron, who told RMC: "There was a remarkable acceleration in this issue recently.

"There have been no grands prix since 2008, and we have no opposition to there being a grand prix.

"But we need to know how much the state will have to take any shortfall on the financial side. And regarding Le Castellet (Paul Ricard), there are major accessibility problems.

"There is no guarantee of seeing a grand prix de France next year but there is no objection," she added.

We reported a few years ago that the 1998 and 1999 world champion's first son Hugo – who was born a year before Hakkinen retired in 2001 – had begun a competitive karting career.

In a joint interview with Nico Rosberg, the now 43-year-old Finn Hakkinen told Bild am Sonntag newspaper: "It's all about how the parents have educated their children."

He and Rosberg, the son of 1982 world champion Keke, had been asked about sons of famous drivers racing through the junior ranks with plenty of money in tow.

"If the money is important then the parents are to blame," Hakkinen said. "But parents can also make you hungry for success.

"I see that now with my son Hugo and what a hunger he has. He will drive 21 races in the Italian karting championship this year," said the former McLaren driver.

German Rosberg, meanwhile – who finally broke through with his first grand prix win for Mercedes this season – recalled his own formative racing career, when Hakkinen was one of his very first sponsors.

"How much money was it (the sponsorship) for?" Rosberg enquired of Hakkinen.

Hakkinen answered: "I think it was a set of tires. So are you going to sponsor my son now?"

Fascinatingly, Rosberg now shares the Mercedes team with Michael Schumacher, who was Hakkinen's greatest challenger more than a decade ago.

"I had to push so hard to keep up," Hakkinen recalled. "Nico, you have done incredibly, because you've beaten him. Now you have to keep your feet on the ground.

"Even one win is not anything, if you are then ranked seventh at the end of the championship."

Bernie Ecclestone recently confirmed speculation that a deal has been reached so that the sport's Spanish hosts, whose country is struggling amid an economic crisis, will host their respective races only once every two years.

That deal was set to begin with Barcelona's race next year, but the Circuit de Catalunya organizers said there remained some doubt, and the city authorities even pledged EUR 5 million to help the track keep its annual race date.

Valencia, however, says it remains ready to alternate.

According to Europa Press, a spokesman for the Generalitat Valenciana confirmed there has been "no modification" to the new alternating deal, which has been reached in the form of a "verbal agreement".

"There is no modification, despite some statements we have heard," he insisted.

Lotus relations turned sour – Petrov
(GMM) Vitaly Petrov has revealed he lost his seat at the Renault team, which is now known as Lotus, following disagreements with key team members.

For 2012, the Russian has had to switch to Caterham, a F1 backmarker.

In the meantime, with an all-new driver lineup comprising former world champion Kimi Raikkonen alongside Romain Grosjean, Lotus has stepped up a gear and is now among the sport's most highly competitive teams.

"What happened last year was a shame, but at the end of the season relations with some people soured and they were against me," Petrov is quoted by the Russian website f1news.ru.

Now he's at Caterham, paired with Heikki Kovalainen, who is widely regarded as the Tony Fernandes-led team's main driver.

"At Renault it didn't work," Petrov explained. "I was ahead of my teammates, but asked to leave anyway.

"But this was an exception, as in all situations you must always strive to be ahead of your teammate."

The Russian insists Kovalainen is not treated preferentially.

"Of course things sometimes appear that way, but when I saw the situation from the inside, I realized that everything is open.

"Here's an example: in Malaysia we had one new engine cover, they called Heikki and I together, and tossed a coin! From that day I had not a single doubt."

As for his chances this weekend in Monaco, Petrov insisted: "There is a good chance to be in a good position.

"But if we score points then it will not be because we are fast but because of something else like a better strategy," he admitted.

That is the claim of the financial news agency Bloomberg, despite earlier speculation the Singapore listing might be delayed due to market volatility.

Bloomberg journalist Joyce Koh reported in Singapore on Monday that the city-state's stock exchange "approved" F1's plan to raise "as much as $3 billion in an initial public offering".

The report said the information was based on the knowledge of three people close to the matter, who were not named.

Pirelli reveals tire choices up to Silverstone
Italian tire manufacturer Pirelli has revealed its compound choices for the next three Grand Prix weekends, with the Formula 1 paddock visiting Montreal, Valencia and Silverstone in the upcoming phase of the 20-race 2012 calendar.

In Montreal, the Super Soft and Soft compounds will mirror what is going to be used around the streets of Monte Carlo, with both circuits low on natural grip. For the sport's trip to Valencia, a return to the Soft and Medium tires is on the cards, the selection which was used in Australia, China and Bahrain earlier this season.

For the British Grand Prix at Silverstone in early July, there will be a step between the tire compounds, as witnessed at the Circuit de Catalunya. Therefore, the Soft and Hard rubber will be available to the teams for the duration of the race weekend.

Mercedes: Di Resta on our radar
Mercedes have confirmed they are keeping tabs on Paul di Resta amid mounting speculation that the Scot is being lined up to replace Michael Schumacher.

Although the Force India driver has been recently linked with Ferrari as a replacement for the faltering Felipe Massa, Di Resta has a longstanding association with Mercedes and appears to be at the front of the queue if, as is widely expected, Schumacher retires – for a second time – from F1 at the end of the season.

"Of course Paul's on our radar," Nick Fry, Mercedes' Chief Executive Officer confirmed to Sky Sports News. "He's done a fantastic job, he's a nice guy, he's great team player and he would be one of the drivers undoubtedly that, if Michael were to decide he didn't want to continue, we would look at. But we haven't reached that time yet in our thinking but we have all got a lot of admiration for Paul."

Having triumphed in the DTM series with Mercedes after graduating through their young driver development program, a promotion to a full race seat with the group's F1 outfit would be the logical next step for Di Resta to take after an impressive start to the current campaign. Were his choice to boil down to either Mercedes or Ferrari, the latter's legendary status in the sport would surely be trumped by Mercedes' ability to offer Di Resta the sort of equality that he wouldn't receive from a team dominated by Fernando Alonso.
Fry's willingness to go public with the team's interest would certainly suggest that he would enter any negotiations with the team in a relatively strong bargaining position.

Conversely, Schumacher's position seems to be weakening by the week. The veteran has scored just two points this term compared to Nico Rosberg's haul of 41 and will start off this weekend's race in Monaco handicapped by a five-place grid demotion. While careful not to write off the seven-times World Champion, Fry's assessment of Schumacher's current predicament was notably lukewarm.

"I am sure if we get to the end of this year and it is continues as it has done for the last few races I think he will probably be asking himself that question. There is time to go and we are not making any decisions yet."