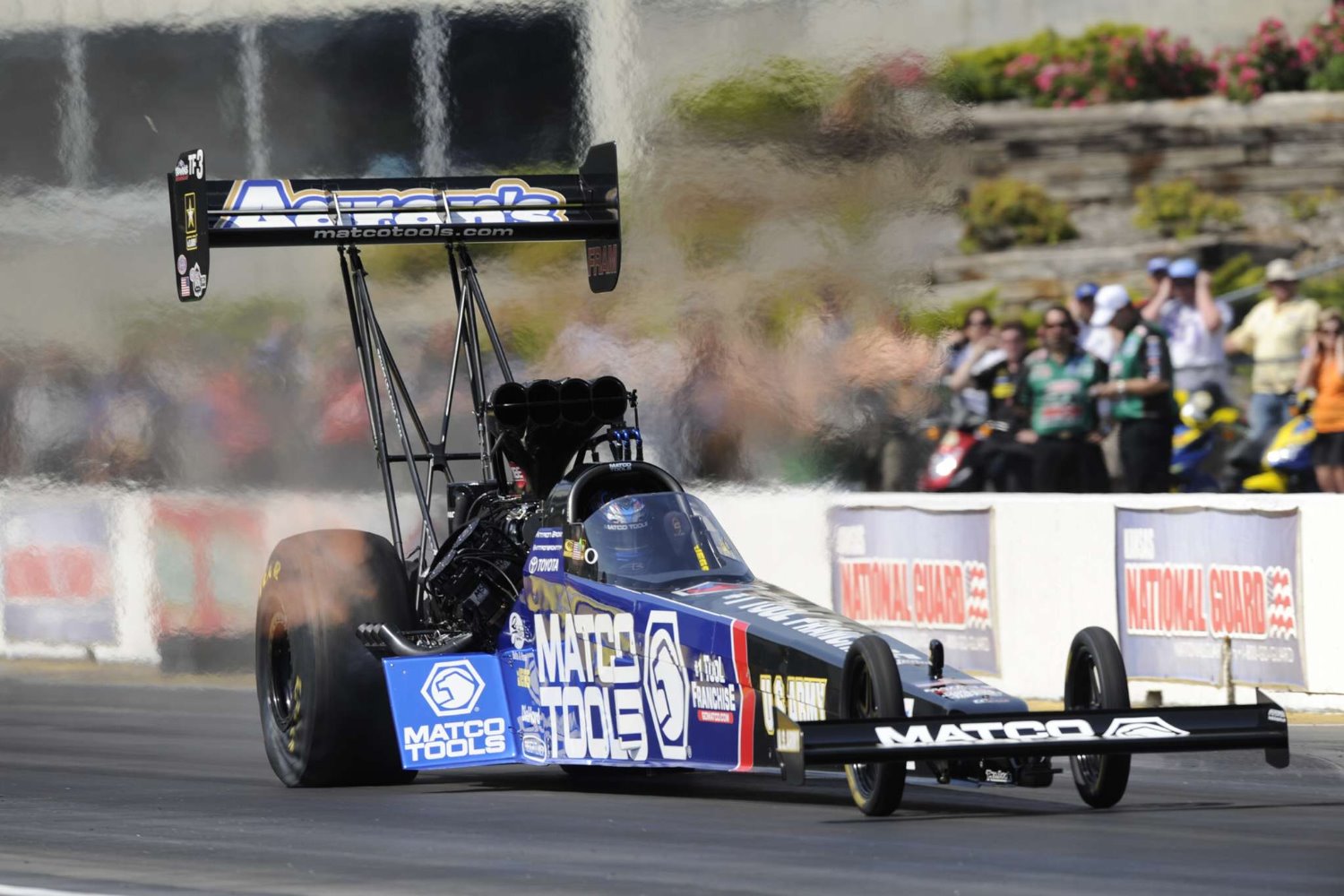 Antron Brown earned his first No. 1 qualifying position of the season Saturday at the Dollar General NHRA Summernationals at Heartland Park Topeka.

No one improved on Brown’s Friday performance of 3.797 at a track record speed of 324.98 mph in his Matco Tools dragster. The best runs of Saturday’s two sessions were turned in by Top Fuel teammates Brandon Bernstein and Morgan Lucas, who posted the four quickest runs of the day.

“The two Morgan Lucas Racing cars went (3.82) today out in the heat, so that definitely set the bar," said Brown, who earned his 30th career No. 1 and first since Oct. 2011. “We tried to step it up for that last session, but we just didn’t make it down. Tomorrow, we’re just going to go back, regroup, and do what we do. It’s race day. That’s when it counts."

Brown, who earned his 30th career No. 1 and first since Oct. 2011, will face veteran driver Cory McClenathan in the first round of eliminations.

In Funny Car, Pedregon took his third top qualifying effort of the season and 48th of his career based on his Friday track record performance of 4.406 at 315.56 in his Snap-on Tools Toyota Camry. He will face rookie Todd Lesenko in the first round.

“We’re ready to go," said Pedregon. “We have to avoid mistakes tomorrow. If we can do that, then I like our chances. We’re focused on racing Todd Lesenko in the first round, and we’ll evaluate things from there. NHRA did a great job of prepping this race track. Even though the conditions are hotter, I think you have no one to blame but yourself if you smoke the tires. We’re going to try to be boring tomorrow. We’re going to try to be workmanlike and pound out four round-wins if we can."

In Pro Stock, Johnson claimed his third No. 1 of the season and 21st of his career by covering the distance in 6.618 at 207.85 in his Team Mopar Dodge Avenger. He will open eliminations against Ronnie Humphrey.

Johnson was second-quickest in both Saturday sessions, following Jason Line first and then Greg Anderson in the final qualifying round.