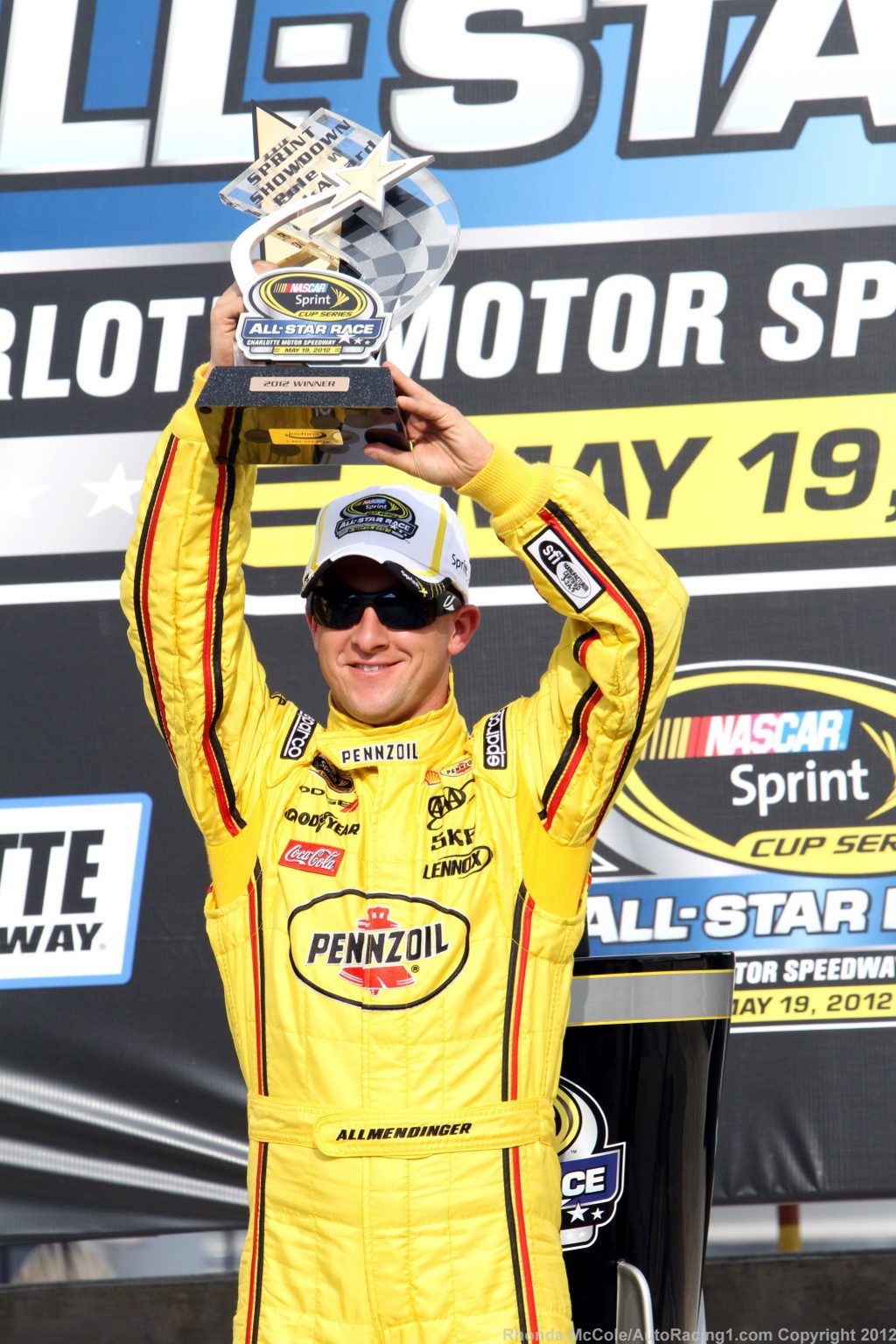 A.J. Allmendinger won the pole for Saturday night's NASCAR Sprint Showdown at Charlotte Motor Speedway, looking for a chance to advance to the All Star event and a shot at $1 million dollars.

Allmendinger turned in a lap of 192.465 mph on the no. 22 Pennzoil Dodge for his first ever pole in the Showdown, which will be run just prior to the All Star race on Saturday.

The first- and second-place finishers in the 40-lap Showdown will transfer to the All Star race, along with a driver voted in by a fan vote.

Allmendinger, currently in his first season driving for Roger Penske, have five starts in the Sprint Showdown, winning the event in 2008 to transfer to the All Star race, where he finished 17th.

"To go win the (Showdown), it's always nice to get a victory even if it's not against everybody but more importantly, to win the thing you have a chance to go win the important one," said Allmendinger. "I got the win in '08 and it's an amazing feeling. Everybody on this race car, everybody with this organization….they deserve to have this car in the All-Star race so I'm going to do everything I can. Hopefully, we'll have a chance at the end of 40 laps to get in the show and if we do that, then we'll have a fun night."