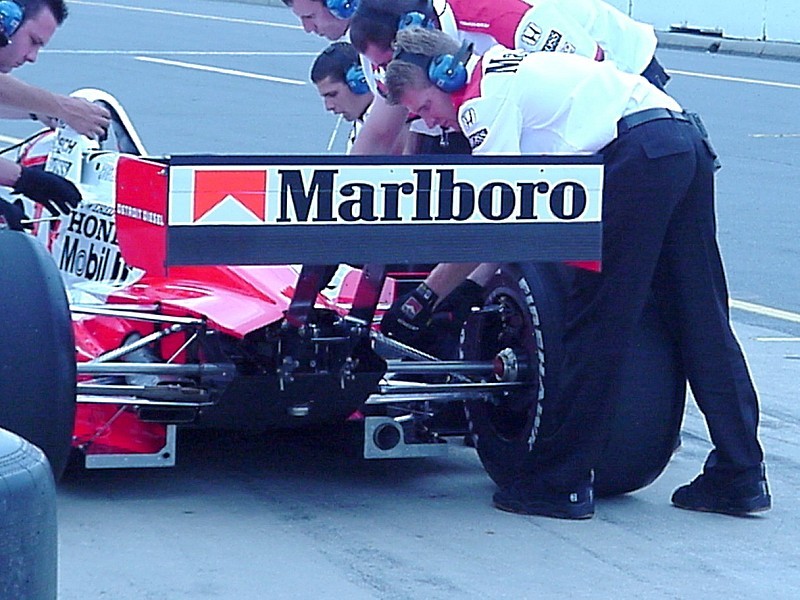 The big hole in the air that the new IndyCar makes through the air as its massive bodywork plows the air aside is producing the same effect as the Handford Device that CART used for the ovals back in 2000. The cost of the Handford Device, which was really a flap of carbon fiber on the rear wing, was about $100. To produce the same effect the teams had to spend over $200,000 on the new IndyCar. $100. $200,000. You decide.

The new IndyCar is slow, period. Wide open, easy flat, and you might get 217 MPH out of it around Indy with no draft (possibly more when the increase turbo boost for qualifying). However, behind other cars and the massive hole in the air they create, the new IndyCar is able to get a huge tow and make significant gains on the car in front. All the top speeds of the week have been with massive tows.

So we will see a lot of artificial passing come race day with drivers swapping the lead almost every lap. No talent required mind you, still easy flat, but they will put on a show for the fans.

The same effect could have been achieved with a nice looking IndyCar and a $100 Handford Device. Instead we have the new IndyCar with its blob of bodywork in front of the rear wheels that makes the car look so bad it has been nicknamed 'The Walrus'.

And to think, Gil de Ferran qualified at over 241 MPH at Fontana in 2000 towing the Handford Device through the air. He hit 260 MPH on the backstraight. It was rumored his engine was producing over 1,000 HP at the time – almost double the current car.