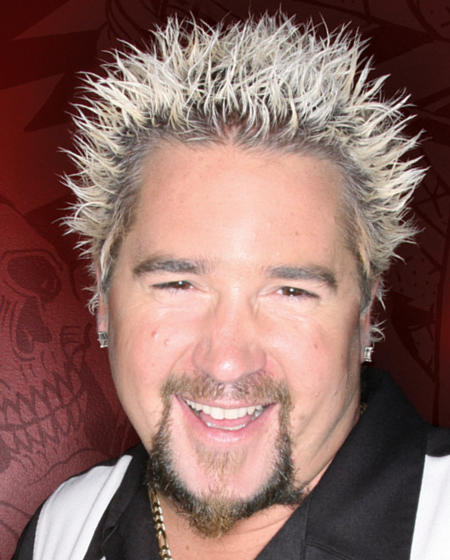 Restaurateur, best-selling author and host of the Food Network's hit show "Diners, Drive-ins and Dives" Guy Fieri will drive the 2013 Chevrolet Corvette ZR1 Pace Car to lead the field of 33 drivers to start the 2012 Indianapolis 500 on Sunday, May 27 at the Indianapolis Motor Speedway.

"There are races and then there are races," Fieri said. "And without a doubt, the Indy 500 is the race that I've always wanted to attend. And now, to be driving the Corvette Pace Car … this is going to be unbelievable."

Fieri co-owns and operates seven restaurants in his native Northern California. Fieri also has demonstrated a deep commitment to working with children, and in 2011 officially launched CWK (Cooking with Kids), a program that encourages developing healthy eating habits to address the childhood obesity crisis, strengthen the family unit by sharing quality time in the kitchen and increase children's self-esteem in a fun and positive way.

"We look forward to welcoming Guy Fieri to the Indianapolis 500," said Jeff Belskus, Indianapolis Motor Speedway president and chief executive officer. "He's full of energy and is a longtime 'car guy' – a perfect match for 'The Greatest Spectacle in Racing.' I'm sure he'll remember forever the moment he fires up the incredible 2013 Corvette ZR1 and paces the field to the green flag."

Said Jim Campbell, U.S. vice president, Performance Vehicles and Motorsports, Chevrolet: "We are excited to have Guy Fieri drive the Corvette ZR1, the official Pace Car for the 2012 Indianapolis 500. Guy will bring his genuine enthusiasm as he leads the starting field to the green flag for the 96th running of the Indianapolis 500. We are humbled by his passion for Chevy and 'The Greatest Spectacle in Racing.'"

The Corvette ZR1 that Fieri will drive at Indianapolis is powered by a supercharged, 6.2-liter LS9 engine generating 638 horsepower, helping to create incredible performance. It's the fastest production car ever offered by General Motors, with a top speed of 205 mph. A six-speed, close-ratio manual transmission and dual-disc clutch apply that power smoothly, while Michelin Pilot Sport 2 tires mounted to 19-inch front and 20-inch wheels and specific suspension tuning provide more than 1g of cornering grip.

Chevrolet is pacing "The Greatest Spectacle in Racing" for the 23rd time, with a Corvette leading the field for the 11th time – both event records.

The 2013 model year will be historic for Corvette, marking its 60th anniversary and the final year for the current "C6" generation.

The 96th Indianapolis 500 is scheduled for noon (ET) Sunday, May 27. Live coverage on ABC and the IMS Radio Network will start at 11 a.m.