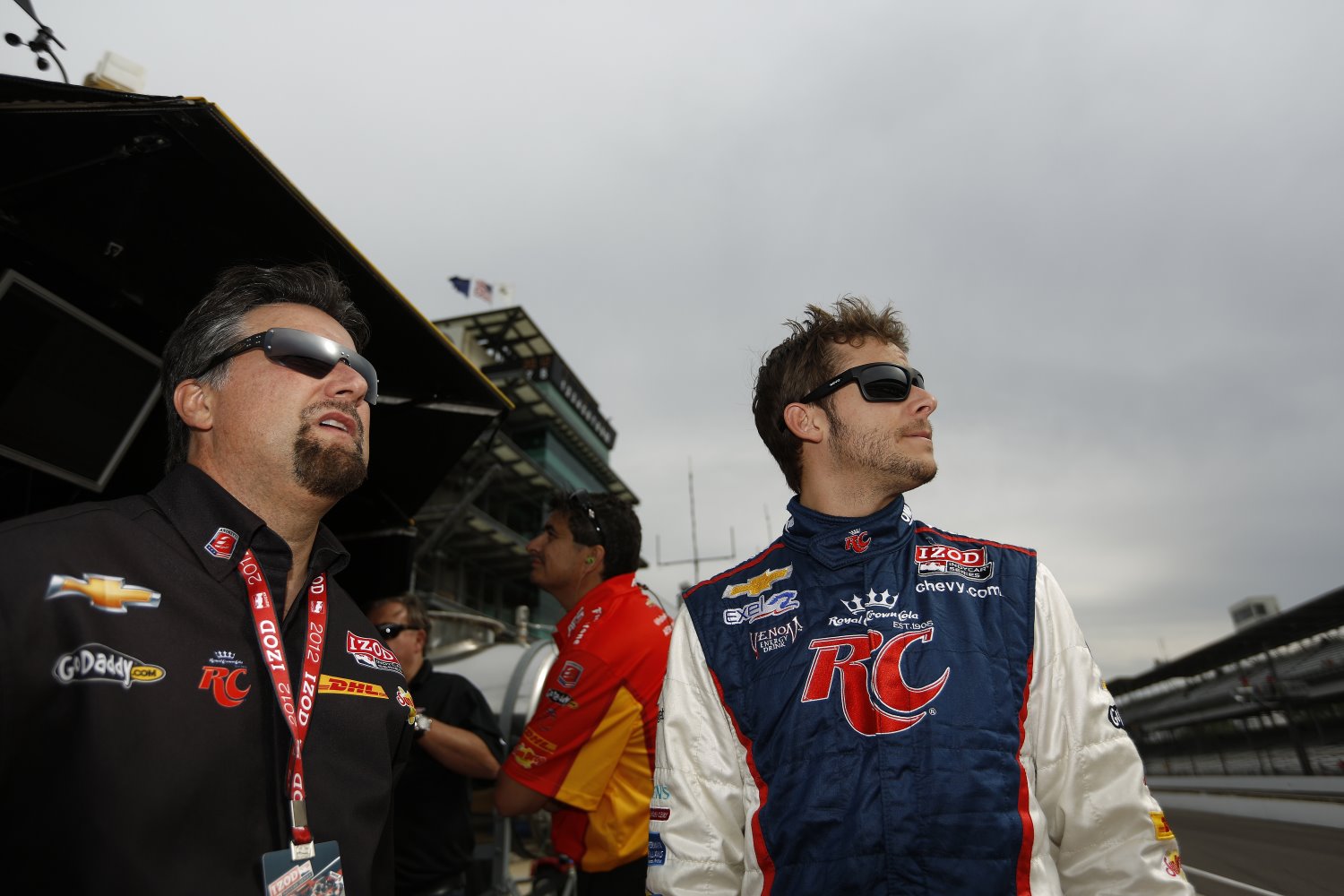 The Andrettis have split up. Michael and Marco Andretti will not work together during this year's Indianapolis 500, and it's unclear if or when they might get back together for race day calls. Michael is now calling races for Ryan Hunter-Reay, who has won three times in the IndyCar Series, while Kyle Moyer is reunited with Marco.

"Dad has now moved to work on Ryan's car, but before that he was on mine and he got so hands-on that my engineer Allen McDonald and I had to literally justify every change we were making to the car," Marco wrote in a blog post that appeared online Saturday.

Team spokeswoman Ryann Rigsby said Sunday the change was actually made before the race in Brazil. Andretti finished 14th in that race, while Hunter-Reay finished second.

Michael Andretti declined comment on the move. Marco went into an engineering meeting following Sunday's practice and was not immediately available for comment, either.

While Marco first four races in 2012 have been frustrating with finishes of 14th, 11th, 25th and 14th, Hunter-Reay has finished in the top-six three times and is fourth in points.

But Marco believes a strong performance at Indy could turn the whole season around. He has finished second, third and third in his three even-year races at the 2.5-mile Brickyard, though he was only 19th on Sunday's speed chart at 217.706 mph.

"We stuck to the single-car runs in the No. 26, so we didn't show the same speed of the guys who were taking advantage of tow from other cars," he said. "But everyone learned a lot from each other." ESPN.com