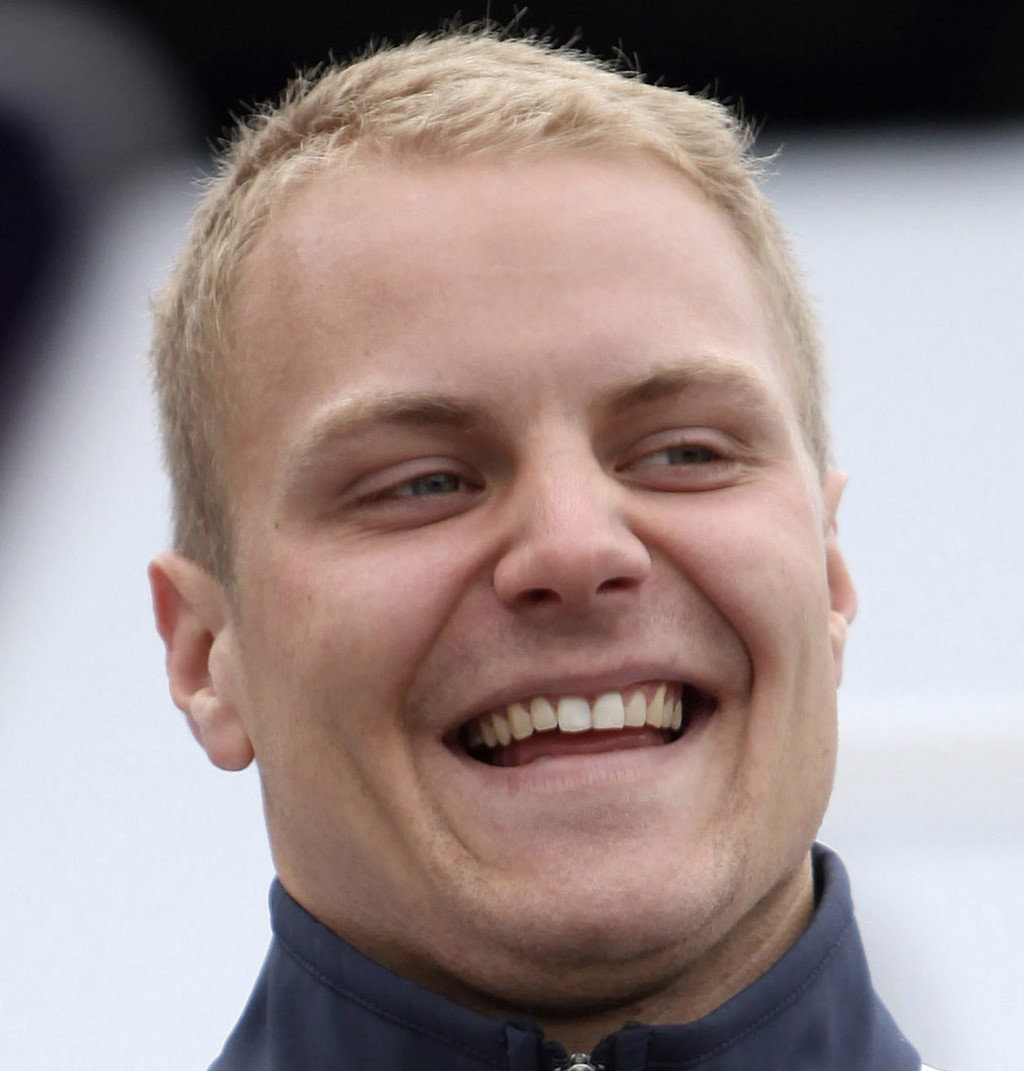 When the Toto Wolff-managed Bottas, 22, was announced as the British team's 2012 reserve, Sir Frank Williams said he would practice on 15 Friday mornings and then "most likely" be replaced with a "more experienced driver" for the rest of those race weekends.

That more experienced driver would ultimately turn out to be Bruno Senna.

So with Brazilian Senna struggling so far in 2012, Salo has revealed he senses things could be about to change.

"Bottas is incredibly respected by the team," Salo, now a commentator for the Finnish broadcaster MTV3, said.

"When I spoke with Frank Williams, he praised Valtteri to the skies, and said that he belongs in the races.

"I asked him when and he said it wouldn't be long.

"Yes, I read between the lines that he means this season," added Salo.

One major spanner in the works, however, is that Senna brings crucial sponsorship to Williams.

"It is a difficult situation for Williams, where both drivers bring money," Salo acknowledged.

"But the good thing is that Frank Williams is not a businessman first, he is an old racing driver. He thinks about nothing else but how to make his team successful.

"Although Senna is a nice guy, he is not able to drive at the level that he needs to be at."

When asked about Salo's theory, Bottas commented: "I have no information."

Ecclestone says Mercedes deal '80 per cent' done
(GMM) Bernie Ecclestone claims he is close to reaching an agreement with Mercedes over the future of the German marque's involvement in formula one.

The parties have been at loggerheads over the F1 chief executive's refusal to offer to Mercedes the same Concorde Agreement deal reached with other top teams Ferrari, McLaren and Red Bull.

In response, it has been suggested not only that the situation threatened the sport's floatation plans, but that Mercedes could sensationally quit F1 at the end of this year.

"We are now 80 per cent there," Ecclestone told the German newspaper Bild am Sonntag in Barcelona.

"We have spoken with several Mercedes managers. I am sure we will see more of Mercedes in formula one."

Bild said the deal being discussed between Ecclestone and the Stuttgart based carmaker will see Mercedes in F1 at least through 2020.

"I have to apologize, but we don't want to give any information at the moment about the state of the negotiations," Mercedes' motor racing vice-president insisted.

Mateschitz, Montezemolo, to join F1 board
(GMM) Dietrich Mateschitz has announced that he will join F1's board of directors once the sport is floated in Singapore.

It has been reported that, as part of Ferrari, Red Bull and McLaren's new Concorde Agreement deals, the three top teams have been promised places on F1's decision-making executive board.

"If that is the case, I would go myself," energy drink mogul and billionaire Mateschitz said in an interview with Salzburger Nachrichten newspaper.

"And I would suppose that for Ferrari it would be Luca di Montezemolo himself," he added. "But it's still in the deliberation phase."

According to the Reuters news agency, that phase might continue for some time, due to volatility in the financial markets.

"If the next two weeks are as bad as the last three, it will be unlikely it (the floatation) will go ahead this summer," an unnamed source said at the Circuit de Catalunya.

"If markets are on a negative trend every day, it's hard to sell an IPO," he added.

More confident is Toto Wolff, the minor shareholder of the Williams team, who is tipped to one day replace team boss Sir Frank Williams.

Asked about F1's planned IPO, the Austrian told Kleine Zeitung newspaper: "I would buy straight away."

Harsh penalty for error-prone McLaren – reaction
(GMM) The penalty might be harsh, but the loss of Lewis Hamilton's pole in Spain is just the latest calamitous mistake by McLaren.

That was the tone of the paddock's reaction to the news late on Saturday that a McLaren gaffe saw the FIA send Hamilton from first to last on the Spanish grand prix grid.

The Sun newspaper called it a draconian "24-place grid penalty" imposed by the FIA after an "astonishing cock-up" by McLaren.

Hamilton was told on the radio to pull over after his pole lap due to a "technical problem".

Sporting director Sam Michael argued 'force majeure', but the stewards ruled that it had been entirely McLaren's fault that not enough fuel was put into Hamilton's car to ensure a scrutineering fuel sample.

Writing in the Telegraph, Tom Cary said the severity of the disqualification "raised eyebrows", but agreed that "McLaren's mistake was horrendous".

He said it has been "a season of errors" by the famous British team, who are yet to get Hamilton's signature on a new contract beyond 2012.

"Hamilton must be seething," read an article in the Daily Mail newspaper, while The Times laid out McLaren's "catalogue of errors".

"McLaren are lovely people but how the hell do they get themselves in this position?" wrote the Mirror's Byron Young on Twitter.

Even the non-English language media agreed.

"It was another great mistake by McLaren that could eventually cost Hamilton the championship," wrote Livio Oricchio in O Estado de S.Paulo.

While highly critical of McLaren's own-goal, however, the feeling in the paddock is that the stewards' penalty – although accepted by McLaren – was overly harsh.

"Back of the grid? Way, way too harsh", said the Mirror's Young on Twitter.

Sky commentator Martin Brundle added: "(I) feel they should have deleted that (Q3) lap time only which would have put him sixth".

And excluding Hamilton from Q3 altogether would have put him 11th. Now, he will be "lucky to score a point", Auto Motor und Sport predicted.

In the Independent, however, David Tremayne noted: "Welcome to the draconian world of F1."

"A good rule should be one that covers all eventualities with a penalty that acts as a deterrent which in this case is what happened.

"Too little fuel can't be tolerated," he added. "It seems harsh but had Lewis taken pole by one thousandth of a second, would it be harsh then?"

The Spanish fans – not Hamilton's biggest supporters dating back to his spats with Fernando Alonso in 2007 – were happy.

Asked on the El Mundo website whether the penalty was fair, 76 per cent answered yes.

The bizarre 2012 contest stepped into yet another gear on Saturday, with events unfolding to put the previously-derided pay driver Pastor Maldonado on pole, alongside the crisis-ridden Ferrari's Fernando Alonso.

And the Pirelli tire predicament, worsened on the challenging Circuit de Catalunya layout and under hot Spanish skies, will continue to confound teams on Sunday, with temperatures set to drop and rain clouds predicted to gather.

"I am telling you now, honestly," said Red Bull's Mark Webber. "We don't have even the slightest idea who will benefit when it gets colder."

The German magazine Auto Motor und Sport laid out the fascinating if bewildering situation as of Saturday in Spain: "Sebastian Vettel doesn't know why his car suddenly lost grip in qualifying.

"Jenson Button has no idea why he couldn't generate any tire temperature on the 40 degrees track. Williams don't know why Pastor Maldonado clocked the second fastest lap.

"Mercedes' engineers had to admit they still don't understand the Pirelli rubber."

Acting team principal Bob Bell smiled tortuously: "If we did understand, we'd be on pole. But even Pirelli don't know all the answers."

Writing in O Estado de S.Paulo newspaper, Livio Oricchio estimated there are up to 12 candidates for victory.

"A grid of madness!" said former F1 driver Patrick Tambay on France's RMC Sport. "And it's not over yet."

So, is Michael Schumacher – having sat out Q3 in order to save tires for the race – now even more critical of Pirelli?

"I'll leave it with what has already been said," he insisted late on Saturday.