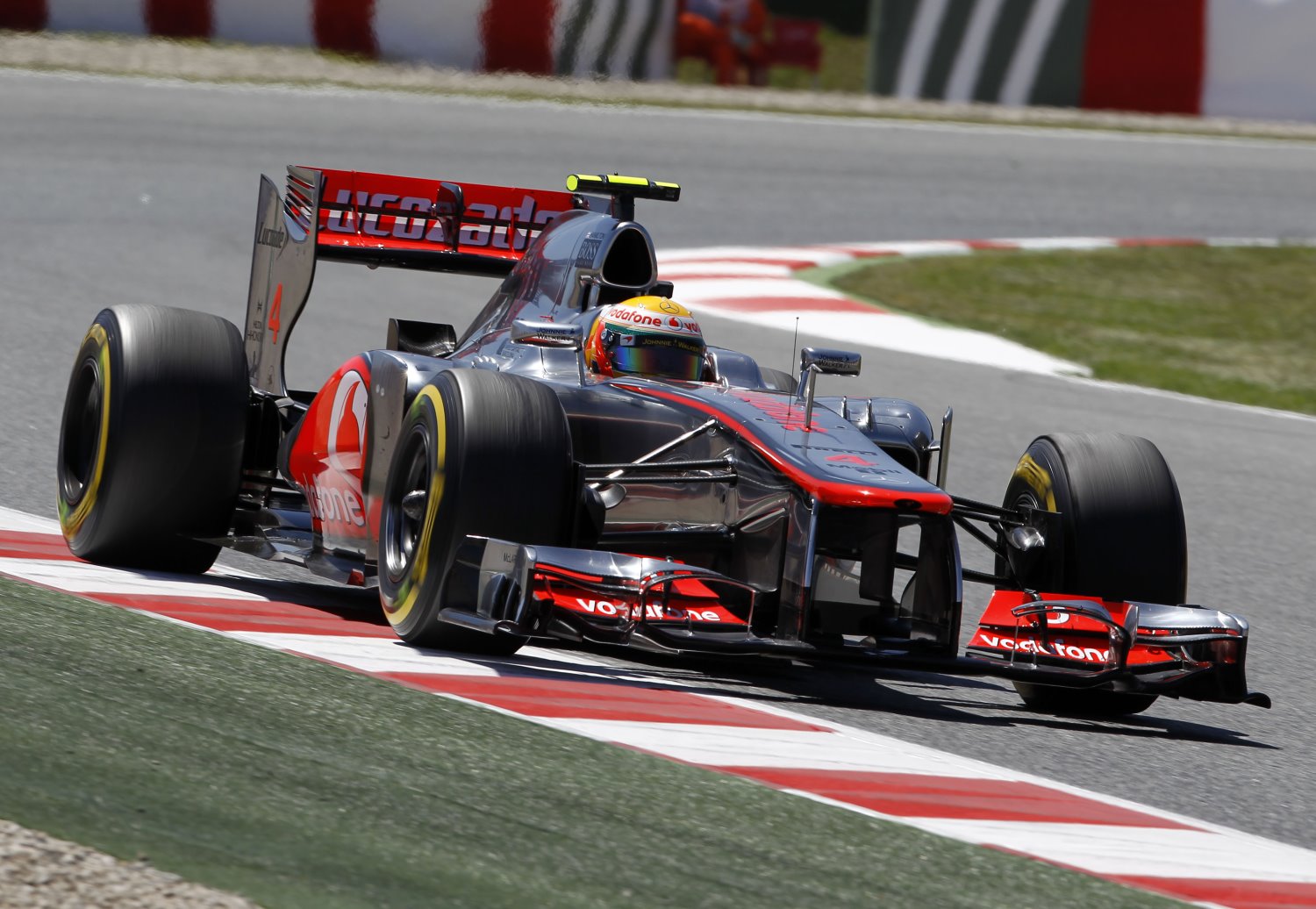 "This is such a disappointment. Today's qualifying session was one of the best I've ever driven," said the 2008 world champion, who has been relegated to the very back of the grid.

His McLaren engineer had instructed him to stop on the track with a "problem" after completing his pole lap. It emerges that the team was worried Hamilton would not have enough fuel left in the car for the mandatory 1 liter FIA sample. But rule 6.6.2 requires drivers to return to the pits after qualifying under their own power.

The stewards said in a statement: "As the amount of fuel put into the car is under the complete control of the competitor the stewards cannot accept this as a case of force majeure."

"Since we accept that the stewards didn't agree with our interpretation of force majeure, we didn't contest their decision to penalize him," said team boss Martin Whitmarsh.

It means Pastor Maldonado inherits his first pole; the first for Williams since Nico Hulkenberg in 2010.

From The FIA Stewards of the Meeting
To All Teams, All Officials
Document 36
Date 12 May 2012

‘The Stewards received a report from the Race Director which stated that during post-qualifying scrutineering a sample of fuel was required from car 4, however, the car failed to return to the pits under its own power as required under Article 6.6.2 of the FIA Formula One Technical Regulations.

The Stewards heard from the team representative Mr. Sam Michael who stated that the car stopped on the circuit for reasons of force majeure. A team member had put an insufficient quantity of fuel into the car thereby resulting in the car having to be stopped on the circuit in order to be able to provide the required amount for sampling purposes.

As the amount of fuel put into the car is under the complete control of the Competitor the Stewards cannot accept this as a case of force majeure.

The Stewards determine that this is a breach of Article 6.6.2 of the FIA Formula One Technical Regulations and the Competitor is accordingly excluded from the results of the Qualifying Session. The Competitor is however allowed to start the race from the back of the grid.’