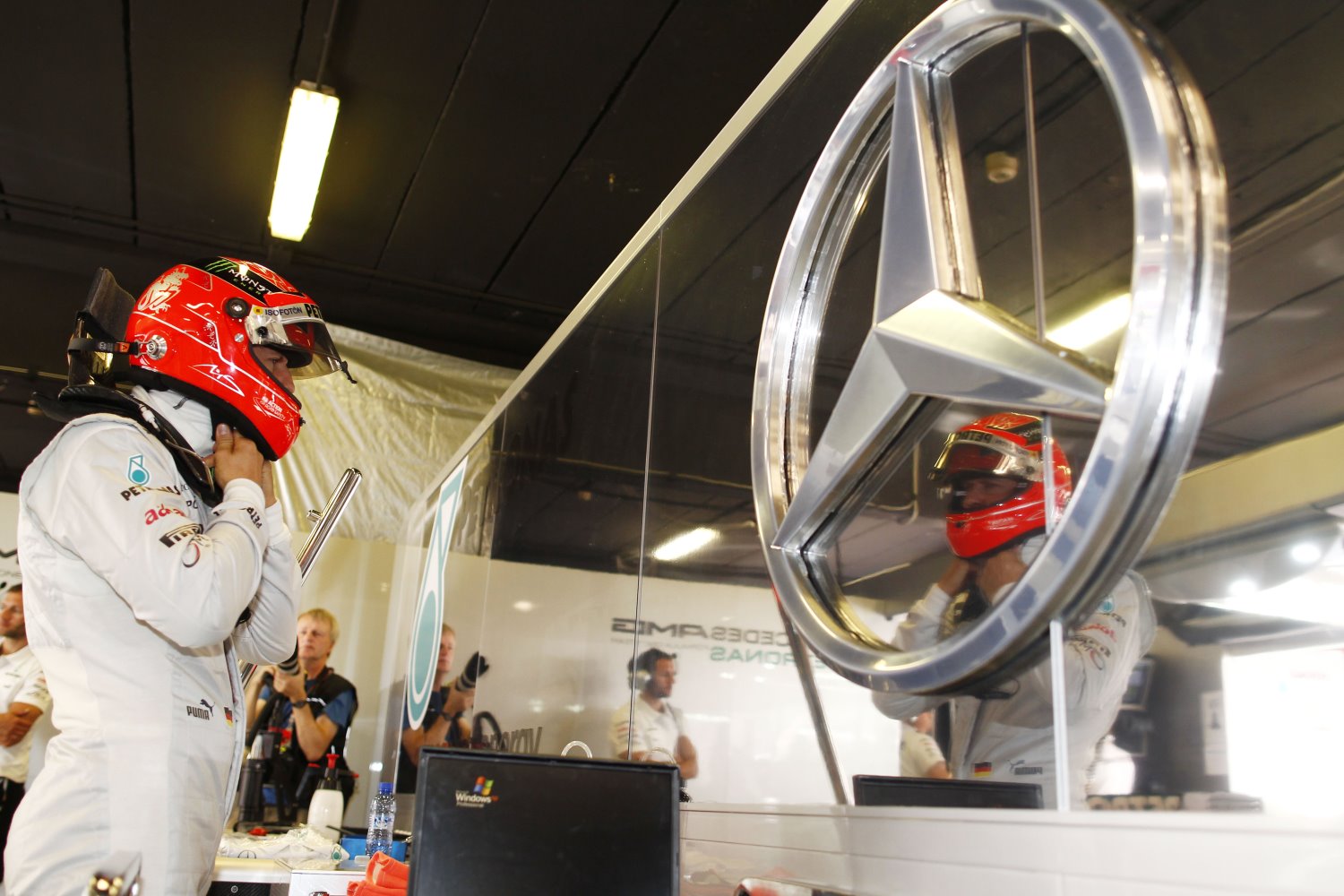 Michael Schumacher says his decision not to run in Q3 was based on the need to save tires for Sunday's Spanish Grand Prix.

The Mercedes driver was one of three who did not set a lap time in the final qualifying shoot-out, however, unlike his rivals Kamui Kobayashi did not do so before his car was out of action.

Therefore it was just Schumacher and Sebastian Vettel, who will line up P10 and P8 respectively, who intentionally did not set times with both drivers just putting in a lap before heading back into the pits.

"It was all about knowing where we were positioned," Schumacher revealed.

"We have some tires left over which I'd prefer to save for tomorrow. I hope in the race it pays off.

"We had various plans and I decided on that one. I thought I'd rather save my tire."

His teammate Nico Rosberg, who did set a time, qualified in seventh place, 1.298s down on Lewis Hamilton's pole position time.