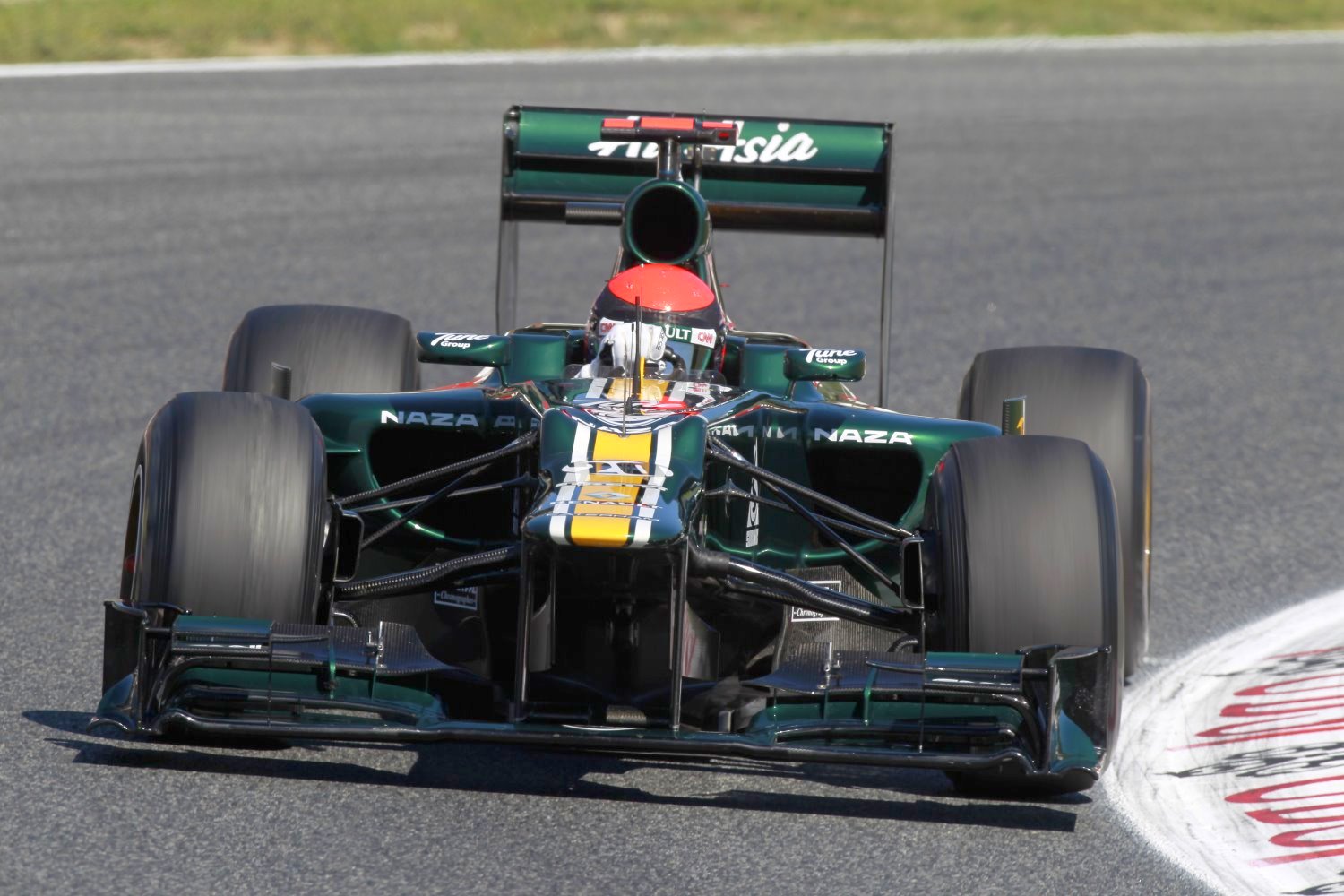 UPDATE Added 3 photos to the article.

One small step for Alexander Rossi on Friday marked a significant stride for Americans eager to see a U.S. driver back on the Formula One starting grid.

When the Californian stepped into a Caterham cockpit and roared out of the pits in first practice for the Spanish Grand Prix, he became the first American to take part in a Formula One race weekend since Scott Speed in 2007.

"It's only free practice but it is a step in the right direction," the 20-year-old British-based driver told Reuters in the Barcelona paddock.

"It was quite cool for me … it was an actual Formula One official session with the entire team being here and me being one of their first drivers on the track and them looking at me for information.

"There was quite a bit of pressure that went with it but at the same time so exciting for me to actually be in a real session and representing America," added Rossi.

The team reserve, who had previously taken part in a young driver test for the Malaysian-owned team, has a long way to go before he starts a race but the stars may be aligning in his favor.

A new track in Austin, Texas, will this year host the first grand prix in the United States since 2007 with New Jersey set to follow in 2013.

"Hopefully when Austin comes around and basically I'm part of the team, the fans there can put two and two together and start to get behind Formula One," said Rossi.

"It's a long process I think but with two races on the calendar and hopefully having me on the grid next year, we're working very hard with corporate America. I think it's all coming together but it is a long process."

British-based Caterham, who use Renault engines, have Finland's Heikki Kovalainen and Russian Vitaly Petrov as their two drivers. The team have yet to score a point since their debut in 2010.

Speed also failed to score a point in 18 races for Toro Rosso in 2006 and 2007 and the last U.S. driver to have any measure of success in Formula One was Michael Andretti with McLaren in 1993.

But the son of 1978 world champion Mario was widely seen as a failure in grand prix racing, scoring seven points in 13 races before heading back across the Atlantic.

Formula One, with an eye on a key market for carmakers and sponsors, has long dreamed of having another U.S. winner like Mario Andretti or 1961 champion Phil Hill.

"Caterham realizes corporate America and the American consumer market … is the largest consumer market in the world and it is something that needs to be part of Formula One," said Rossi.

"At the same time corporate America doesn't really have an interest in Formula One because there is nothing American in it at this point.

"It is European and all made by Europeans. Until that changes the interest isn't going to be at the level it needs to be," added Rossi.

"The timing is very good, with two grands prix coming … I feel I am well enough prepared to be in a race seat next year." Yahoo/Eurosport