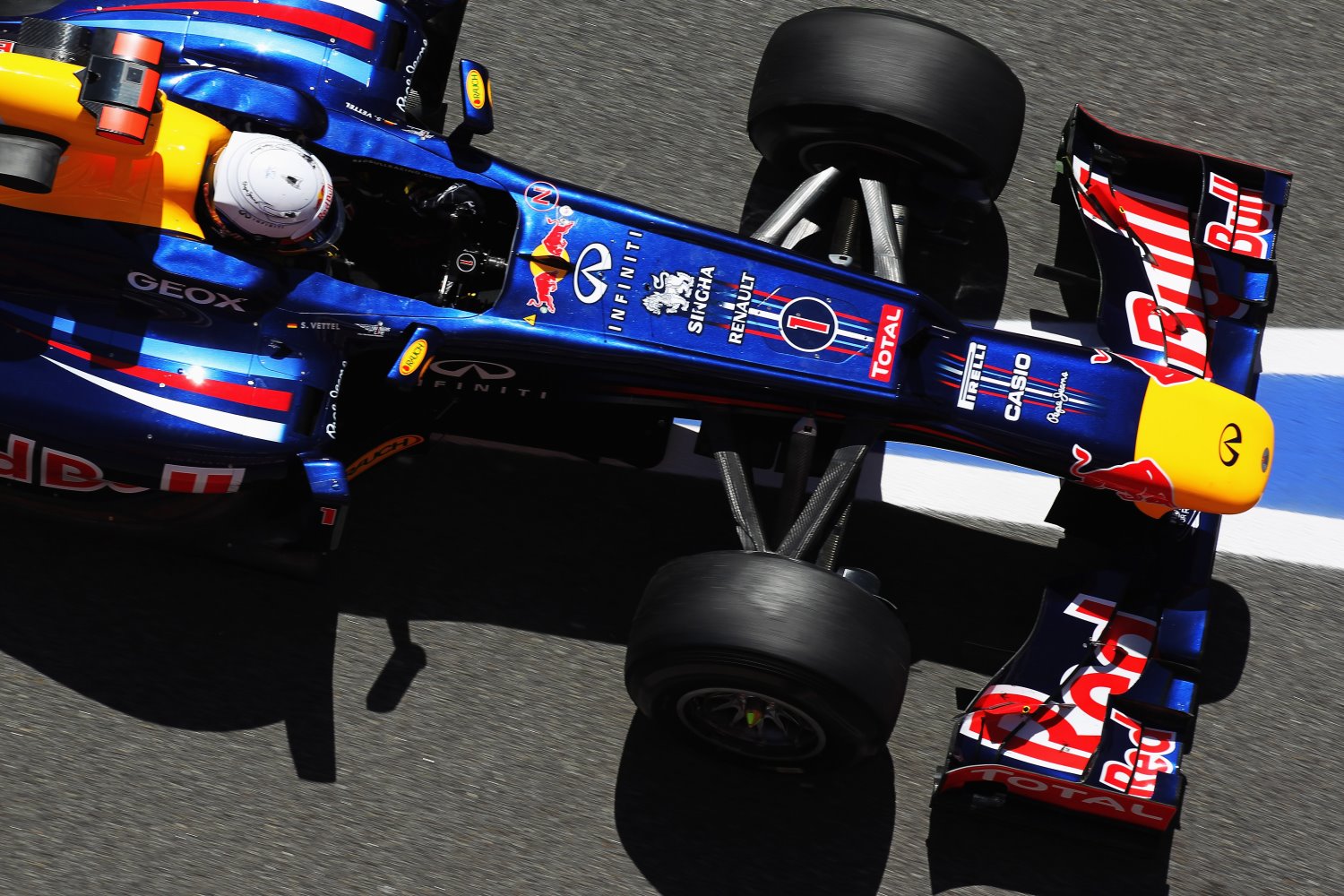 Sebastian Vettel topped the final practice session in Barcelona for Sunday's Spanish GP, with a best lap of 1m23.168s in his Red Bull-Renault.

Pastor Maldonado was a strong second for Williams Renault, ahead of Kumai Kobayashi in the Sauber, Mark Webber fourth in the 2nd Red Bull and Sergio Perez in fifth in the other Sauber.

Fernando Alonso finished the session in sixth for Ferrari, with Vergne seventh, Jensen Button eighth, Kimi Raikkonen ninth in the Lotus and Nico Rosberg rounded out the top 10 for Mercedes.

The rest were saving tires with Massa ended up 11th, Hamilton was 16th just ahead of Schumacher and Grosjean didn't get a time on the board after suffering a fuel pressure problem on his first run.

Lotus are tipped by many for success in Barcelona this weekend, although Romain Grosjean’s chances took a knock when he stopped in the opening minutes of final practice on Saturday morning. The Franco-Swiss, suffering a loss of fuel pressure, pulled off the circuit at the La Caixa hairpin behind the paddock complex.

“Maybe we’ll have another run but unfortunately I think it’s not good for this morning," he told Sky Sports. “We’ll see what we can do. The engine stalled on the straight – we are looking at what is going on – and there is nothing we can do.

“It’s a shame to lose FP3, we haven’t been able to do what we wanted, but that’s how it is. We’ll try and do the best we can for later."

On Friday, Grosjean finished sixth but was able to match the first and second sector times of pace-setting Jenson Button, despite carrying a suspected heavier fuel load.