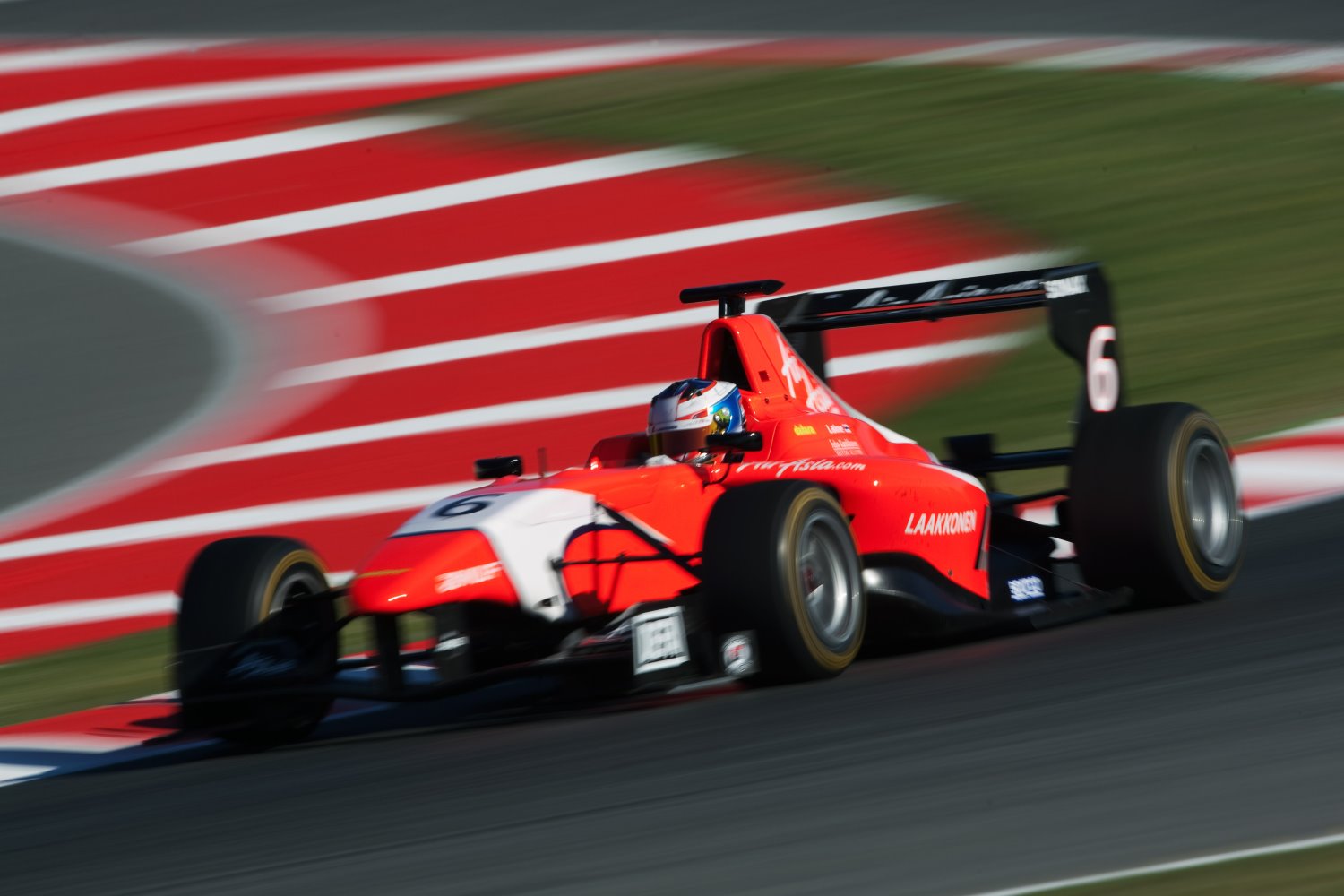 The 2012 GP3 season got underway in Barcelona and it was Finn Matias Laine from MW Arden who made the best start with the fastest laptime of 1:38.878 at the Circuit de Catalunya. He edged out his teammate David Fumanelli by a mere 0.099s.

The first free practice session of the third GP3 Series season opened in sunny and warm conditions as the twenty-six drivers took to the track for their installation laps. Carlin Racing’s Alex Brundle was the first man onto the circuit and the first to set the early pace in the 1’40s.

Marussia Manor Racing’s Fabiano Machado spun off at turn 14, making light contact with the tire barrier but was able to continue on in the session. Antonio Felix Da Costa then went to the top of the timesheets after 15 minutes before Fumanelli shot to P1 and became the first driver to break into the 1.38s barrier, half a second quicker than the Portuguese ace.

Laine rose to P1 with 20 minutes of practice remaining ahead of his Italian teammate and kept control of the timings for the 45 minute session. Mitch Evans went fourth fastest whilst the Lotus GP trio made their appearance onto the track in the latter stages of practice and all set times in the top ten.

As the checkered flag was waved to signal the end the first practice of the season, MW Arden’s Laine and Fumanelli led the way and were followed by Aaro Vainio, Conor Daly and Daniel Abt from Lotus GP. P6 was Evans, with Felix Da Costa, Brundle, Tamas Pal Kiss and Marlon Stockinger completing the top ten.

Tio Ellinas stopped on the circuit in the early part of the session with gearbox gremlins and only completed one installation lap.